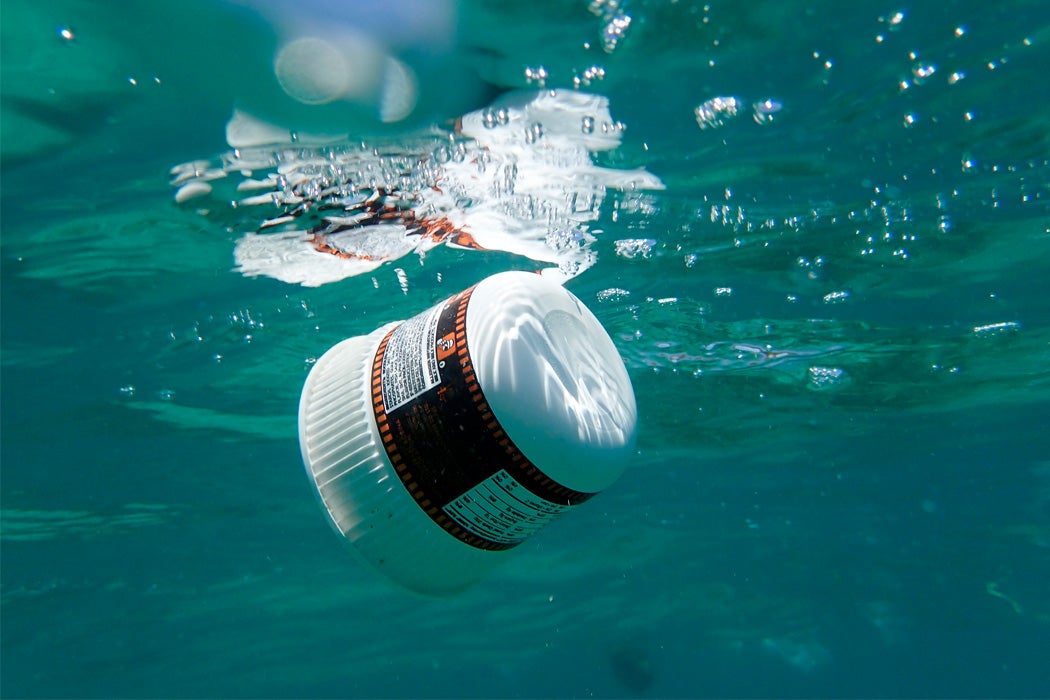 The plastic debris floating in the world’s oceans entangles wildlife, kills birds that swallow it mistaking it for food, and seeps into the food chain, showing up in fish that humans eat. A major threat to the ocean, this plastic pollution is estimated to cause more than $13 billion in economic damage to marine ecosystems each year. Turns out, it also disturbs important ocean bacteria, and the effects are far more profound than one may think.

Dispersed throughout the upper 200 meters of ocean, abundant and important bacteria known as Prochlorococcus govern many processes that happen not only inside that water, but also on land. These tiny green species have been called the ocean’s invisible forests because they perform similar functions to what plants do on earth. Prochlorococcus are photosynthetic organisms—they use sunlight to convert carbon dioxide into oxygen, adding it to the atmosphere like miniature plants. They are a type of Cyanobacteria, which were the planet’s first oxygen-producing creatures—so they are essentially the ancestors of today’s plants.

A single drop of ocean water can contain 20,000 Prochlorococcus.

Prochlorococcus may be the most plentiful microorganisms on the planet. They produce nearly ten percent of the all the oxygen we breathe. A single drop of ocean water can contain 20,000 of them. But despite their abundance, they managed to evade modern science until fifteen years ago, when Sallie W. Chisholm from the Massachusetts Institute of Technology and Robert J. Olson from the Woods Hole Oceanographic Institution first discovered the species. Passing the ocean water through a flow cytometer—a device that detects and measures physical and chemical characteristics of particles suspended in fluids—the scientists noticed the cells, which were later named Prochlorococcus.

Because there is less sunlight in the deep-sea water column, Prochlorococcus evolved to harvest light very efficiently. It is also a major player of the global carbon cycle. But scientists at the Macquarie University in Australia have found that these bacteria are susceptible to plastic pollution, which interferes with their growth, functioning, and oxygen production.

Working in lab settings, the team exposed two strains of Prochlorococcus, which live at different depths in the ocean, to chemicals leached from two common plastic products: polyvinyl chloride (PVC), and plastic grocery bags, which are made from high-density polyethylene.

The scientists found that exposure to these chemicals impaired Prochlorococcus’s growth and function, including the amount of oxygen they produce. It also altered the bacteria’s expression in many of their genes. “We found that exposure to chemicals leaching from plastic pollution interfered with the growth, photosynthesis, and oxygen production of Prochlorococcus,” says Macquarie University researcher Sasha Tetu, lead author of the study published in Communications Biology. Moreover, the higher the concentration of the plastic pollution, the thinner the density of the bacterial population. The team’s next step would be to take their experiments out to sea and see how Prochlorococcus fare in nature. “Now we’d like to explore if plastic pollution is having the same impact on these microbes in the ocean,” Tetu says.

Is oxygen deprivation looming ahead? The diminished oxygen production will have a ripple effect through the earth’s ecosystems. “Plastic leachate exposure could influence marine Prochlorococcus community composition and potentially the broader composition and productivity of ocean phytoplankton communities,” the authors note in the study. We won’t start suffocating any time soon, but the magnitude of these changes isn’t yet understood.

The Cells That Rule the Seas
By: Steve Nadis
Scientific American, Vol. 289, No. 6 (DECEMBER 2003), pp. 52-53
Scientific American, a division of Nature America, Inc.
Evolution of a divinyl chlorophyll-based photosystem in Prochlorococcus
By: Hisashi Ito and Ayumi Tanaka
Proceedings of the National Academy of Sciences of the United States of America, Vol. 108, No. 44 (November 1, 2011), pp. 18014-18019
National Academy of Sciences 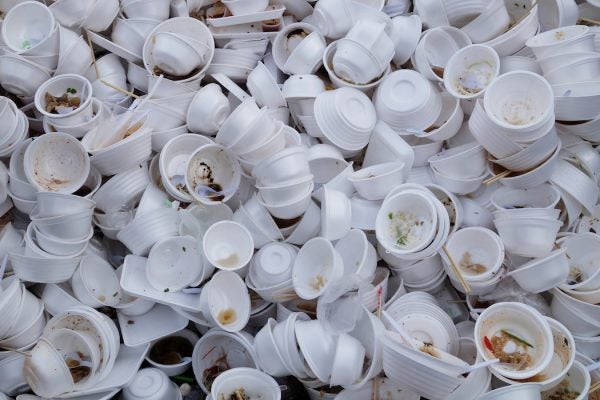