Do You Even Language, Bro? Understanding Why Nouns Become Verbs

Understanding the phenomenon known as “verbing”–where nouns are turned into verbs. 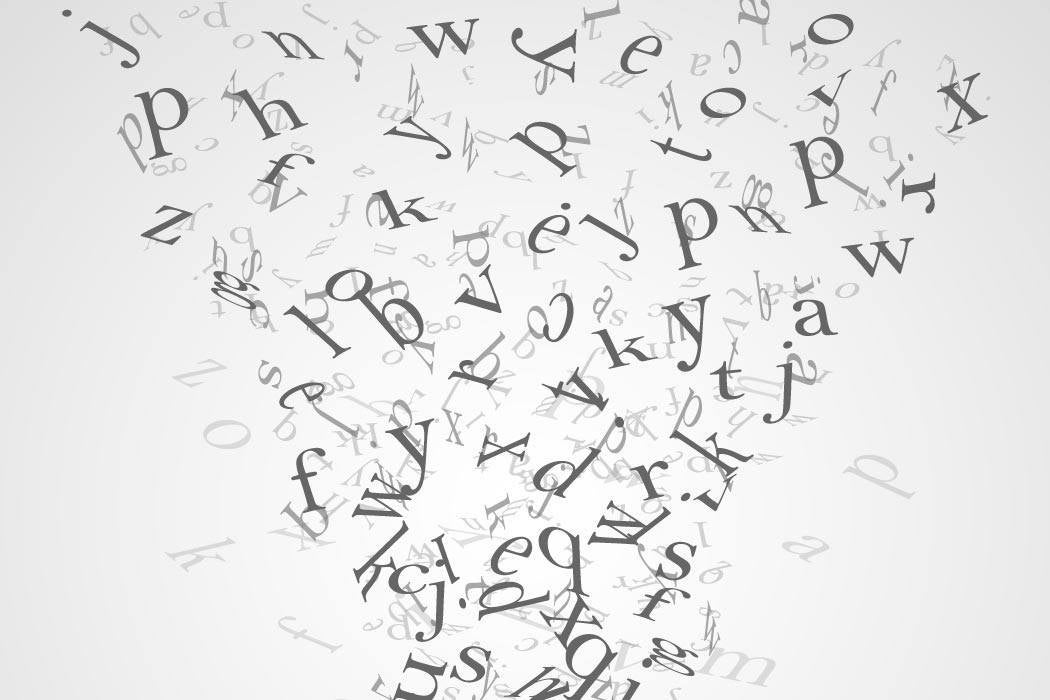 Ah, the topsy-turvy world of language innovation, where the lion lies down with the lamb, nouns suddenly become verbs, and “verbing weirds language.” Consider popular internet memes like “Let me librarian that for you” and “Do you even science, bro?” in which “librarian” and “science” are nouns weirdly disguised as verbs. So is this a playful new linguistic construction or is it time to roll our eyes at the internet, again?

The dicey practice of turning a noun into a verb has long been a square on the language pedant’s bingo game. Take examples like dialoguing, actioning, efforting, or transiting. (No really, please take them away.) It’s easy to see why these awkward constructions might elicit, as Fowler put it, “cries of anguish.” Why use these nouns as verbs at all when there are already perfectly good verbs like talk, act, etc. that mean the same thing? Is the jargon-riddled business world impacting (first used as a verb c. 1600) how we speak now? Can we just boycott (thanks, Captain Charles Boycott) them and Houdini our way out of this mess?

Shakespeare was quite the inveterate verber.

The conversion of nouns into verbs is not actually a new phenomenon. Some call it “verbing,” which sounds like a new dance craze, while linguistic nerds call it denominalization. Benjamin Franklin preferred to call it “awkward and abominable.” (And many modern language pundits apparently are still fighting the good fight on his behalf). But before you join them and “out-Herod Herod” over denominal verbs, know that Shakespeare was also quite the inveterate verber—one among many—because nouns have been verbing their way all over the English language for quite some time. While some examples might be questionable, denominal verbs can also be useful. We shouldn’t write them all off just yet.

Some people are only happy with denominal verbs when it rains. We’re also not fazed by them when buttering our bread, lacing our shoes, elbowing our way out of a crowd or petitioning the president to stop bombing villages. We can now email, text, friend, and blog without difficulty. These everyday denominal verbs have long been accepted as ordinary verbs through their frequent usage.

But denominal verbs are also extraordinary—they act as vivid linguistic shortcuts. By just converting a noun to a verb, unique information is conveyed (and enriches the language with new rhetorical imagery). This works because if you know the properties of the noun, you can quickly determine the likely meaning of the verb. Rain rains, emails are emailed, and if you bike somewhere, you’re not exactly traveling in a car. Using the noun instead of a verb would otherwise require a longer expression. Compare “We got out by nudging others out of our way with our elbows” (more literal) with “We elbowed our way out” (more figurative). It’s remarkably economical, following Gricean principles of conversation, since denominal verbs are really more like verbalized sentences, Eve V. Clark and Herbert H. Clark explain in their 1979 study, “When Nouns Surface as Verbs.” The more concrete and unambiguous the noun’s meaning, the more easily it’s accepted as a verb. After considering over 1,300 examples of denominal verbs from TV, radio, newspapers, and novels, it’s no surprise that Clark and Clark found that the majority of them come from nouns that “denote a palpable object.”

How We Understand “Innovative” Verbs We’ve Never Heard Before

Denominal verbs are even more interesting than you think. One amazing feature of language innovation is our ability to invent and understand words we’ve never heard before. Enter “innovative” denominal verbs: they’re created on the fly and can somehow be understood by a non-mind reading listener instantly. Some examples include, “Will you cigarette me” (Mae West), “We all Wayned and Cagneyed” (New York Times Magazine), or “My sister Houdini’d her way out of the locked closet.”

Invented verbs from proper nouns are a linguistic phenomenon that YOLO for the moment. They rarely last long enough to make it to a dictionary (except as idioms separated from the original noun, such as “boycott” or “lynch”). For that reason many might discount these neologisms as insignificant ephemera, but the fact is that this kind of creative verbing is prolific in modern speech, particularly in internet culture—and it’s changing how we all use language.

So how are we supposed to understand verbs we’ve never heard before when they’re not even in the dictionary? Somehow we manage to figure it out. As Matt Damon might say: “I’m gonna have to science the shit out of this.”

According to Clark and Clark, when it comes to creating innovative denominal verbs, you need to draw on a shared cultural knowledge of the original noun. Verbing works if you can reasonably assume that the salient features of the noun are so obvious that the verb sense would be easy to figure out. The context provides additional semantic clues. So, if you know the stereotypical properties of a noun like brick (it’s an inert rectangular block), you can reasonably figure out what it means to say “I bricked my phone,” even if you’ve never seen the word used like this before. (To emphasize: “I did something to my phone to render it as useless as an inert rectangular block,” meaning it’s “like a brick,” which becomes a stand in for “I broke my phone”).

Proper nouns as verbs are trickier. It seems weird to use a person’s name as a verb, but we do all it the time. In order to understand expressions like “My sister Houdini’d her way out of a locked closet” or “He Kanye Wested me before I could say anything,” we need special information about who Houdini or Kanye West are and what they’re best known for in popular culture. While brick has a well-defined sense, a name refers to a person who might have any number of potential senses that could change over time. Proper noun type verbs have to be constructed carefully because a listener has to juggle multiple theories in order to reach the intended meaning, even with context clues. Kanye West might be famous for many things, but you’d have to both agree that contextually, it’s probably that notorious incident involving Taylor Swift that has emerged as a salient pop cultural reference.

So innovative verbs can have a “shifting sense and denotation—one that depends on the time, place and circumstances of their use.” Contextually, we understand that the verb in “bricking a phone” can be different than in “bricking a fireplace.” If your listeners don’t share the same cultural knowledge, you might end up bricking your shiny new denominal verb. A pre-1979 example like “General Motors was Ralph Nadered into stopping production of the Corvair” might refer to one thing, but unless Ralph Nader has always been up to the same old trick, “To Ralph Nader an election” after the 2000 US presidential election might mean something else entirely to the next generation.

Why We Verb On the Internet

Verbing can be a faster and fresher way to convey tired information. And it can do so with a sense of humor and surprise. The internet and social media have made it easier than ever to share neologisms, but it’s not just about creating new words. It’s also about creating new forms. The internet loves linguistic shortcuts, because memes. (This new construction of because + noun has become popular online and replaces having to explain something in a longwinded fashion). Verbing likewise thrives in a fast-paced, short attention span internet culture, which is all about the viral sharing and remixing of pop culture memes. If you get the reference, you too can be a member. After all, punchlines are no fun if they have to be over explained.

But this isn’t your gran’s verbing—instead of a single noun or name, it’s the internet meme itself that provides the contextual framework. In the line, “She houdini’d out of a locked closet,” it’s the phrase “locked closet” and the subject’s name recognition that helps a listener understand what “houdini” means. But without knowledge of the well-known expression “Let me Google that for you,” the phrase “Let me librarian that for you” is harder to understand. If you don’t know the internet meme “Do you even lift, bro?” (which expresses skepticism for someone’s knowledge), you won’t really get the “Do you even science, bro?” meme. These memes tell us exactly how we’re supposed to understand these new verbs, as though we were dealing with a more concrete noun.

While many of these verbs may not last, it’s evident that verbing under the influence of memes has changed the way we talk. It may be weird, but somehow it ends up working. Because language. 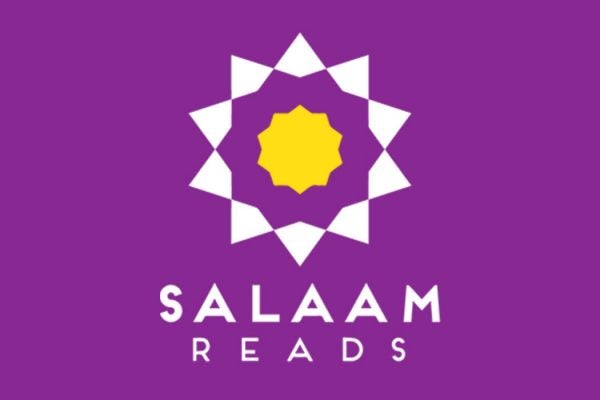