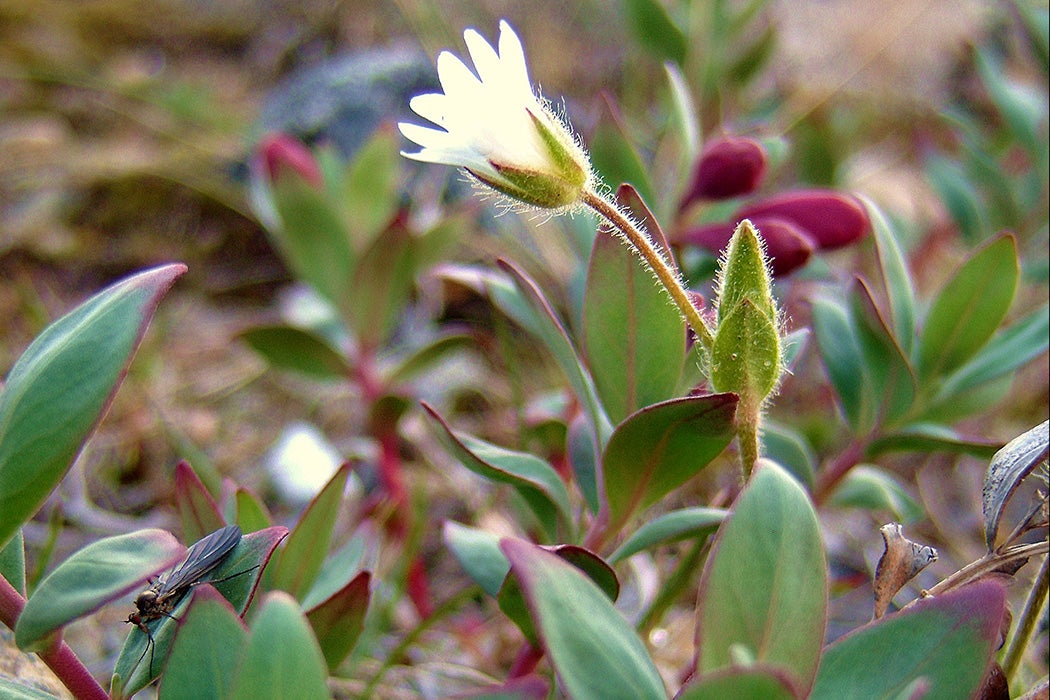 As winter approaches, not all plants die. Despite frigid arctic temperatures, some plants in northern regions can survive – and even thrive—in the cold.

But Arctic plants are sensitive, relying on specific temperature cues for flowering. And as climate change intensifies, warming temperatures could upend this delicate balance, impacting species survival in this unique environment.

A study conducted by Zoe Panchen examined when Arctic plants flower in Nunavut, a northern region in Canada. Winter temperatures can dip to -31 degrees Celsius (almost -24° F.) However, over the past 100 years, the region has warmed 1.5 degrees Celsius. Furthermore, recent research indicates the Arctic is warming four times as fast as the rest of the world, which could lead to catastrophic effects in the region and beyond.

With warmer temperatures, they expected plants’ time of flowering would shift earlier.

Previous research has suggested that warming temperatures could make plants shift their flowering times. To validate this, and assess how severe it might be, Panchen examined the temperature-sensitivity, which is the number of days per degree Celsius that flowering time may shift. With warmer temperatures, they expected plants’ time of flowering would shift earlier.

Panchen examined two field sites to examine flowering times of the 50 most common flowers in the area, as well as referenced herbarium guides to quantify previous flowering times.

At each site, Panchen measured the start of flowering, peak flowering, number of flowers, and the duration of flowering. At the more northern site, Panchen found plants had adapted to a colder, shorter growing season. Each site has a unique microclimate (local environmental conditions) which appeared to impact plant flowering more so than location or elevation.

Panchen examined 23 common species in the herbarium study to observe their flowering over time. She found again great diversity in flowering times – but species unique to specific areas, such as Arctic islands or archipelagos, were far more temperature-sensitive than those on the mainland or further south. These Arctic plants are highly adapted to their area, and small temperature shifts can have a lasting impact on their survival.

A selection of stories to foster dialogue among students both inside and outside of the classroom.