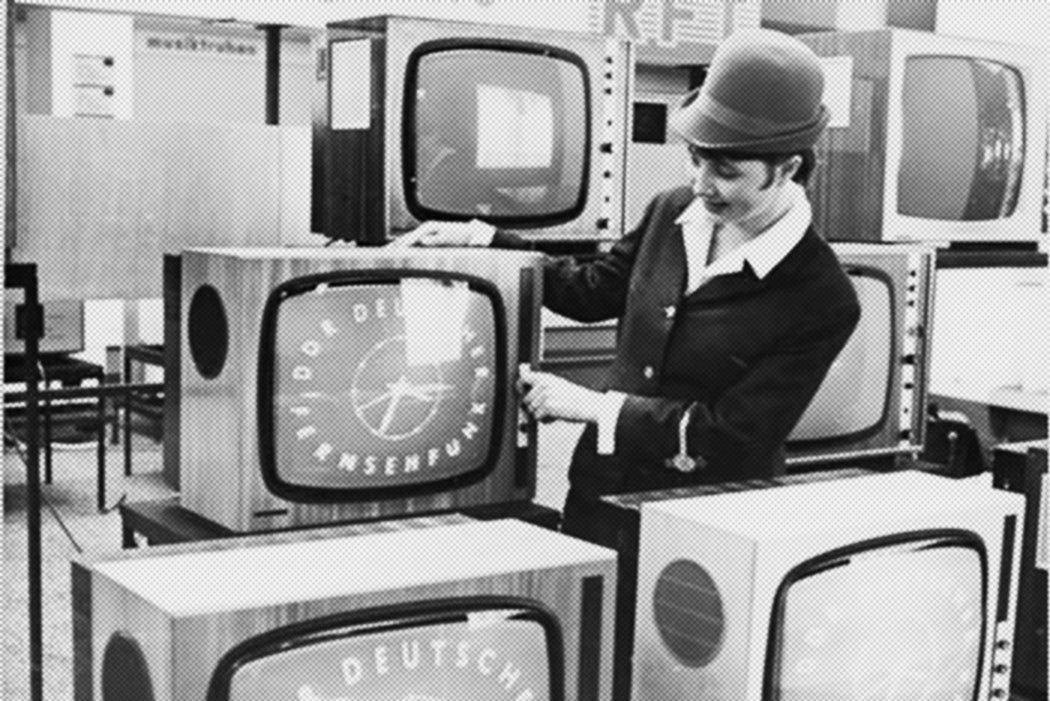 In the early post-war years, Soviet propaganda ridiculed the “American Way of Life”—a message that resonated with German intellectuals who saw American pop culture as trashy and vulgar. To Germans living in ruined cities, struggling for food and shelter, images of a lavish consumer lifestyle seemed off-putting. Instead, many Germans embraced a Spartan aesthetic as a symbol of national spiritual redemption.

But this was problematic P.R. for the U.S. “More than merely humiliating, perceptions of a degraded American ‘non-culture’ also subverted U.S. plans for Europe’s postwar future,” Castillo writes.

In 1951, while East Germany was hosting the World Festival of Socialist Youth, U.S. propagandists offered Germans their first look at color television.

And so the U.S. ran its own propaganda campaign, showcasing consumer goods as a key aspect of democracy. The Marshall Plan sponsored exhibitions, scheduled to coincide with socialist holidays, and offered cheaper admissions to visitors with East German identity cards—who, before the Berlin Wall went up in 1961, could cross the border fairly easily.

In 1950, the U.S. State Department shipped a six-room prefabricated tract home, complete with furnishings, for display at an exhibition. “Attractive female American Studies majors from West Berlin’s newly-opened Free University were selected as tour guides and trained to answer questions about ‘such household miracles as the… electric washing machine, illuminated electric range, vacuum cleaner, mix master, toast master, etc.’” Castillo writes. In two weeks, 15,000 East Germans toured the home, and many more were turned away for lack of space.

Next, in an effort to combat the association of mass consumption with low culture, the State Department hired Edgar Kaufmann Jr., design curator at New York’s Museum of Modern Art, to stage an exhibit. The result showcased collectable works by big-name designers alongside Pyrex measuring cups and Tupperware containers. Kaufmann emphasized the influence of Weimar-era German modernism on “progressive American design.”

In 1951, while East Germany was hosting the World Festival of Socialist Youth, U.S. propagandists offered Germans their first look at color television. They set up television sets and outdoor projector screens to project a live entertainment program.

The Soviets and East German Communists had their own aesthetic propaganda, in the form of socialist realist art and architecture. But they also worked to suppress consumerism. In 1951, police beat “Americanized” East German teenagers as they crossed the border back home. The next year the Communist Party threatened university students with expulsion if they had connections with the West.

But the consumer goods propaganda clearly had an effect. Another exhibition of well-furnished model homes in 1952—this one explicitly designed to present consumer capitalism as cosmopolitan, not just American—drew half a million Germans, more than 40 percent of them from the East.

Ultimately, the Soviet Union was forced to make concessions. In 1953, after Stalin’s death, Soviet magazines began showcasing kitchen gadgets. In 1959, Nikita Khrushchev responded to another display of an idealized American home by insisting that the Soviets would soon surpass it. 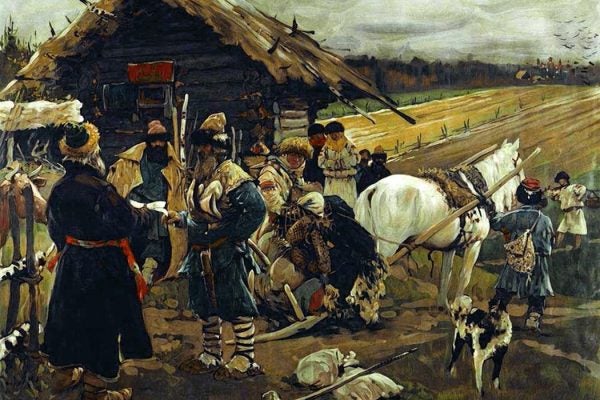