Why Was There a Berlin Wall in the First Place?

A brief history of East and West Germany, and why they built the Berlin Wall.

It’s not every day that four words change history, but when Ronald Reagan stood beneath Berlin’s Brandenburg Gate in June 1987 and told Mikhail Gorbachev to “tear down this wall,” it was clear that if nothing else, the speech would become a rhetorical classic. Reagan’s speech was a reminder that to many Westerners, mere co-existence with the Eastern bloc was no longer an option—and as increasing chaos felled Iron Curtain countries and brought the Cold War to a close, it became a symbol of American intervention in European postwar politics. But why did the Berlin Wall exist in the first place? Sagi Schaefer argues that it wasn’t as much to keep East Germans from going West as to make the West acknowledge East Germany’s existence.

Schaefer sees the Berlin Wall not just as a Cold War-era symbol, but as a place along the inter-German frontier. When the Allied occupation ended and the Federal Republic of Germany (FRG, West Germany) formed, the country refused to acknowledge the new Eastern regime, the German Democratic Republic (GDR, East Germany), in its constitution. Isolation of the GDR was the order of the day.

But along the inner-German border, things got complicated. In an attempt to force West Germany to recognize them, East Germany declared the border closed in 1952 and began to make it harder to cross the border. “On a daily basis,” writes Schaefer, “[the GDR] produced thousands of routine demonstrations for West Germans that it existed and had power over their lives, each of them an incentive for the FRG to support cross-border cooperation.”

The Wall may have been a symbol, but it also turned the familiar into the foreign.

West Germany, in turn, struck back. Afraid that attempts to maintain complex cross-border contacts would lead to an accidental official recognition of their neighbor, they began to discourage communication. East Germany retaliated by using regional sentiment to justify communication across the border, spreading the word about their industrial and political progress and generating good press. The region became a weapon as, in the words of Schaefer, “common religion, traditions, and concerns served as opportunities for meetings and correspondence between administrators.”

Finally, Schaefer writes, pragmatism (what if there were a fire? what about transportation lines that cut across the border?) and symbolic restrictions proved too much. Officials on both sides gave up. “Even relying on the thick cross-border infrastructure of long-standing relations, shared beliefs, kinship networks, and regional identification…” writes Schaefer, “frontier administrations could not overcome the growing division produced by the battles over recognition.” By 1961, East Germany’s construction of the Berlin Wall—an undeniable symbol of division and statehood—was underway.

The Wall may have been a symbol, but it also turned the familiar into the foreign. Twenty-six years after reunification, Germans—and the rest of the world—must still contend with the ramifications of that distrust between neighbors. 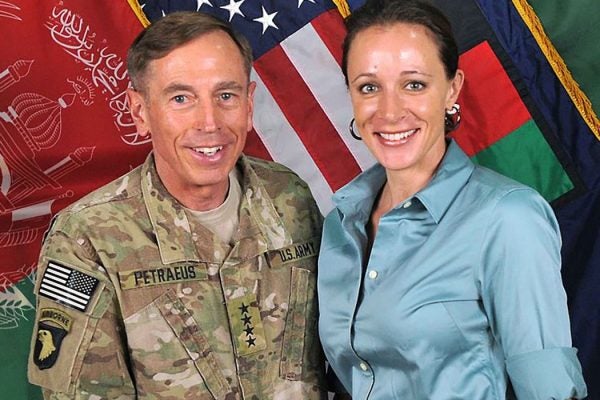 Why Some Politicians Bounce Back from Scandal

Three years ago, then-CIA director General David Petraeus resigned amid scandal: He'd had an affair with his biographer Paula Broadwell.