Why Some Politicians Bounce Back from Scandal

Three years ago, then-CIA director General David Petraeus resigned amid scandal: He’d had an affair with his biographer Paula Broadwell. Three years ago, then-CIA director General David Petraeus resigned amid scandal: He’d had an affair with his biographer Paula Broadwell. In the aftermath of the affair, it would seem she has suffered a long-lasting stain on her reputation; Broadwell has left her PhD program and has been told by companies that hiring her would be a nightmare.  Petraeus lost his job, pleaded guilty to the misdemeanor of mishandling classified information, and paid a $100,000 fine. But today he works at a law firm and advises the White House.

Before the scandal, people had floated the idea of both Petraeus and Broadwell running for office. This would seem unlikely now—except that, as the New York Times reported, Petraeus is still mentioned as a potential presidential nominee, and as The Houston Chronicle’s managing editor Vernon Loeb said, “I wouldn’t be the least bit surprised to see him in some senior role in the next administration, Democratic or Republican.” Surely, politicians in the past have weathered scandal. So why do some politicians bounce back (ahem, Bill Clinton) while some see their careers swiftly end, like Michael Grimm, a New York Congressman who pleaded guilty to tax evasion?

Researchers have studied the question of how different scandals affect the chances of political candidates. In a 2011 paper for the American Political Science association, researchers used an experiment in a national survey to see which was worse: financial scandals like tax evasion or moral scandals like the Petraeus affair.

Petraeus got off as easily as he could have; the precise way in which he faltered happens to be the one that matters least to voters.

Respondents then were asked whether they’d vote for Mark in the upcoming election, how they felt about him as a person, and how he was doing at his job. Luckily for Petraeus, the researchers found that the exact category in which his scandal fell—moral affair without abuse of power—is the one for which people are most forgiving. The financial and moral distinction is not as important as whether power was abused, which was the factor that correlated with the most negative feelings. Between the two, financial scandals were seen as more egregious than moral scandals. For example, people reacted to tax evasion without abuse of power about about as negatively as having a scandal with an abuse of power.

So, in a way, Petraeus got off as easily as he could have; the precise way in which he faltered happens to be the one that matters least to voters. Broadwell, on the other hand, has truly struggled to readjust in the wake of the scandal. One reason for this is the gendered double standard—for example, Broadwell was often called Petraeus’ “mistress,” a word that has no male equivalent that could be applied to the general. But, looking at this research, it’s clear that she was also hurt because this moral scandal involved an abuse of power that confirmed some of the worst stereotypes of female journalists. Namely, while Petraeus did not abuse power, Broadwell’s position as biographer was crucial to gaining her access to Petraeus. Though she obviously didn’t write a biography for the purpose of carrying on an affair, the mix-up of personal scandal and professional privilege is another reason contributing to her punishment. 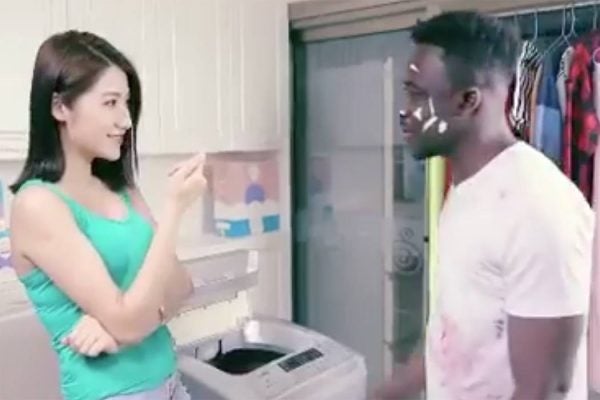 What Was with that Laundry Ad?: A History of Anti-Black Racism in China