Moss, a Black government employee with activist experience, was hauled in front of Congress on suspicion of being a Communist. 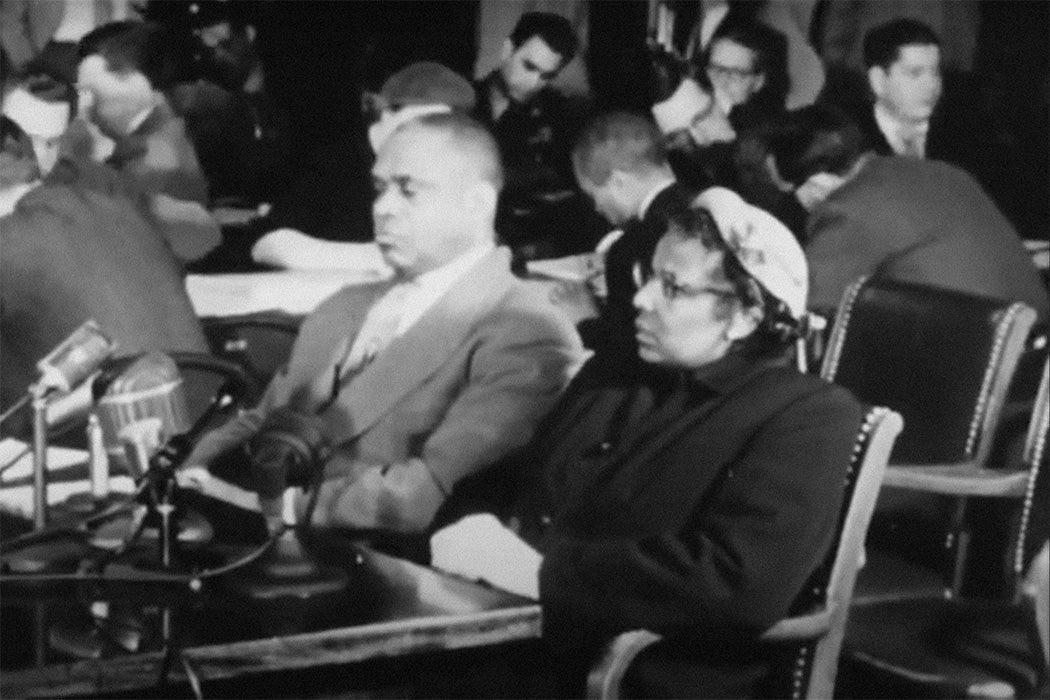 Yet Murrow’s version of Moss’s story came at great cost to her. Friedman shows that her portrayal as a “humble Negress,” a “poor old colored woman” mistaken for someone else, reduced her to a symbol that erased who she was and what she actually believed. As odd as it may seem, according to Friedman, Moss played a role in the making of that symbolism, out of a need for self-preservation.

Moss was subject to multiple loyalty investigations, transfers, and job suspensions as a government employee, an “unusual” degree of “official attention,”

Born in South Carolina to tenant-farmer parents, Annie Lee Crawford started her working life at the age of five. She married Ernest Moss when she was twenty-one and worked in tobacco factories, laundries, and cafeterias. The Mosses eventually made it to Washington, D.C., a rigorously segregated city, and she got a job as a clerk in the General Accounting Office in 1945. After her husband died in 1947, she was the primary breadwinner for her family.

Moss was also a union member, tenants’ rights advocate, and community organizer. A “spark-plug” of activism in her community, she was “deeply involved with the YMCA, Urban League, youth activities, and her church.” And, writes Friedman: “Most likely, Moss was a casual recruit to the [Communist Party]—attracted by its social and economic justice politics—who encountered party members in her workplace and neighborhood.” The Communist Party had, after all, made a major effort to appeal to African Americans in the thirties and forties.

Moss was subject to multiple loyalty investigations, transfers, and job suspensions as a government employee, an “unusual” degree of “official attention,” writes Friedman. J. Edgar Hoover seemed set against her. In the face of questions about African-American loyalty, the hysteria of the Red Scare, and McCarthy’s recklessness, Moss said that she didn’t know “just what Communism means” and seemed to draw a blank at the mention of Karl Marx. When she appeared before Congress, argues Friedman, “she found that her long history of activism on behalf of her family and community meant less to her vindication than her willingness to confirm white fantasies of black passivity.”

In Murrow’s program, Annie Lee Moss “was reduced to a hapless victim,” but the show won high ratings and became an effective tool in the defusing of McCarthy. Friedman calls Moss’s choice to “collude in her portrayal as an ignorant victim” an “effective act of self-preservation.” But it was also a “tragic” one, since it effectively brought Moss’s role as a community activist to an end.