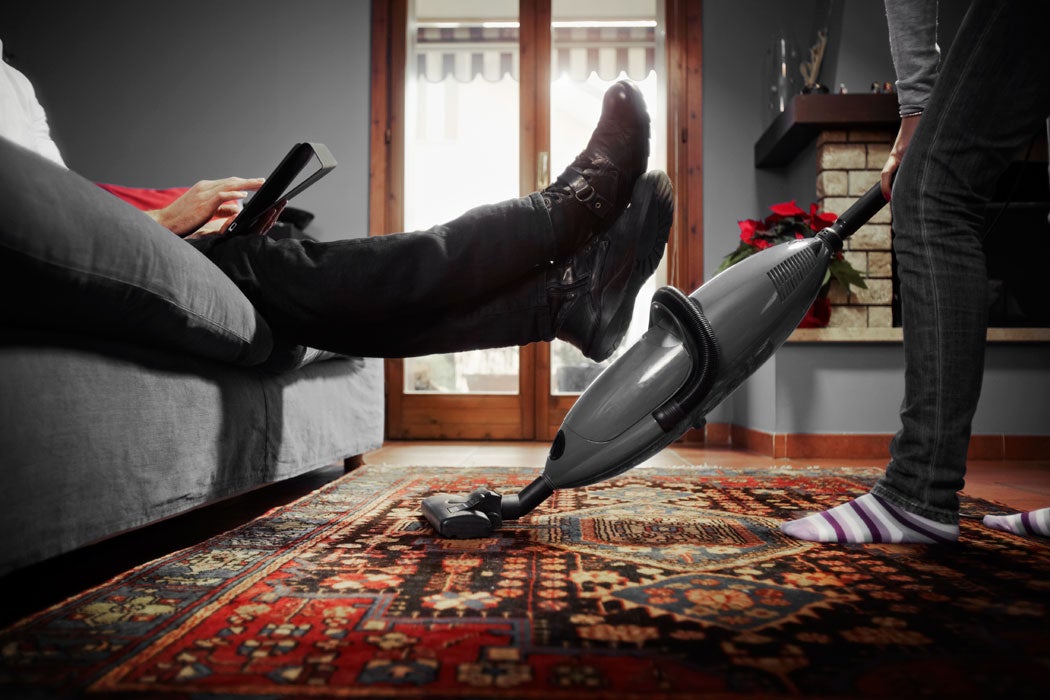 In a February 2014 cover story for The New York Times Magazine, psychotherapist Lori Gottlieb explored the link between heterosexual couples’ division of housework and how often they had sex. Specifically, her article’s title posited, “Does a More Equal Marriage Mean Less Sex?”

The feature, which relied on personal anecdotes, observations, and a smattering of scholarly opinion, drew heavily on the findings published in a recent study on housework and sex. The American Sociological Review’s “Egalitarianism, Housework, and Sexual Frequency in Marriage” by Sabino Kornrich et al. dissected the type of housework (was it a “male” task, like taking out garbage, or a “female” one, like ironing?), analyzed how couples divided these tasks, and compared those measures with how often the couples reported having sex. The results of the study showed that when married couples deviated from a “traditional” setup—men performing “female” chores, women performing “male” chores—or when the traditional workload shifted—men doing more housework, women doing less—those couples also reported having less sex.

Other scholars have shown that couples are, in fact, happier when the breakdown of household tasks is perceived as fair. And doesn’t happiness lead to more sex? Isn’t our understanding of what is “traditional” transforming, and aren’t we moving towards more egalitarian relationships? Even Gottlieb herself acknowledges, “There’s more gender-fluidity when it comes to who brings in the money, who does the laundry and dishes, who drives the carpool and braids the kids’ hair, even who owns the home.” So isn’t this having some impact—improving relationship quality, which, you could argue, might lead to more sex?

There are, in fact, several reasons to be cautious in reaching the conclusions Gottlieb reached from the Kornrich study:

In March 2014, I interviewed Stephanie Coontz, co-chair and director of research and public education for the nonprofit group Council on Contemporary Families (CCF), for The Atlantic. During our conversation, I brought up the sex and housework study. Coontz was “leery” of the results as well. Back in 1992, when the data for the Kornrich study was collected, it would have been highly abnormal for the male partner to do the majority of “core” housework, Coontz said, or much housework at all. Even today, “how many families are there where the man does every single thing traditionally associated with females?” she asked. “If there were families like that [back in 1992], to what extent was it the man’s choice and the woman’s choice—or were there other issues going on?

The study prompted a spirited discussion at the CCF. Many members, Coontz said, were bothered by “the tendency of the media to blow these findings out of proportion.” The CCF in fact prepared a mini-symposium on the subject, but decided to hold off on publication until they had access to more recent data.

Coontz wasn’t alone in wanting updated research on the subjects of housework, gender roles, and sex. Daniel Carlson, a sociology professor at the Georgia State University, is the lead author of a new as-yet-unpublished study, “The Gendered Division of Housework and Couples’ Sexual Relationships: A Re-Examination.” The results Carlson and his colleagues uncovered in this research were presented in front of the American Sociological Association this August. I spoke with Carlson about how his new research addresses some of the problems with the Kornrich paper:

The MARS data isn’t perfect: it draws from working class, middle-income, younger couples with a child at home. But finding current data is difficult, says Carlson. “There is a paucity of good family data out there,” he says. “These surveys are massive undertakings, and fewer dollars are going to the research.”

Still, the MARS data captures “couples in the prime of their family-formation years,” says Carlson. And including this updated information along with the new variables helps provide a more inclusive view of contemporary relationships.

What Carlson and his colleagues discovered is that, in fact, there are “no significant differences in sexual frequency and satisfaction among conventional or egalitarian couples.” In direct contrast to Kornrich’s findings, Carlson’s study shows that women in “traditional” relationships express less satisfaction with frequency of sex than those in egalitarian unions. While they found evidence that those in egalitarian partnerships were actually slightly better off than the traditional counterparts, the difference was small.

While attitudes about gender roles in relationships may be changing as couples now strive for more egalitarian unions, it’s not difficult to see why Gottlieb’s message resonates for some. Carlson did find, in fact, that couples who completely reversed the traditional arrangement (male partners doing the majority of housework) actually fared the worst in terms of sexual frequency, suggesting that some gendered scripts may still exist. As Coontz puts it, “The reason these stories appeal so much is because we’re in a very transitional period. We’ve embraced the new values but we have all the old tapes in our heads.

Still, a piece like Gottlieb’s is troubling. While the Kornrich study reports a link between the division of housework and sex, Gottlieb implies causation: more equal relationships lead to less sex. Gottlieb’s phrasing, from a factual perspective, is problematic. Even though she recognizes that “correlations don’t establish causation,” she also writes that “peer marriages…may be having an unexpectedly negative impact on these couples’ sex lives.” When “impact” is used in this way, causation is exactly what is implied.

In thinking about these issues, it is important to remember that women still perform more than their share of household work (Bianchi et al., 2012). Carlson cites that only a third of the couples in his study have egalitarian unions. And marriage itself, as Carlson writes, is becoming “a more selective institution.” While attitudes have changed, social structures have not fully caught up; many couples still struggle with taking care of housework and childcare and managing their careers. “There are still impediments in institutional support for these couples,” Carlson tells me.

Carlson and his coauthors’ reexamination of Kornrich’s study takes an important step forward in addressing concerns in how we think about the connection between household duties and sex among couples. But we still have room for progress. The next steps, believes Carlson, will be to include other dimensions that frame these issues—to explore the effects of paid work and how couples negotiate childcare.

A holistic approach to studying contemporary relationships—exploring all of the possibilities that may explain what we now observe—is what we now must strive for. 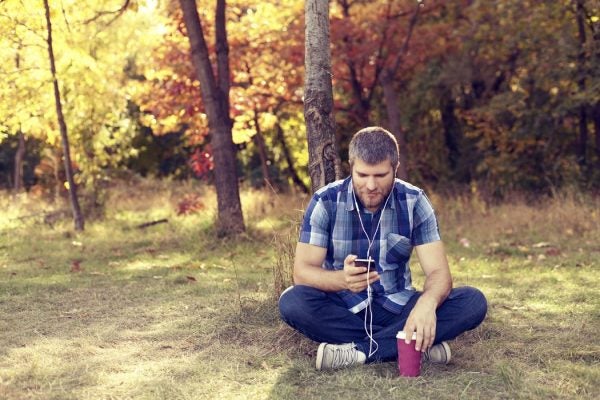 Why We Really, Really Hate Being Alone

Why do we hate to be alone? It may have to do with saber toothed tigers.