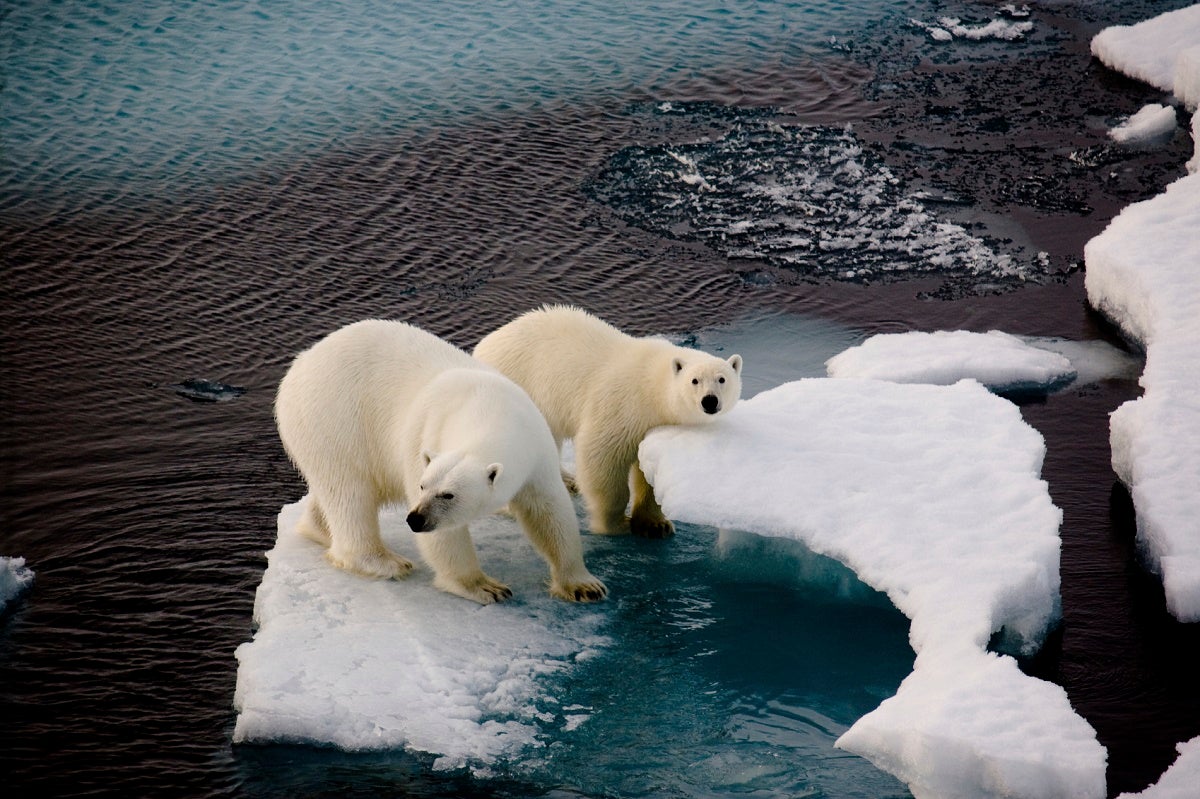 A recent National Research Agency report says that geoengineering deserves stronger consideration as a strategy to combat climate change. The report emphasizes that carbon emissions must be reduced, but geoengineering may be a good stopgap measure useful until emissions can be lowered sufficiently.

Geoengineering, or the deliberate manipulation of Earth’s systems, is popular with even the most strident climate change deniers since little sacrifice is required— human ingenuity substitutes for reducing emissions. Scientists tend to be more skeptical, since the impacts of manipulating systems on a planetary scale are difficult to predict.

A number of ambitious geoengineering schemes have been proposed through the years, laid out by Stephen Schneider in Philosophical Transactions. One example that has received attention is to seed the ocean with iron in order to stimulate a burst of phytoplankton growth.

In theory, the phytoplankton will absorb tons of CO2 through photosynthesis and then sink into the depths upon death, taking all that carbon with it. Carbon sequestration, or capturing carbon emissions and storing them, is undergoing testing but has run into geological obstacles (discussed in a previous JSTOR Daily post).

Another idea is to seed the atmosphere with reflective particles or lighten coloration in clouds, reducing greenhouse warming by increasing the sunlight reflected back into space. Perhaps the most unorthodox proposal calls for building a series of carbon scrubbing towers. One drawback—if they even work— is that an eye-popping 250,000 towers would be needed.’

Geoengineering schemes produce a lot of hand-wringing among climate scientists, as many view a turn to geoengineeering as taking resources from the scientifically proven strategy of reducing emissions. However, as Schneider points out, if reductions are unsuccessful, and the worst predictions of climate models come to pass, the world will need a plan B and this is all we have.

Schneider and others do not downplay the risks or the difficulties. His description of each scheme is full of caveats about effectiveness, scientific disagreement, and unknown side-effects. Any large-scale manipulation of the planet will require international cooperation, always a dicey proposition. The risk of someone attempting any of these schemes (except for carbon sequestration, which can be done locally) without international input might be even greater.

The best approach is probably to focus on those ideas that are easiest to properly test at smaller scale and have the greatest chance of success. Reflectivity schemes are a long shot, but carbon sequestration has been shown to be difficult but not impossible at smaller scales. Ocean seeding is also surprisingly plausible, since a similar process already occurs in the Southern Ocean and small scale seeding experiments can be designed.

Let’s hope by the time they get to the field-testing, geoengineering proponents have a better handle on the actual planetary response to manipulation. Otherwise, geoengineering will have a short and disastrous run.

Geoengineering: Could We or Should We Make It Work?
By: Stephen H. Schneider
Philosophical Transactions: Mathematical, Physical and Engineering Sciences, Vol. 366,No. 1882, Geoscale Engineering to Avert Dangerous Climate Change (Nov. 13, 2008), pp. 3843-3862
The Royal Society 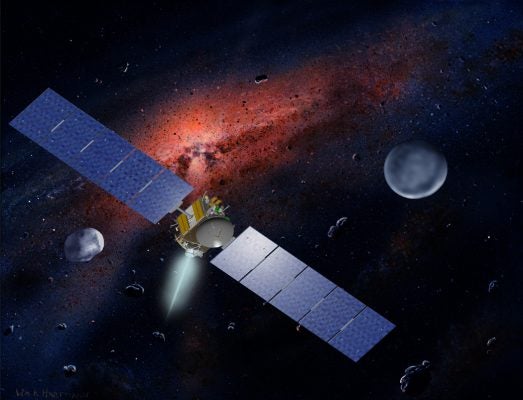 A New Engine Sends NASA’s Dawn Spacecraft on Its Way

Dawn spacecraft's mission to Ceres is made possible by a brand new ion engine that runs off individual atoms.