A New Engine Sends NASA’s Dawn Spacecraft on Its Way

Dawn spacecraft’s mission to Ceres is made possible by a brand new ion engine that runs off individual atoms. 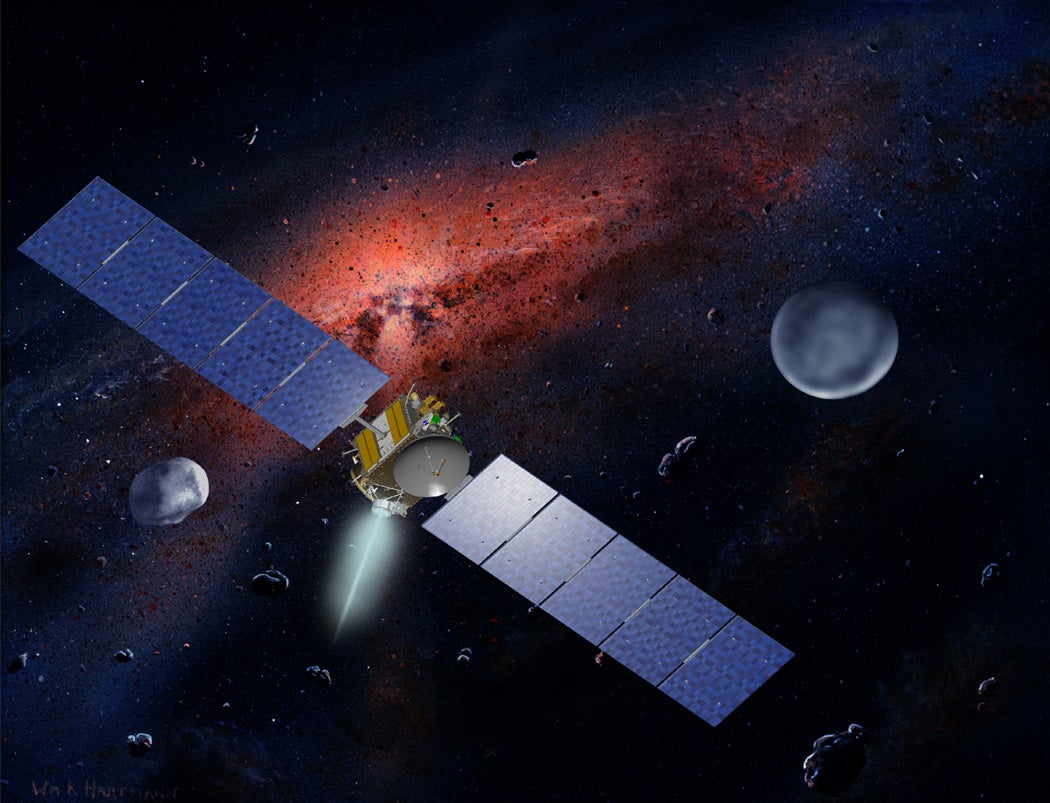 NASA’s mission to Ceres  (via the Dawn spacecraft) is made possible by a brand new ion engine that runs off individual atoms. Where conventional engines use the energy from burning fuel to create thrust, ion engines use solar power to ionize (i.e. positively charge) individual atoms of xenon, which are then pushed out the back of the engine to propel the craft.

Ion engines take a long time to get up to speed (0-60 takes four days) but since they are capable of continual acceleration, after months or years the engine can propel a spacecraft at tremendous speeds. The ion engine’s advantage is that it is very efficient and can maneuver without major fuel consumption. Amazingly, despite its success, it almost wasn’t built.

The ion engine was first conceived in 1957, just a year after Sputnik. Two engineers, Elsie Orr and Martin Willinski, first thought of the idea while working on an Air Force contract. At the time they did not know what fuel to use or how to properly energize the atoms, but by introducing the principle the two were able to get research programs started in the necessary areas.

The ion engine, still years from development, again came to the fore in 1977 when scientists were debating a mission to Halley’s Comet, scheduled to pass by Earth in 1986. At the time there was fierce debate over the merits of the ion engine, still theoretical at that point, and the dramatic solar sail.

The principle of the solar sail is similar to the ion engine in that it relies on steady, small pressure to move the spacecraft rather than short bursts of explosive thrust, but the resemblance ends there. The solar sail relies on a massive panel of photovoltaic material to catch the individual photons emitted by the sun—sunlight, in other words.

It sounds crazy, but sunlight really does exert physical pressure, so in theory such a system might actually work. However, the pressure of sunlight is pretty small, so the size of the “sail” involved would have to be huge—big enough to be visible from the surface of the Earth, even long after launch. A giant sail makes for a great news story but is not practical to build, so ultimately the idea was scrapped in favor of more research on the ion engine. The mission ultimately did not happen, and no probe visited a comet until Rosetta successfully landed on comet 67P/C-G in 2014.

The Halley’s comet mission went nowhere but the ion engine idea finally reached fruition. It’s been used a couple of times in smaller missions but Dawn is the most ambitious use of an ion engine yet.

After five years of travel, including a 14-month stopover on Vesta, Dawn finally reached Ceres on March 6. The ion engine is now showing its versatility as it maneuvers into a careful orbit with plenty of fuel to spare. Rockets? Pah. We’ve moved (i)on. 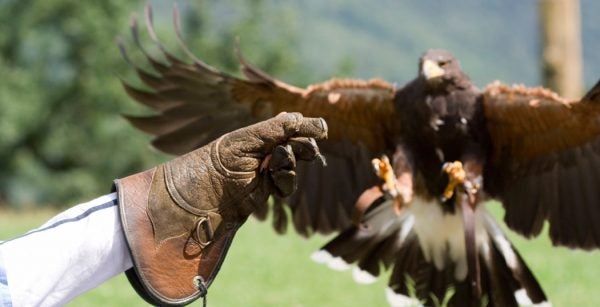 F is for Falconry

Since so few do falconry in the U.S. today, and hawking hasn't made it to the wide world of TV sports, some background is probably in order here.