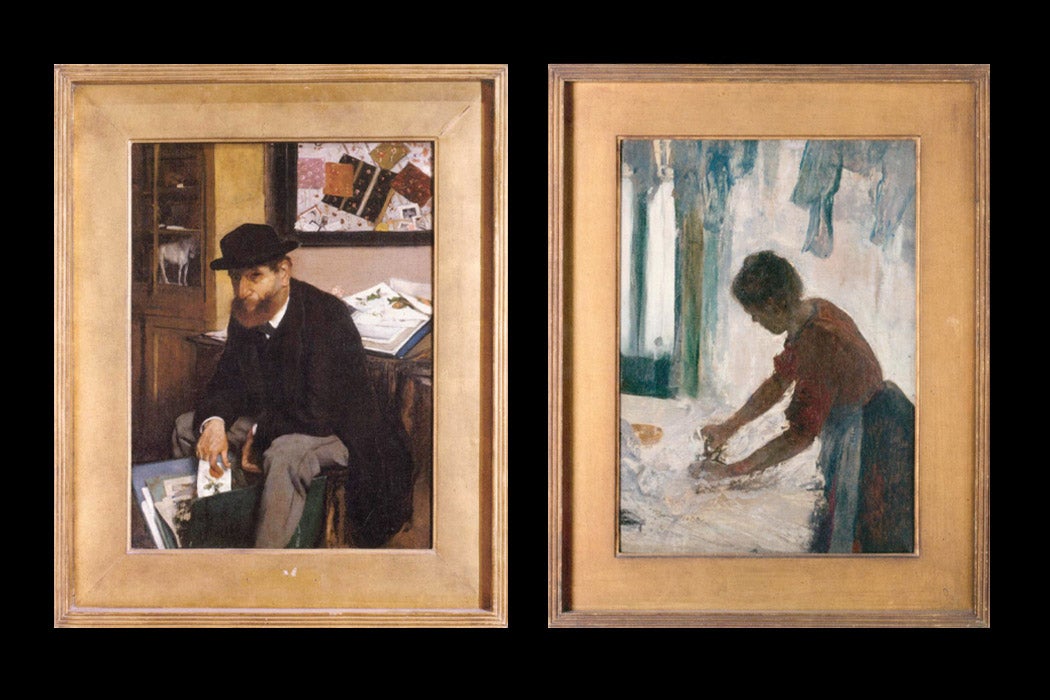 Impressionism has made, well, an impression on art historians and art lovers alike since the late nineteenth century, and Edgar Degas is one of the genre’s icons. But the French painter had a secret weapon, Elizabeth Easton and Jared Bark suggest, one that added even more artistry to his portraits yet didn’t show up on the paintings themselves. Instead, Degas’s custom frame designs shaped public perceptions of his work.

Frames underwent periods of feast and famine over the course of Western art history, but they were long seen as utilitarian afterthoughts. This was not the case for Degas, who presented many of his artworks in bespoke frames.

Degas was Impressionism’s “most energetic and inventive frame designer,” Easton and Bark write, producing more than forty (extant) designs for mounting his work. Like other French artists, he was born in an era of dramatic, exquisitely fashioned framing, often gilded and elaborately wrought, symbolic of the very excesses the painter tried to leave behind in his work. But Easton and Bark found extensive documentation of unique frame treatments by Degas that challenged existing design standards and even the way viewers beheld his already revolutionary paintings.

The frames “were every bit as radical as the canvases they frame, and unlike anything that had previously existed in the genre.”

Degas patronized Pierre Cluzel, whom the authors call “perhaps the most innovative frame maker in Paris,” and is thought to have commissioned him to carry out at least some of his own custom frame designs.

Degas’s frames differed from established norms. They were flat and extremely simple in appearance, with few adornments aside from mats and minimalist moldings. Though some—designed to frame his oil paintings—were painted gold, the only two colored frames in modern museums are green. Others were plain, unembellished wood that cast light onto the artwork, heightening its immediacy and the verve of his brushstrokes or pastel marks.

The frames “were every bit as radical as the canvases they frame, and unlike anything that had previously existed in the genre,” note Easton and Bark. Through their “striking forms,” Degas enhanced the very flatness of his 2D depictions, daring viewers to look at the painting and not its surroundings.

This obsession with frame design had its downsides and shows a bit about the artist’s desire to control the reception of his work: Degas was apparently outraged if buyers changed or abandoned them after purchase. The authors wryly note that Claude Monet, himself a leading light of Impressionism, recalled that Degas commanded him to keep the frame on a pastel drawing as a condition of purchase, and his edicts about how to hang his art stuck with patron Louisine Havermeyer, who ordered a frame restoration when she realized a museum had defiled the frame of a Degas pastel she’d donated with gold paint.

Would Degas be remembered the same way today if not for his spare, canny framing of his own work? Easton and Bark don’t speculate. But by focusing on the frame as part of the art itself, they find a way to re-see, and even reinterpret, Degas’s oeuvre. 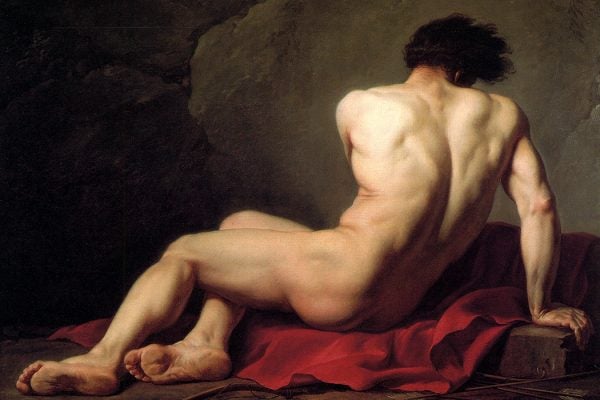 Who Were the Male Models in French History Paintings?

Before the French Revolution, professional models were salaried professionals. That would all change in the nineteenth century.