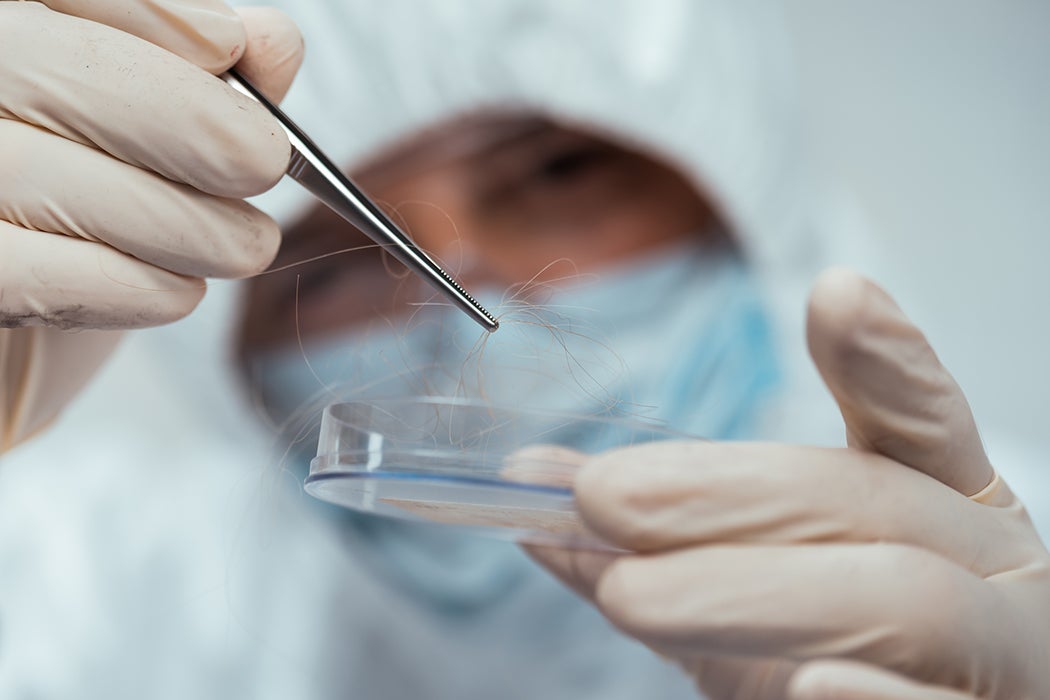 Lynette White was murdered in 1988. When the three men first imprisoned for her murder were found to have been wrongfully convicted, it seemed that her killer would go unpunished. However, new technology invented in 2002 was used to analyze DNA found at the scene of the murder. The only match was to a boy too young to have committed the murder, but DNA samples were taken from his family. The youth’s uncle confessed, and was sentenced to life imprisonment in 2003.

In criminal investigation, DNA evidence can be a game-changer. But DNA is just one piece of the puzzle, rarely giving a clear “he did it” answer. According to a consortium of forensic experts who released a report earlier this year, there are limits to what DNA can tell us about a crime. And what it can and can’t reliably prove in court needs to be much clearer.

DNA (deoxyribonucleic acid) is a code that programs how we will develop, grow, and function. Humans are thought to have DNA that is 99.9% identical, but the remaining 0.1% makes us individuals, marking us out as unique. The fact that humans and chimpanzees have just a 1% difference in their DNA further highlights how meaningful a small difference can be. Generally, the more closely related we are to someone, the more similar our DNA will be to theirs.

The tiny part of our DNA that is unique to us can be used to generate a DNA profile. This profile is usually represented as a graph showing different peaks, which reports the patterns at different points where our DNA is most likely to be unique.

“The increasingly prominent role played by forensic science in the administration of criminal justice is due in no small measure to the meteoric rise in DNA profiling,” wrote the law professor Liz Hefferman in a 2008 article for the British Journal of Criminology.

DNA profiling has had some remarkable successes, including finally ending a two-decade long hunt for the “Green River Killer,” who strangled at least fifty women, dumping their bodies in various spots around the Green River in Washington State. However, DNA profiles are often not clean enough to conclusively identify an individual. Ideally, a DNA sample would be complete enough to examine at least 16 different “markers,” points at which an individual’s DNA fingerprint can be sketched out. But when DNA is damaged, as it often is through exposure to moisture or extreme temperatures, only some of these markers will be available, and forensics teams will generate a partial profile. Put simply, if a DNA profile is a complete description of a person’s appearance, a partial profile might describe only one of their traits—hair color, for instance.

Even full DNA profiles may match with a person other than the culprit.

Partial profiles will match up with many more people than a full profile. And even full profiles may match with a person other than the culprit. Further complicating matters, a single DNA profile might be mistakenly generated when samples from multiple people are accidentally combined. It’s a messy world.

Realistically, then, DNA profiles should only be thought of as being likely to have come from a specific individual. Statistical approaches such as “match probability,” which is based on comparisons between crime scene DNA and a hypothetical “random” person, often are misunderstood. A more rigorous statistical approach is likelihood ratio, which directly compares two hypotheses: the likelihood of the DNA coming from the suspect vs. the likelihood of the DNA coming from someone else. If the likelihood ratio is less than one, the defense position (the DNA is not the suspect’s) is better supported; if it is greater than one, there is more support for the prosecution case. Still, the ratio at most provides scientific support for a theory, not a yes-or-no answer.

A study from the University of California published in Law and Human Behavior tested undergraduate students’ abilities to interpret statistical evidence as it would be presented in court by prosecution and defense attorneys.  The researchers found that the majority of these undergraduates failed to detect errors in statistical arguments and “made judgements based on fallacious reasoning.”

“Telling a jury it is implausible that anyone besides the suspect would have the same DNA test results is seldom, if ever, justified.”

When the American Bar Association reported on DNA technology, it backed the use of DNA evidence, but urged caution in how statistics were interpreted. The ABA urged lawyers not to oversell DNA evidence and suggested that courts take the standards of the lab into account when considering DNA evidence. “Telling a jury it is implausible that anyone besides the suspect would have the same DNA test results is seldom, if ever, justified,” the report states.

In addition, the European Forensic Genetics Network of Excellence (EUROFORGEN) and the charity Sense about Science collaborated on a report released earlier this year. The report sought to clarify what DNA analysis can and cannot do within the criminal justice system. EUROFORGEN researcher Denise Sydercombe Court, based at King’s College London, said:

We all enjoy a good crime drama and although we understand the difference between fiction and reality, the distinction can often be blurred by overdramatised press reports of real cases. As a result, most people have unrealistic perceptions of the meaning of scientific evidence, especially when it comes to DNA, which can lead to miscarriages of justice.

At times, DNA evidence has been misused or misunderstood, leading to miscarriages of justice. A man with Parkinson’s disease who was unable to walk more than a few feet without assistance was convicted of a burglary based on a partial DNA profile match. His lawyer insisted on more DNA tests, which exonerated him. In 2011, Adam Scott’s DNA matched with a sperm sample taken from a rape victim in Manchester—a city Scott, who lived more than 200 miles away, had never visited. Non-DNA evidence subsequently cleared Scott. The mixup was due to a careless mistake in the lab, in which a plate used to analyze Scott’s DNA from a minor incident was accidentally reused in the rape case.

Then there’s the uncomfortable and inconvenient truth that any of us could have DNA present at a crime scene—even if we were never there. Moreover, DNA recovered at a crime scene could have been deposited there at a time other than when the crime took place. Someone could have visited beforehand or stumbled upon the scene afterward. Alternatively, their DNA could have arrived via a process called secondary transfer, where their DNA was transferred to someone else, who carried it to the scene.

Additionally, DNA technology is becoming more and more sensitive, but this is a double-edged sword. On one hand, usable DNA evidence is more likely to be detected than ever before. On the other hand, contamination DNA and DNA that arrived by secondary transfer is now more likely to be detected, confusing investigations. If legal and judicial personnel aren’t fully trained in how to interpret forensic and DNA evidence, it can result in false leads and miscarriages of justice.

Another consideration is that people shed DNA at different rates. DNA is found in bodily fluids, such as blood, semen, and saliva, but we also lose microscopic pieces of skin and hair on a regular basis. Some people lose DNA more quickly than others—if they have a skin condition, for example. If a thief uses a particular location as a stash, and a caretaker who suffers from eczema stumbles on it and reports it to the police, the forensics alone might implicate the caretaker. The quantity of their DNA present might suggest a significant period of time spent at that place. But in fact, the caretaker’s eczema resulted in more DNA being deposited there over a shorter time period.

National DNA databases, then, present some ethical quandaries. Many cases would never have been solved if not for DNA databases. In the Lynette White case, the breakthrough came when the police obtained the DNA profile of a relative of the murderer. However, the retention of DNA details raises legitimate privacy concerns, especially in the context of familial searching. Partial matches are more likely to lead to false positive identification of suspects who are already in the DNA database. Given that less privileged groups tend to be over-represented in DNA databases, this is a serious issue.

In 2011, a group of scientists asked whether forensic DNA databases increase racial disparities in policing. They pointed out that, in the U.S., different communities are differently policed, leading to different rates of incarceration and DNA recording. According to the study authors, actual drug use is relatively higher in white communities, but “buy and bust” operations by police are more common in African American and Latino communities, leading to disproportionate arrests.

The lesson of all this research: DNA evidence is a powerful tool in criminal investigation and prosecution, but it must be used with care. It should never be oversold in court, and it should only ever be considered in light of other available evidence. For example, if DNA is recovered in a kitchen that has been broken into, it could be from the homeowner, their guests, or even a member of the CSI team (if sufficient care hasn’t been taken to avoid contamination). If a tool-mark impression reveals that a screwdriver was used to force open the window, and DNA is recovered from a screwdriver found at the scene that does not belong to the homeowner, that’s incriminating. If that DNA is a partial or full match with an individual with the same shoe size as a footprint left in the grass under the window, even more so. If that individual has a torn piece of clothing that matches cloth fibres snagged in the window, that’s more incriminating still. If digital evidence such as their mobile phone records place them at the scene at the time the break-in happened—even though they claim to have been elsewhere—then you have a more complete picture.

Editor’s notes: An earlier version of this story contained an unclear reference to evidence seized by police investigating the murder of Meredith Kercher. The example has since been removed. We regret any error.

A study cited in an earlier version of this article is no longer available for free on JSTOR.

Share Tweet Email Print
Have a correction or comment about this article?
Please contact us.
crimeDNAforensic evidenceABA JournalDigital Evidence and the U.S. Criminal Justice System: Identifying Technology and Other Needs to More Effectively Acquire and Utilize Digital EvidenceThe British Journal of Criminology 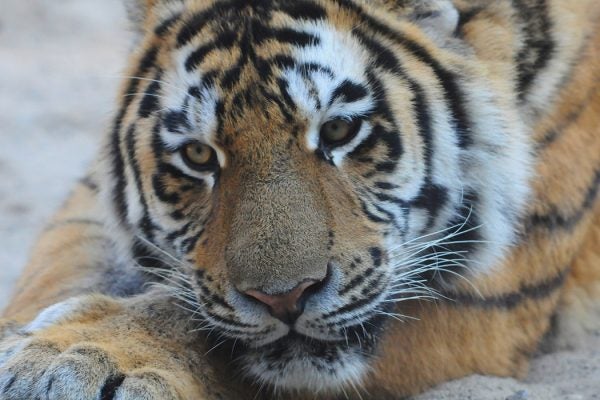 Meet fish that eat booze waste, learn about the homelessness crisis among Sumatra's tigers, and find out why American farmers are committing suicide.