Scientific methods such as the DNA testing are associated with forensic science, but they are just as useful for archaeology as for criminology. 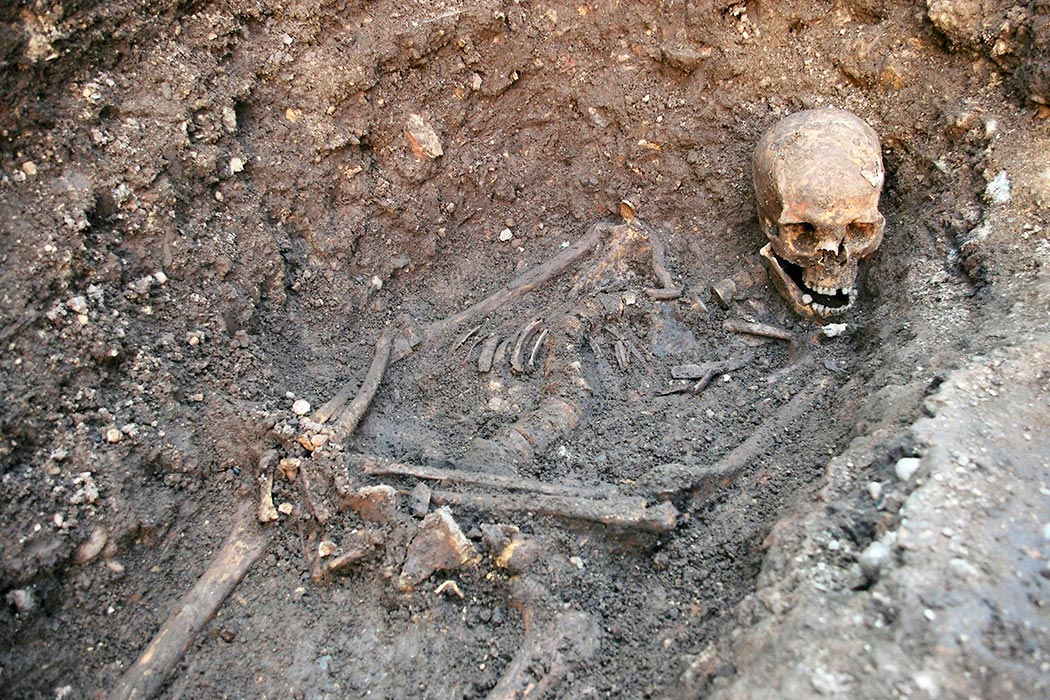 In 2012, archaeologists discovered the skeletal remains of an adult male buried under a car park in Leicester, England. Using DNA evidence, they were able to confirm the identity of the skeleton as that of Richard III, the former king of England who died a brutal death in the Battle of Bosworth. On March 22 of this year, thousands of people lined the streets of Leicester to watch a horse drawn hearse carry the coffin containing Richard III’s remains to Leicester Cathedral. This solemn moment was made possible by intrepid archaeologists using forensic techniques. Scientific methods such as the DNA testing used to confirm Richard III’s identity are closely associated with forensic science, but they are just as useful for archaeologists as they are for criminologists.

Similar to crime scene investigators, archaeologists aim to gather as much evidence as possible in order to interpret how our ancestors lived. Unfortunately, archaeological sites provide incomplete and even misleading pictures of the past, leaving archaeologists to tease apart the evidence and formulate likely scenarios. Sometimes it is difficult to know if the interpretations made are correct or way off target. Forensic techniques such as fingerprint matching, DNA testing, and chemical residue analysis help dispel some of this uncertainty by providing concrete evidence to support or refute hypotheses.

As one of the oldest forensic techniques for identification, fingerprint analysis has intrigued archaeologists for many years. In archaeology, fingerprint studies are focused on ceramics, because as a potter creates a vessel, his or her prints can mark the clay. Once the clay is fired, the prints are preserved.

As early as the 1930s, archaeologists were using fingerprint analysis to help determine site timelines. It was at the Tell en-Nasbeh site in Palestine that Dr. William F. Bade used fingerprints to help him understand the confusing artifact deposits at the site. He was able to conclude that one potter had molded many of the vessels and therefore any layers that contained this potter’s work belonged to the same time period.

Fingerprint analysis also provides one of the only ways to definitively identify children through artifact analysis. Excavations at prehistoric Sinagua sites in the Southwestern United States have uncovered small clay animal figurines from the burials of children. Often lumpy and asymmetric, these figurines appeared to be the work of novice potters, possibly children. Their unfinished surfaces were frequently marked with fingerprints and nail impressions, making them perfect artifacts for an analysis of fingerprints and age.

Kathryn Kamp and her colleagues conducted studies on modern populations and found that age and the width of fingerprint ridges were correlated. Using this research they analyzed fingerprints from the animal figurines as well as more expertly produced corrugated pottery from Sinagua sites. The results suggested that the average age of the figurine makers was 11 to 13 years, whereas the average age for the corrugated pottery makers was 18 years or over. This research is fascinating because it allows us to finally see how prehistoric children interacted with those around them. By crafting these figurines, they were learning about the properties of clay, acquiring the fine motor skills needed to become expert potters, and perhaps also creating a toy.

Generally, we think of DNA analysis as a tool that helps reveal the identity of an individual. This is how DNA was used in the case of Richard III. The archaeologists had an idea of the person they were looking for, so they were able to extract a sample of DNA from his teeth and compare it to the DNA present in his known living relatives. Richard III’s case is uncommon, though, because the majority of the time archaeologists are not looking for a specific person when they conduct an excavation. Luckily, DNA analysis can be used for much more than positive identification. It can also provide information on sex, ancestry, and lineage.

The two types of DNA commonly used by archaeologists are nuclear and mitochondrial. A pair of nuclear DNA exists in the nucleus of each cell and contains genetic information from an individual’s mother and father. Conversely, mitochondrial DNA (mtDNA) is stored in specialized parts of cells called mitochondria and is only passed down from an individual’s mother. Each cell can contain hundreds of mtDNA. Both kinds of DNA can be analyzed, but the type of analysis used depends on the age and preservation of remains as well as the information the archaeologist is interested in studying.

Nuclear DNA has been recovered from skeletal remains thousands of years old and can help determine an individual’s sex and, at times, ancestral background. Intriguingly, it can also be recovered from artifacts that would have come into contact with DNA-rich body fluids, such as saliva. It is in this way that DNA was obtained by archaeologists working on the site of the Boston Saloon, a mid-19th-century African American–owned business in the mining town of Virginia City, Nevada. The excavation uncovered bottles, clay pipes, glassware, and ceramics. Unfortunately these types of artifacts are notoriously difficult to interpret because they are not associated with a specific sex, age, or ethnicity. It was for this reason that archaeologists decided to use nuclear DNA analysis in an attempt to establish the sex of the people who used the objects. Scientists recovered DNA from a clay pipe stem, which showed prominent teeth marks as evidence that it had been used. DNA quickly degrades when exposed to light, so the borehole from the pipe stem provided an excellent protective environment. The result of the analysis was surprising. The DNA collected from the borehole indicated that a woman had used the pipe. This information dispels the assumption that the saloon was a male-only environment.

Many archaeological sites are much older than the Boston Saloon site and this is where mtDNA comes into play. Because mtDNA is present in higher numbers than nuclear DNA, it is more likely to survive intact in ancient remains. Although mtDNA was used to identify Richard III’s 530-year-old bones, it has been used on remains considerably older. Recently mtDNA was used to determine the human origin of fossilized feces (coprolites) excavated from Paisley Cave in Oregon. The coprolites were dated to an amazing 14,000 years ago. It is well accepted that humans inhabited parts of the Americas as early as 11,500 years ago, but there has been heated debate among archaeologists as to whether they were present before this time. Some believe that the earliest humans arrived when glaciers melted, creating an ice-free route through Canada into the Americas. This migration would have occurred no earlier than 13,000 years ago. Other archaeologists feel that humans entered the Americas much earlier and the human coprolites from Paisley Cave provide some of the strongest evidence to date for this position. This early date for the coprolites also suggests that the first humans might have arrived in the Americas not on foot through the ice-free corridor, but perhaps along the coastline in boats.

Chemical residue analysis is perhaps one of the most widely used forensic methods adopted by archaeologists. Prior to the use of this technique, there was no sure way to know what a vessel held or what a stone tool was used for, but now analyses can reveal the chemical profiles of microscopic residues. These profiles can show what substances objects came into contact with and lead to interpretations about how the objects were used.

In 2008, chemical residue analysis helped archaeologists come closer to solving one of the enduring mysteries of the prehistoric American Southwest. Pueblo Bonito is an awe-inspiring, ancestral Puebloan site in Chaco Canyon dating to AD 860–1128. Constructed of thick masonry walls and massive timbers, the pueblo contained at least 800 rooms. In one of these rooms was found 111 cylinder jars painted with striking geometric black and white designs indicative of the time. These jars are very rare and though they likely possessed a ritual significance, their exact use was unknown. Archaeologists decided to tackle the mystery of these vessels by analyzing the organic residues on fragments of cylinder jars from a prehistoric trash deposit (midden) linked to Pueblo Bonito. The chemical profiles showed that the vessels contained a residue of cacao.

This result is important because it brings to light the probable use of the cylinder vessels and supports the existence of trade and ritual links between Chaco Canyon and Mesoamerican prehistoric cultures. Requiring a tropical climate of high rainfall and high temperatures, cacao could not be grown in the environment of the prehistoric American Southwest and, therefore, Pueblo Bonito was receiving its cacao through trade with Mesoamerican societies. It is well accepted that cacao beverages were used in Mesoamerican rituals where the drink was frothed by pouring it from one jar to another. The same type of ritual could have been going on at Pueblo Bonito, suggesting that the past cultures in Mesoamerica and the Southwest were not simply trading material goods, but also ideas.

Though we may never know exactly how people lived or what their motivations were, forensic techniques provide archaeologists with vital concrete evidence allowing them to formulate stronger interpretations of the past. The impacts of this type of research are not limited to archaeological conferences or university departments; they have far-reaching effects on the general public. DNA analyses, fingerprint studies, and chemical residue testing can reveal long-hidden information, sometimes shining a light on segments of the population that were previously ignored. People then gain a clearer picture of their history and stronger links with their past. Richard III’s case is a perfect example of this. The discovery and analysis of his remains have exposed new evidence about how he lived and died, stoking the interest of the public and encouraging people to reassess this much demonized king’s place in history.

Share Tweet Email Print
Have a correction or comment about this article?
Please contact us.
archaeologyForensicsAmerican AntiquityHistorical ArchaeologyJournal of Anthropological ResearchProceedings of the National Academy of Sciences of the United States of AmericaThe Science News-Letter 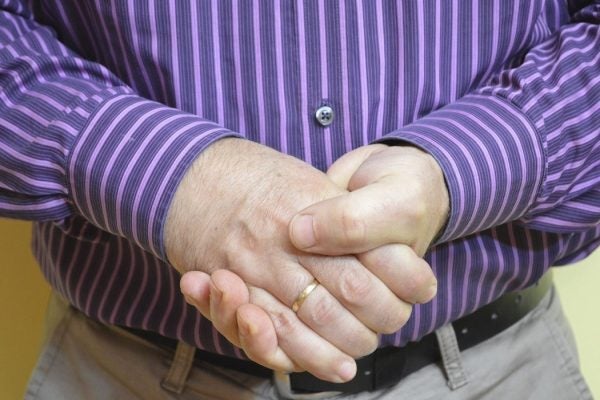 What Happens When You Crack Your Knuckles?

Where does the sound of cracking knuckles come from, and is it dangerous?