Even when people think wasting food is bad, they tend to toss out as much (or more) food than they eat. Can that behavior be changed? 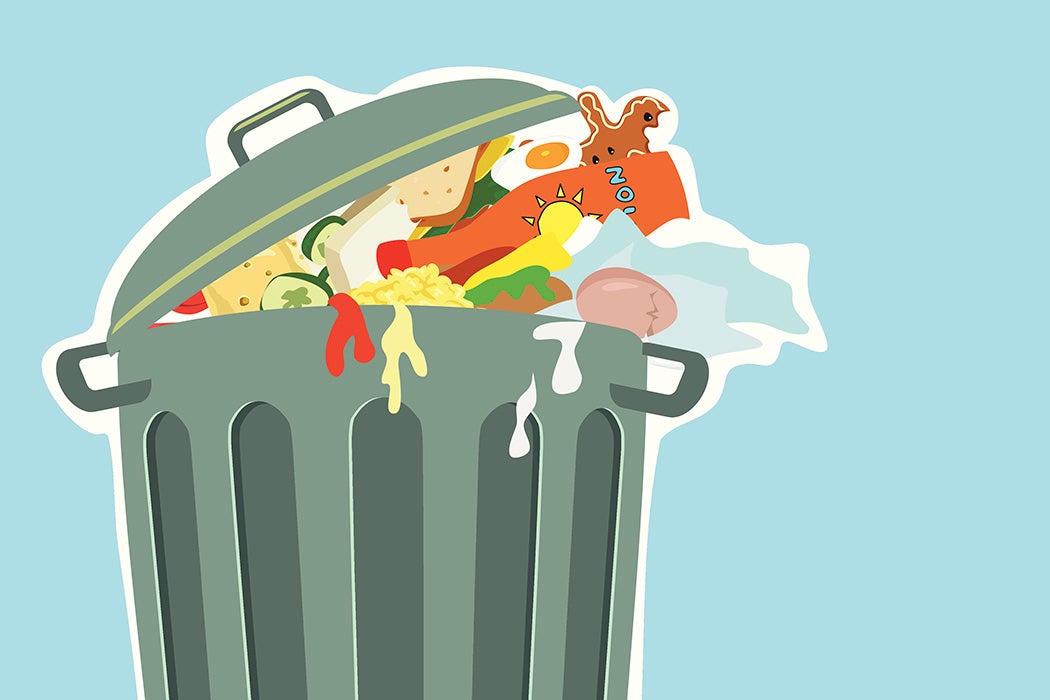 Bruised apples, uneaten lunches, and moldy bread have at least one thing in common: they are examples of food that’s often wasted, ending up in a landfill instead of being consumed.

Food waste has long been recognized as a pervasive problem, most notably in economically advantaged countries, such as the United States and United Kingdom. The United Nations Sustainable Development committee has placed the goal of reducing food waste as a high priority repeatedly in recent years. According to estimates from the Waste and Resources Action Program UK, there are several reasons people throw away food: they buy too much, cook too much, or simply do not eat what they have on hand before it goes bad.

Even though a large number of households claim they discard little food, actual food loss numbers have remained high.

Despite a general awareness of the issue, the problem persists. Even though a large number of households claim they discard little food, actual food loss numbers have remained high. Intrigued by the discrepancy between reported behavior and the volume of waste, scientists from the Stockholm Environmental Institute analyzed factors leading to food waste and identified opportunities to mitigate the problem in a 2019 policy report.

The research team, led by Annemarieke de Bruin, first defined the problem at hand, noting, “Urgency is high. British homes dispose of 7 million tonnes of food and drink per annum; almost 50% of this could have been consumed.” Yet recent surveys also report that 59% of households believe they hardly throw away food. This disconnect was exactly what de Bruin’s team wanted to explore.

To understand the motivations of consumers, the research team examined the consumer’s “food journey,” from purchasing to disposal. They focused on groups previously identified as those most likely to waste food: parents with young children, families with parents who work full-time, and young professionals without children.

The researchers set up focus-group sessions, asking individuals to identify what they believed to be food waste. Following this, participants kept diaries of their food habits and responded to weekly food-related prompts. They also tried meal planning, checking their fridges before shopping, and eating more leftovers to minimize waste. Key motivations to prevent food waste included saving money and environmental awareness. The project culminated with a work group in which participants shared their experiences.

De Bruin’s team found that over time, participants’ view of food waste changed. The participants concluded that food waste was more than discarded apple cores or a lunch gone bad—it included food packaging as well. That is, while participants viewed composting as a means of reducing food waste at the outset of the study, by its conclusion, they recognized that composting only addressed edible food, not the full waste product associated with food. In addition, the research team discovered that the attitudes of participants, their partners, and their social circles greatly influenced their relationship to food waste and their ability to enact change.

Ultimately, the study highlighted that an engagement with the consumer from start to finish of the food journey was essential to cutting back on waste—technology and general awareness is not enough. Concluded the authors, “Success will ultimately come down to how much people are willing to change the way they live.”