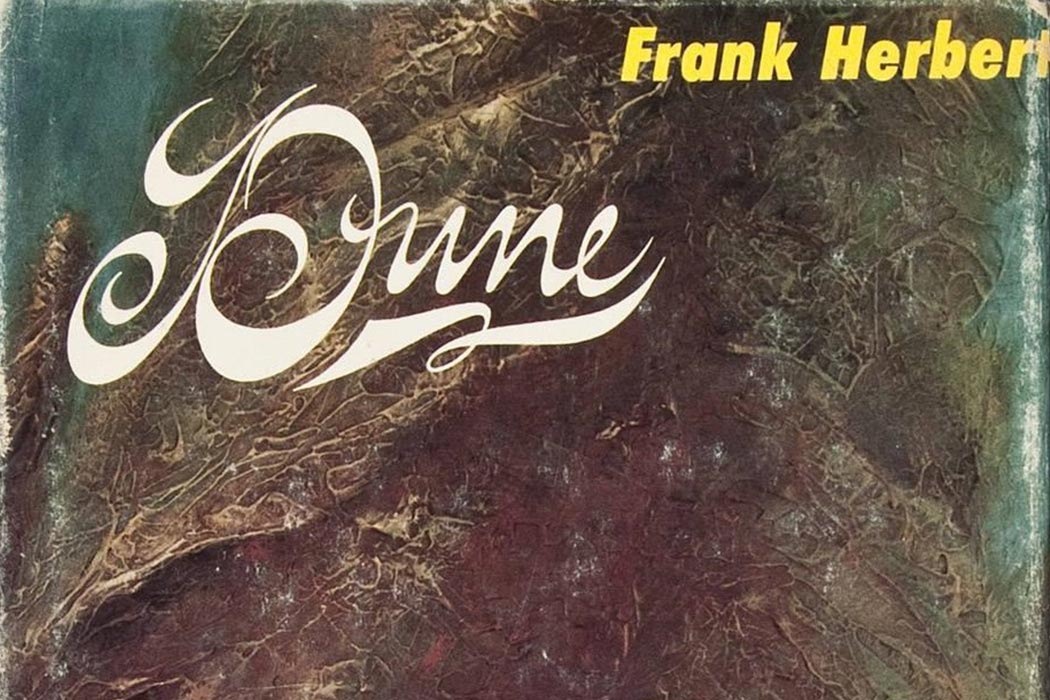 This year, Frank Herbert’s novel Dune celebrates the 50th anniversary of its publication. The novel swept the genre’s awards, spawned five sequels (and more by Herbert’s son Brian and Kevin J. Anderson), a movie, and two mini-series. It is the best-selling science-fiction novel of all time.

The original story was serialized in Analog magazine, but when Herbert put it all together as a book manuscript, Dune was rejected by twenty publishers. Chilton Books, the company that ultimately published the book, was then known mostly for its auto repair manuals. Those first editions have since fetched up to $10,000 apiece at auction.

A sprawling and complex mélange of a novel, Dune combined grand themes about human nature and human relationships to the planet(s) we live (or might live) on. Herbert wrote about his inspirations: “I find fresh nuances in religions, psychoanalytic theories, linguistics, economics, philosophy, theories of history, geology, anthropology, plant research, soil chemistry, and the metalanguages of pheromones.”

With such a “witch’s caldron” (Herbert again), it’s little wonder critics and commenters have found many ways of approaching the novel and the “Dune Universe.” Here are two for the JSTOR archive:

In Science Fiction Studies, Lorenzo DiTommaso explores Herbert’s sense of history “as a linear and progressive process, whose effects, while not always predictable, are nonetheless logical and understandable.” But things don’t necessarily progress towards more liberty or enlightenment: Herbert warned of the dangers of messianic figures and superheroes, including his own protagonist.

Ronny W. Parkerson, in ETC: A Review of General Semantics, thinks that the “central theme of the novel is not only ecology, but ecology examined in many different contexts.” Including the concept of power: Herbert worked as a ghostwriter for S.I. Hayakawa, a famed linguist and a U.S. Senator for California, and was very much interested in the way language worked at its deepest and most superficial levels.

Dune was a vision of the far future from a particular place in time, now half a century past. Today it will be read from a fresh, contemporary perspective. Could there be a better definition of a “classic” than this?