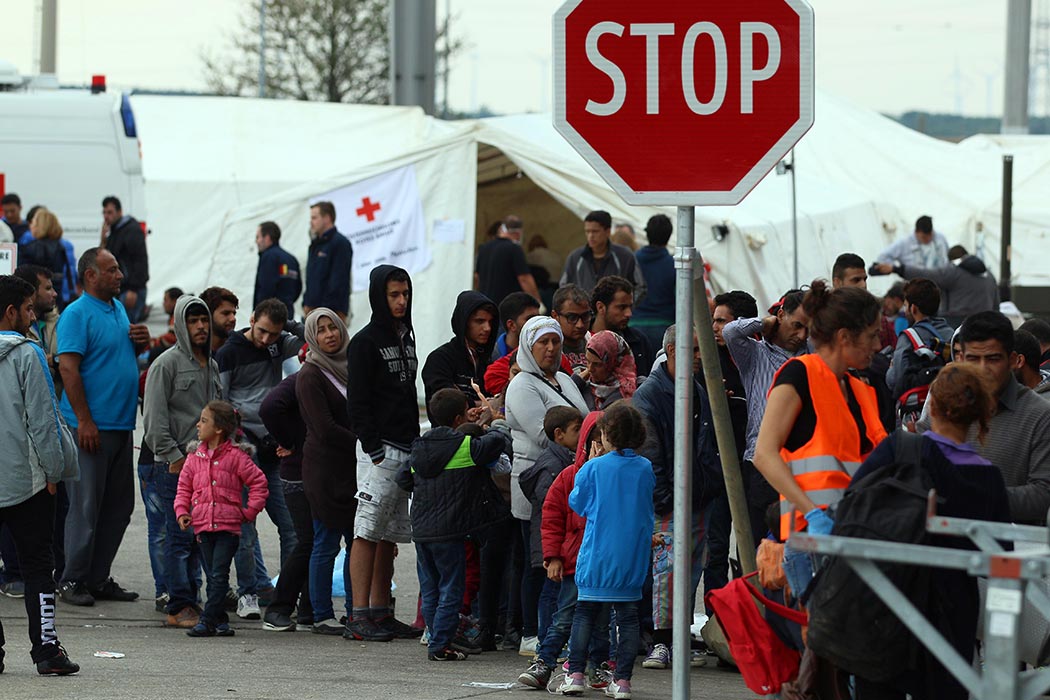 Susan Sontag and the Photographs of the European Refugee Crisis

“This morning’s collection contains the photograph of what might be a man’s body, or a woman’s; it is so mutilated that it might, on the other hand, be the body of a pig. But those certainly are dead children, and that undoubtedly is the section of a house. A bomb has torn open the side; there is still a bird-cage hanging in what was presumably the sitting room . . .”  ~ Virginia Woolf,  “Three Guineas”, June 1938

There is something deeply seductive about photography—whereas the text is most definitely a matter of interpretation, the modern media world grants a rare authority to the image, particularly photographs. To phrase it as the writer and critic Susan Sontag did, where the text renders a particular opacity, we credit photographs with a particular transparency. Where words fail, it seems photographs can speak. In our world of modern media culture, the photograph seems to possess a way of speaking that words simply cannot match. When tragedies and disasters strike, it is through photographs, rather than the pages of analysis, think pieces, and reportage that the reader can see the sheer scale of the problem.

Given that Europe is in the midst of the largest movement of people since the Second World War, it is worth revisiting Sontag’s thoughts on photography to see how it can help us make sense of the images of desperate families seeking to escape to the perceived safety of Europe. As Judith Butler points out in her excellent article ‘Photography, War, Outrage’, Sontag was deeply skeptical of the potential for photography to actually alter our behaviour, and ‘in the late 1970s Sontag argued that the photographic image no longer had the power to enrage, to incite.’ Photographs, Sontag argued at the time, could transmit affect but she struggled to see how they could influence us beyond that. The image could make us feel, but crucially, the image could not necessarily make us do.

This complaint is something common to NGOs and charities desperate to raise funds for various emergencies across the world—certain images seem to find enormous resonance with the public, yet there are some emergencies or disasters which struggle to gain sustained media attention. In many instances it seems that Sontag is correct in her fear that ‘photography has lost its capacity to shock’ and that ‘photography tends to aestheticize suffering to satisfy a consumer demand.’ Here, we turn to the migrant and refugee crisis of Europe and the shattering image of the drowned three-year-old Syrian child, Aylan Kurdi, whose small body washed up on a beach in Bodrum earlier this month. The image became laden with meaning, spreading across media Europe-wide, and in the words of the German newspaper Das Bild, ‘shaking a million people awake.’ Donations poured in and campaigns took off across Europe as ordinary people gave of their time, their money, and even their homes to help those who had recently arrived in Europe. Two flaws emerge in Sontag’s argument—the image of Aylan Kurdi did affect people and led to seismic political change across much of Europe. Yet many found this image, plastered so liberally over the pages of newspapers, hard to accept. Though it raised awareness of the scope of the refugee tragedy, there was also something deeply distasteful about media companies boosting their sales off the back of such a tragic image. Responding to the outcry, Das Bild took the bold step of removing all images from the print and web editions of the newspaper, leaving nothing but greyed out blocks and shadowy silhouettes where the images once were.

Images of suffering are something we have become numbed to, but they also hit home in a powerful way.

As Judith Butler points out, Susan Sontag revisited the issue of photography in a later work, Regarding the Pain of Others; and here her argument seems to have vitally shifted. Moving away from her typical measured rationalism, she declared ‘let the atrocious images haunt us!’ Images of suffering, of vulnerable people, are often something we have become numbed to, but they can also hit home in a way that is very powerful even in the fragile world of media culture. The tragic images may have disappeared from Das Bild but the actions of thousands across many nations prove that these images can have power if we acknowledge that turning the page should not erase them from our collective consciousness. In her final collection of essays that deal with traumatic photographs, Sontag expresses a deeply felt vacillation between two reactions—an anger at the image ‘not just for making her feel outrage but also for failing to show how to transform that affect into effective political action.’

All too often images of suffering and of desperate faces can bring on great emotion AND a deep-seated political paralysis—the sheer scale of the issue dwarfs us and so we roll our eyes away asking, what can we do?

Sontag’s answer is that we begin by looking and we must persist in doing so. ‘Let the traumatic image haunt us!’ Through that ongoing process of haunting, we can begin to understand that the photograph can be ‘an invitation…to pay attention, reflect…examine the rationalizations for mass suffering offered by established powers.’ Such words are a challenge that many across Europe have taken up, bringing hope, material goods, money, and resources to those who need them, while those established powers of government have been slow and reluctant to help those in need. It is the ordinary people, those moved by the images we have seen and the ghosts of the images gone, who have grasped that photography states ‘the innocence, the vulnerability of lives heading towards their own destruction, and this link between photography and death haunts all photographs of people.’ Our politicians would have us do the minimum possible, the turn away to face the next traumatic image, yet if those pictures of the vulnerable are to truly instigate change then our gaze must not be taken from them so quickly. 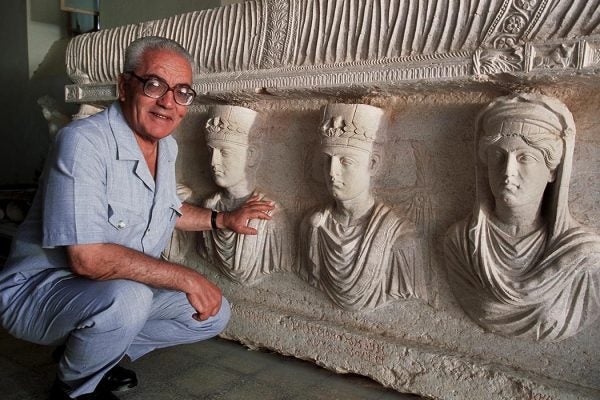 The noted archaeologist was targeted for his research and work on the ruins of Palmyra, an ancient semitic city dating back to the Neolithic age.