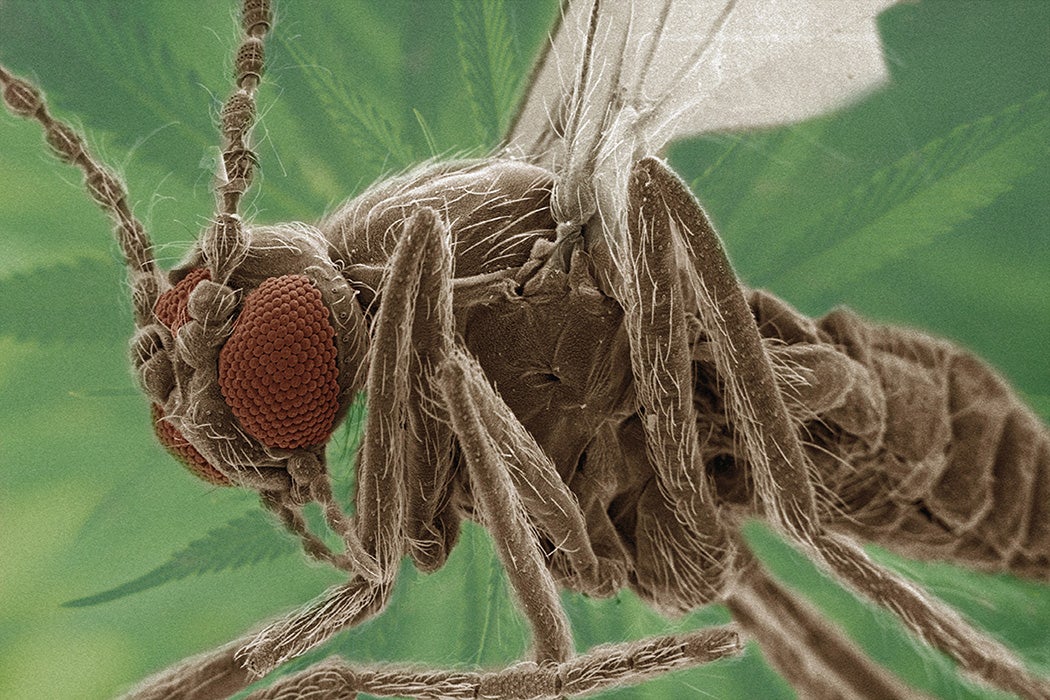 The researchers double-checked their molecular analysis tools, and the DNA hadn’t lied: blood-sucking sand flies, collected from across the world, had been munching like mad on marijuana leaves.

This wasn’t in Colorado, California, or Amsterdam. All of the pests were gathered from areas that prohibit cannabis cultivation, including Brazil, Palestine, Ethiopia, Israel, and Kazakhstan. The sand flies, which suck juices from plants but will also drink human blood while carrying offspring, had located and fed on cannabis “despite the apparent ‘absence’ of these plants from most of the field sites,” the researchers wrote. (The exception to the mystery was Kazakhstan, where a native wild strain of cannabis grows.)

In areas where leishmaniasis is prevalent, insect traps targeting the sand flies could be far more effective if cannabis is used as the bait.

The finding is a curiosity, but far more importantly, it could inform public health decisions in the tropics and subtropics. The sand flies studied spread leishmaniasis to about a million people annually, a disease of varying severities that people can contract when flies afflicted with a particular parasite bite them to drink their blood. In areas where leishmaniasis is prevalent, insect traps targeting the sand flies could be far more effective if cannabis is used as the bait.

The researchers couldn’t say why sand flies the world over seem so attracted to cannabis. (The study authors consider it unclear, but they write that it seems unlikely that the flies could get a buzz the way humans do from marijuana.) Yet they did note that some cannabinoids have antimicrobial properties. They speculate that consuming the plant’s juices could help neutralize parasites in the sand flies’ guts—including the ones that cause leishmaniasis in humans. If the sand flies are indeed self-medicating their microbiomes with cannabis compounds, it could prove valuable information for alleviating public health issues related to the tiny suckers.