The writer used hard-boiled fiction as a wide lens to accurately capture the widescreen disparity of Black life in the 1970s. 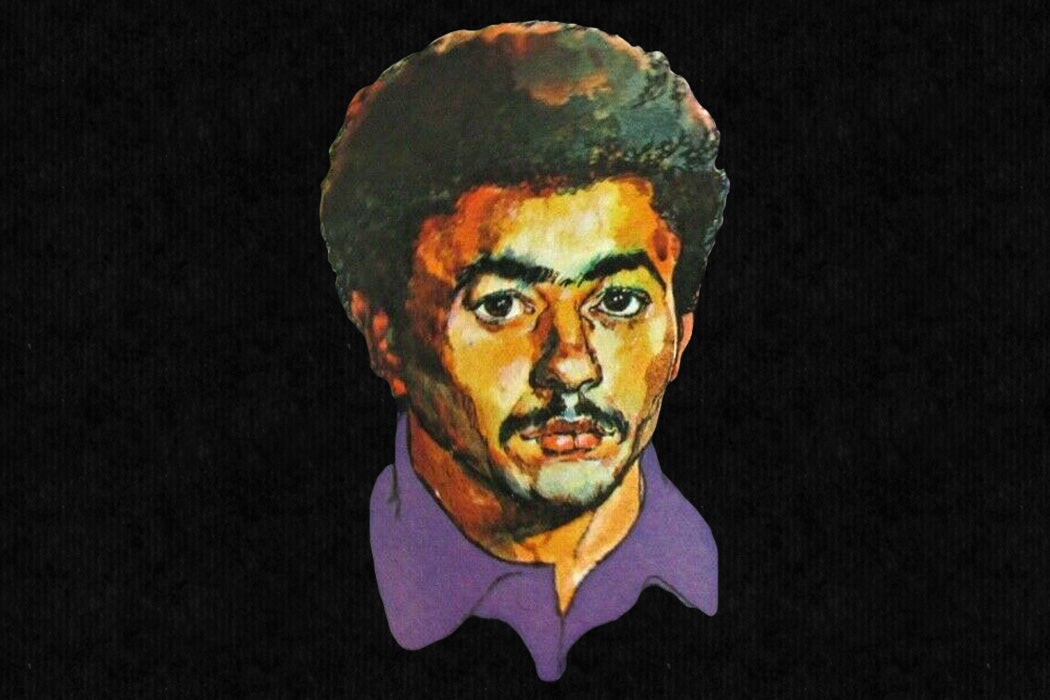 Some cities get by on reputation alone. Detroit has the automakers of the Big Three—among them Ford Motor Company—and, of course, the Motown sound. Today, at a time when news stories are angling equidistant from the positive “comeback city” narrative, Detroit’s checkered past as one of the most dangerous cities in the US can’t seem to stay fixed in the rearview: it won’t recede, there’s residual matter, like a gun discharged.

While screenwriters, filmmakers, and novelists were creating LA-tinged noir, alongside New York and Chicago visions in the 1970s, Detroit grit didn’t fit, at least not perfectly. Those jagged edges kept getting in the way, but Detroit did manage to inspire a Black writer named Donald Goines, who caressed those edges and shaped them into something unexpected, fresh, and inescapably raw. The former Korean War vet, pimp, failed moonshiner, and ex-con, turned to writing, using prose as a wide lens to accurately capture the widescreen disparity of Black life in the 70s.

Goines explored and examined the plight of pimps, prostitutes, and broken families, penning crime fiction that happened to be about Black people, living Black lives.

Goines’ work, for all its influence exploring, as a back-cover description of one of his novels puts it, “the bloody, brutal world of crime in the black ghetto” has mostly been relegated to the urban fiction bin. It’s hard to argue against this designation, as many of his defining works, Dopefiend, Crime Partners, Daddy Cool, Whoreson, Kenyatta’s Last Hit, and others, featured Black people in the ghetto trying to survive the only way available (or known) to them—usually via drugs, sex, robbery, or prostitution. Other writers (such as Sister Souljah, K’wan Foye, and Omar Tyree) before, during, and after Goines’ time (he produced novels from about 1971-1975) covered similar subjects in varying—and, in some cases, less convincing—ways, but what separated Goines from the pack was his heroin addiction.

He couldn’t escape this reality, so invariably, it showed up in his fiction time and again. He wrote about the ghetto like no one else had (or would). Goines deployed the worn tropes of crime fiction to his own creative ends: the downtrodden looking for a break, police detectives with shady—often nefarious—backgrounds, many of these tales set in his native city. For Goines, crime was always an “inside job,” so he wrote from the inside, from experience and observation. Goines wasn’t merely a purveyor of ghetto life, he explored and examined the plight of pimps, prostitutes, and broken families, penning crime fiction that happened to be about Black people, living Black lives.

“Because Goines’s ghettos are like zero-sum-game societies in one man’s gain must be another’s loss, his characters cannot even survive without breaking the law,” writes the spiritual philosopher Greg Goode:

His books are automatically crime novels similar to the way in which Caleb Williams is a crime novel. The law broken is sometimes the white man’s legal code, and sometimes the Ghetto Golden Rule, ‘what goes around comes around.’ Often, therefore, the sadistic pimp loses his best woman, the murderer dies, the hustler gets sent to jail, and a sort of automatic inner city justice is maintained. In other books, all the major characters die. In these books Goines seems to be expressing the hopelessness of life in the ghetto.

Furthermore, and this really gets to the essence of Goines’ influence and place in Black literature, “[s]ubsequently there have been imitators, almost all better writers than Goines. But no writer, before or since, can be compared to Goines in the breadth of criminal experience, and the prolific intensity with which he put his experience to paper.”

Born in 1936 in Detroit, Goines’ biography wouldn’t seem to point to a literary life. He dropped out of school at age 15, served in the Korean War, and ended up doing time for attempted larceny. While in prison, he discovered the works of Iceberg Slim (Robert Beck), a pimp turned novelist, who transformed his personal stories into the stuff of ghetto realism. After a year, Goines was released from prison and eventually secured a publisher, Los Angeles-based Holloway House Publishing Company, which also published Iceberg Slim’s work—most notably, the provocative autobiography, Pimp: The Story of My Life (1967). (The biographies Donald Writes No More (1974) by Eddie Stone and Low Road: The Life and Legacy of Donald Goines (2004) by Eddie B. Allen, Jr., are excellent sources if you want to learn more about Goines’ personal and literary journey, as well as the influence of Iceberg Slim upon his work, and the impact of Holloway House Publishing Company.)

The cultural historian H. Bruce Franklin—writing for PMLA—provides valuable commentary on the influence of prison literature, not only on the early work of Goines, but perhaps more importantly, across a wider narrative connecting literacy and those writers (like Goines) who learned their craft while incarcerated. As Franklin writes:

In all American prison literature, nothing has quite the same effects as these novels [Goines’ 16 published works], which have converted untold numbers of non-readers into addicts craving their next book while also transforming their vision of themselves and their world.

Goines’ debut novel, Dopefiend, published in 1971, was followed by a barrage of others, including Whoreson (1972); Black Gangster (1972); Street Players (1972); White Man’s Justice, Black Man’s Grief (1973); Black Girl Lost (1973); Eldorado Red (1974); and his Kenyatta series of novels, written under the pseudonym Al C. Clark—featuring the titular hitman—starting with Crime Partners (1974) and ending with Kenyatta’s Last Hit (1975), display a writer at the height of his creative and descriptive powers.

When critics write about the early 70s, Blaxploitation inevitably shows up, but few make the connection to Goines and his contribution to that era, a type of call-and-response, a shared cultural soup set at a roiling boil. Blaxploitation films were in many ways an exaggeration, an aspirational attempt to celebrate Blackness and Black empowerment. In contrast, a Goines novel was neither glitzy nor jive, it played the B side to Blaxploitation’s A side. It was, indelibly, the drop of the needle inside the groove.

Of all his novels, Dopefiend would be the most personal and accomplished because it was about the needle. He wrote in a typewritten memo that he was trying to “reveal the sickening, the madness, the horror of drug addiction in the ghettos,” which he accomplished in Dopefiend. The novel follows Porky, a pusher and drug addict, living as Stevie Wonder might have put it, “for the city.” Goines’ description of life inside drug houses, and also his ability to write titillating sex scenes, were impressive for the verisimilitude he brought to the page.

“In addition to providing a literary foundation for contemporary street fiction authors, Goines’s work has been a shaping force in contemporary mainstream hip-hop culture,” according to the literary scholars Marc Lamont Hill, Biany Pérez, and Decoteau J. Irby. These authors continue:

In particular, as critics have noted (e.g., Watkins), Goines’s narratives have shaped the lyrical content of rap artists, many of whom directly credit Goines’s books for both artistic inspiration and creative direction. The relationship between Goines and hip-hop culture is critical, as the latter has also contributed greatly to the resurgence of contemporary street fiction.

Goines’ depiction of “contemporary street fiction” had Detroit at its center, reflective of growing racial tensions whose circuitous routes—and demands for equality—reverberated around the world.

From a historic vantage point, Goines was writing at a time of great social and political upheaval, several years after the Detroit riots (now rightfully recast as the Detroit rebellion) of 1967, and on the cusp of the first term of Detroit’s first Black mayor, Coleman Young, who, with his tough talk and equally colorful background, might have been a character written by Goines.

Unfortunately, Goines would not live to see Young take office. His end, one might say, was destined to be as mysterious as the end of one of his novels. In 1974, gunmen entered his apartment in Highland Park, a city outside of Detroit, and shot him dead, at the age of 37. But his works have been kept alive—and in print—since then, selling millions of copies. It’s an amazing feat considering a volatile publishing market, one often apathetic or unsupportive of Black popular fiction, let alone Black crime fiction disguised as ghetto realism.

Goines’s vision (from a certain point of view) was captured in Never Die Alone, starring and produced by the rapper DMX (best known for his song “Party Up (Up in Here),” with the infectious refrain of “Y’all gon’ make me lose my mind / Up in here, up in here”). Alas, the 2004 film did little to elevate DMX’s transition from rapper to serious actor, nor did it start the proposed string of Goines movies such a venture might have initiated. Still, maybe it’s for the best: Goines’ lean prose, his ability to describe the ecstasy of the needle, the intimacy of sexual contact, or the rocky—sometimes violent—path toward manhood, would be lost on the big screen. Clocking in at a little over 200 pages, most of Goines’ novels owe more to the pulp fiction of the 40s and 50s—unlike the sprawling detective novels of Walter Mosley. Where Mosley has distinctly literary ambitions (or literary ambitions of a different sort), Goines, in contrast, was a beat reporter, an eyewitness to his community’s decay and struggles against the tide of socioeconomic forces.

If you want to know what it was like to be Black in the early 70s, throw on some Stax records, Marvin Gaye, or Curtis Mayfield, and open up a Donald Goines novel. It will open your eyes. From Dopefiend to Kenyatta's Last Hit: The Angry Black Crime Novels of Donald Goines
By: Greg Goode
MELUS, Vol. 11, No. 3, Ethnic Images in Popular Genres and Media (Autumn, 1984), pp. 41-48
Oxford University Press on behalf of Society for the Study of the Multi-Ethnic Literature of the United States (MELUS)
Can the Penitentiary Teach the Academy How to Read?
By: H. Bruce Franklin
PMLA, Vol. 123, No. 3 (May, 2008), pp. 643-650
Cambridge University Press