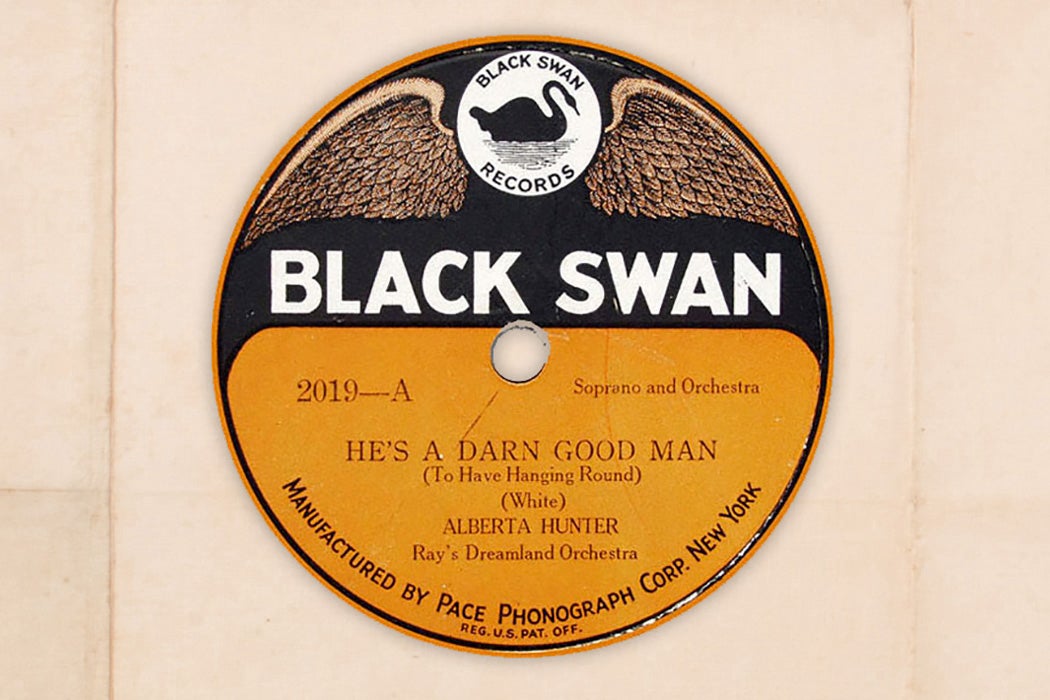 Black Swan Records, the first large-scale Black-owned record label in the United States, is getting a lot of attention lately. Started by Harry Pace in 1921, Black Swan only lasted three years, but its legacy laid the groundwork for many Black-owned labels to come.

As historian David Suisman explains, Black Swan was “designed to utilize the combined power of music and business as vehicles of uplift and racial justice.” The label’s releases wouldn’t deal in the stereotypical sounds and images of Black performance of the time, but would instead produce music that challenged them.

After Black Swan got its start, the 1920s saw the arrival of more Black-owned record labels. There was Sunshine Records, run by the Spikes brothers out of Los Angeles, which specialized in jazz and blues. Chicago’s Black Patti Records got into the game in 1927. Founded by music producer Mayo Williams, the label was named for classical music singer Matilda Sissieretta Jones, also known as the Black Patti. The label, releasing jazz, blues, spirituals, and vaudeville, went out of business the same year it opened, but in those seven months, Black Patti released nearly sixty records.

According to researcher Reebee Garofalo, “the role of the music business is fundamentally to transform its cultural products into financial rewards,” and Black-owned record labels were no different. Like all businesses, the recording industry took a hit following the Great Depression. Garofolo notes, “annual record revenues in the United States declined immediately and then plummeted to an all-time low of $6 million in 1933.” But would-be entrepreneurs weren’t discouraged from trying to put their own stamp on the industry. By the 1940s and ’50s, more labels began to appear on the musical landscape, due to changes in technology as well as economics.

Indie labels began popping up in the North and South due to both the Great Migration and what geographer Howard Harrington III calls “the introduction of independent record pressing or manufacturing facilities during the post-war period.”

Perhaps the most well-known Black-owned label, Detroit’s Motown Records, got its start in 1959. Motown wasn’t the only Black-owned label in the city, though. Golden World, started by Ed Wingate and his business partner, Joanne Jackson Bratton, opened its doors in 1961. And House of Beauty, started by Carmen Murphy—who ran a recording studio in her beauty salon—and Johnnie Mae Matthews’s Northern Records actually predate Motown, both starting about a year earlier.

Of course, Black record-label ownership would continue far beyond these early days, with names too numerous to mention. But like Black Swan before them, each of these, in ways large and small, have changed the musical landscape of the US. As Harrington writes, “mass marketing, mass distribution and promotion of musical products based on Black music remain the industry’s most essential and salient features and components.”

Co-Workers in the Kingdom of Culture: Black Swan Records and the Political Economy of African American Music
By: David Suisman
The Journal of American History, Vol. 90, No. 4 (Mar., 2004), pp. 1295-1324
Oxford University Press on behalf of Organization of American Historians
From Music Publishing to MP3: Music and Industry in the Twentieth Century
By: Reebee Garofalo
American Music, Vol. 17, No. 3 (Autumn, 1999), pp. 318-354
University of Illinois Press
Black Stars or Black Holes? Cities as Sites for Verticality in Popular Black Music Production
By: HOWARD R. HARRINGTON III
Built Environment (1978-), Vol. 31, No. 3, Music and the City (2005), pp. 208-225
Alexandrine Press 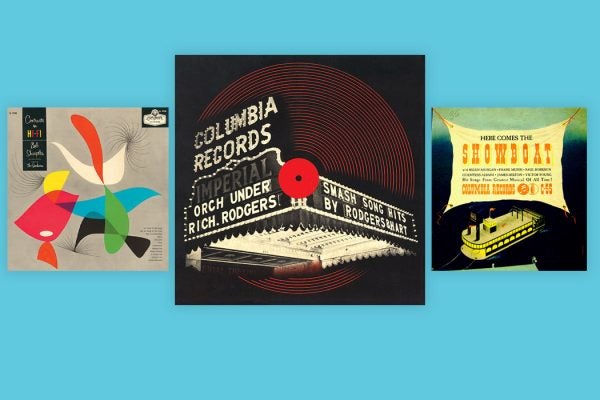 Inspired by the Bauhaus and WPA posters, the midcentury designer all but invented the modern record-album cover.