Shelley’s third novel, about the sole survivor of a global plague, draws on the now-outdated miasma theory of disease. 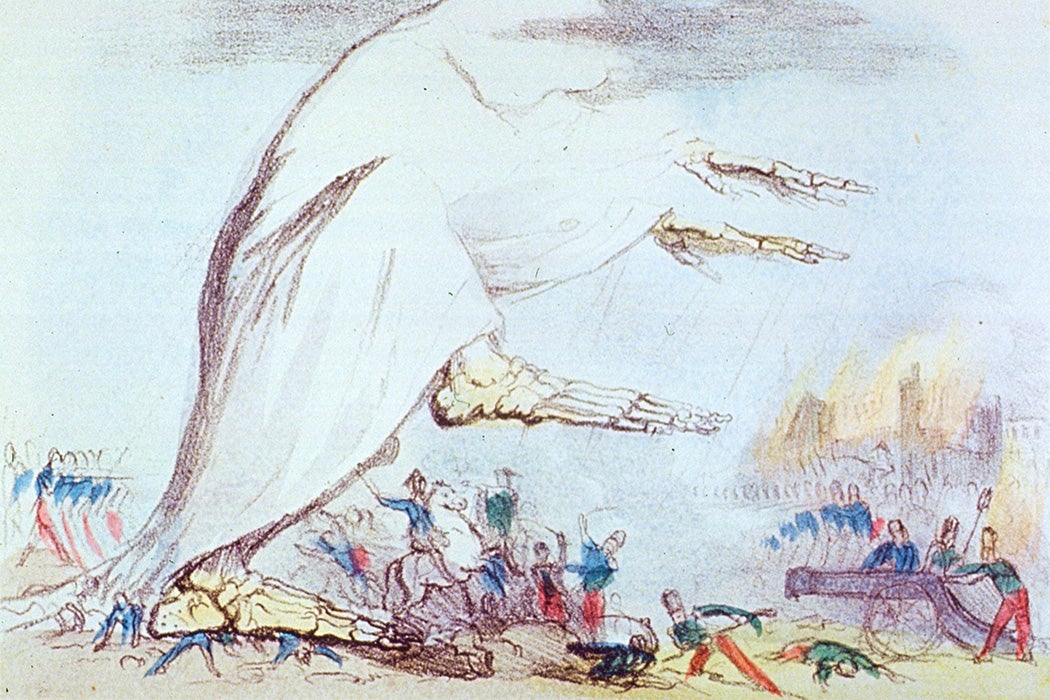 Mary Shelley’s third novel, The Last Man (1826), is about the sole survivor of a global plague at the end of the twenty-first century. Um…should we all be reading it now?

Maybe, but not for its anti-contagionist theory of disease.

We feared the coming summer. Nations, bordering on the already infected countries, began to enter upon serious plans for the better keeping out of the enemy. We, a commercial people, were obliged to bring such schemes under consideration; and the question of contagion became matter of earnest disquisition.

So says Lionel Verney, Shelley’s narrator. The novel includes characters based on Percy Bysshe Shelley (died 1822) and Lord Byron (died 1824), but Verney is most identified with Mary Shelley herself.

According to one scholar’s analysis, the plague in The Last Man is both disease and metaphor.

Mary Shelley was no stranger to disease. Her mother, the brilliant Mary Wollstonecraft, died of puerperal fever soon giving birth to her. Her daughter Clara died of dysentery at the age of one. Her son William died of malaria at the age of three. Her husband Percy drowned; his body had to be buried in quicklime because of Italian quarantine rules. Eventually he was disinterred and cremated. Rumor has it that his heart wouldn’t burn, and was purportedly pulled from the funeral pyre by Edward Trelawny as he tended the fire. Trelawny claimed that if anybody saw him rescue Shelley’s heart, “I should have been put in quarantine.”

Indeed. But Mary Shelley—who eventually wrestled her husband’s heart away from Trelawny—did not approve of quarantine.

As scholar Anne McWhir details in an article for Mosaic, there were two theories of disease transmission in the early nineteenth century. Some in Shelley’s time believed in contagion: diseases as transmitted by close contact or bodily fluids. Quarantine was a response to this: isolating people and things, including trade goods.

These contagionists—who were right but couldn’t prove it—lost ground to the miasmatists, who believed that the air itself—stagnant, stinky, miasmic—was the source of infectious disease. Before microbiology, this wasn’t a fringe idea—plenty of medical people were miasmatists. Bad air—mal aria in the Italian—even gave its name to a disease.

Mary Shelley—who was very aware of contemporary philosophical-scientific discourse—was one of these miasmatists, and it comes out in her apocalyptic novel, The Last Man. As Anne McWhir writes, the novel “demonstrates the futility of all such [public health and quarantine] measures against fatal atmospheric influences.” According to McWhir’s analysis, the plague in The Last Man is both disease and metaphor.

For all her sympathy with contemporary notions of disease transmission, Shelley’s The Last Man was not well received. One critic even called it “diseased.” The novel was printed in a pirated American edition in 1833, but otherwise it wasn’t reprinted until the 1960s, when scholars found much in it to consider anew.

There’s a grim irony in Shelley’s acceptance of miasmatism. Her birth and her mother’s death in 1797 came at the very cusp of a drastic increase in hospital mortality rates in England. The rate had fallen to very low levels by the end of the eighteenth century, but the miasmatists may very well have contributed to the new century’s increase. “If infection was thought to be air-borne, then ventilation might have received more attention than hand-washing—with disastrous results for women in childbirth,” writes McWhir. 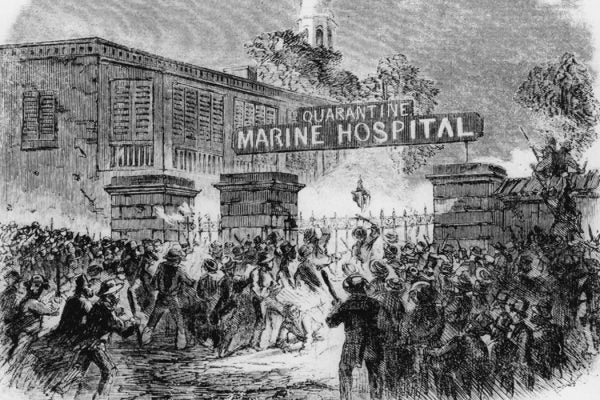