The Invention of the “Healthy” Caribbean

Europeans used to believe that “bad air” caused diseases, so they distrusted the Caribbean’s air quality and land features like swamps. 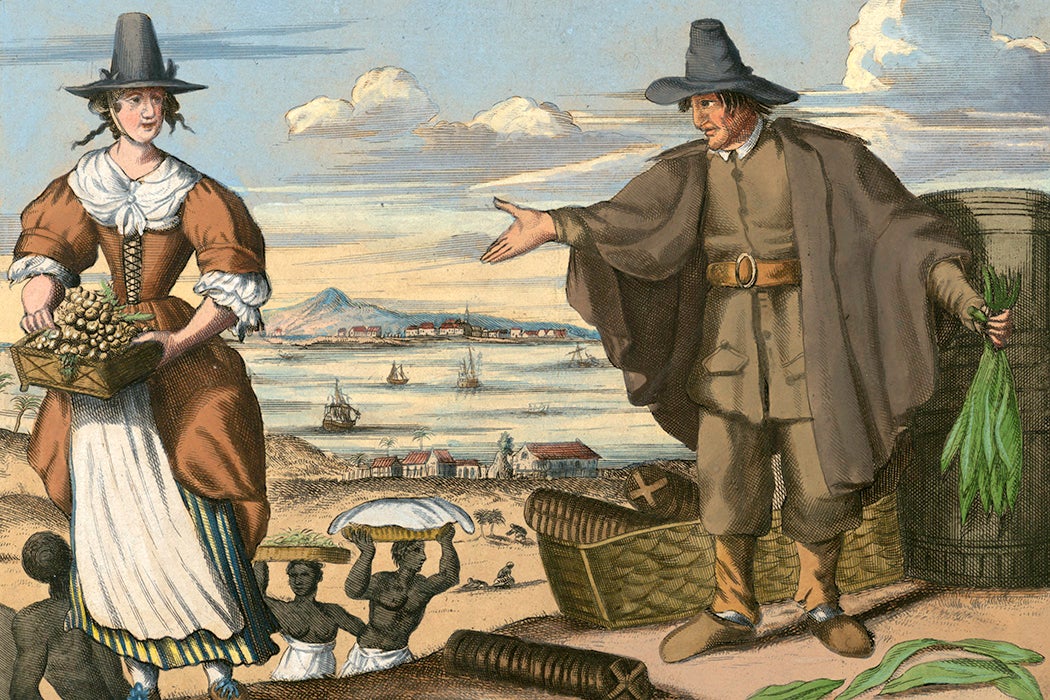 As spring break season approaches, many U.S. students are planning vacations to the Caribbean. Yet as environmental studies scholar Mark Carey explains, visitors from the U.S. and Europe have had a complicated relationship with the region for centuries. Disease has been a particularly common concern.

Before the late nineteenth century, when the “germ theory” of disease began to be accepted by the public, Europeans thought “bad air” caused sickness (“miasma theory”). So, as Carey writes, opinions on the healthfulness of Caribbean destinations depended on the specific features of the land and its air quality. Many doctors associated marshes with fever, liver disease, and even simple unhappiness. On the other hand, wind was supposed to not only cool the body but purify the spirit and prevent sickness. One 1775 publication on animal husbandry claimed that the dry air found along hilly coasts was healthy, but “when a meridian sun unites with a marshy rotten soil, in which the heavy rains stagnate, then it is impossible for a country to be tolerably healthy.”

Among the health-seeking visitors to that island was George Washington, who traveled there in 1751 to escape the northern winter.

For instance, Europeans saw Barbados as one of the healthiest spots in the Caribbean, thanks to its rocky ground. Among the health-seeking visitors to that island was George Washington, who traveled there in 1751 to escape the northern winter.

Carey notes that Europeans also insisted that clearing land for farms improved the local climate. As one British doctor wrote in 1806, a place “can only be made healthy by the unceasing toil of man.” Perhaps unsurprisingly, this theory supported the idea that colonial governments should organize land use and economic activity in ways that were advantageous to Europe. Visiting Haiti in 1803, after the revolution, one Polish soldier complained that “The air here is most unhealthy, especially since the time of the black revolt twelve years ago.”

Through the nineteenth century, there was a widespread sense in Europe and the United States that Caribbean climates were dangerous. It’s probably not surprising that the public felt that way, given the high rates of malaria among U.S. soldiers serving in the Spanish-American War and, later, among workers building the Panama Canal. But Carey writes that doctors worked to portray at least some parts of the region as healthful. In the late nineteenth century, a British surgeon suggested creating a health resort for U.S. residents on a hill in Jamaica, reasoning that yellow fever couldn’t reach high elevations.

Attitudes shifted gradually. This was partly due to improved understanding of disease vectors and projects to reduce mosquito populations. Savvy marketing also helped. As early as 1865, the Church of England recruited missionaries to the Bahamas with a report touting the island climate. Over time, steamship travel made the Caribbean accessible for more tourists. A “suntan fad” that swept the United States in the 1920s contributed to the appeal, tying time in the sun to health. Carey writes that marketing material “lured foreigners who sought not only relaxation and romance but also power over much poorer populations.”

If that marketing campaign worked then, it hasn’t necessarily outweighed the legacy of anxiety among travelers to the Caribbean. This spring, many of them will be following in a long tradition as they weigh the appeal of sun and sea with a vague fear of dangerous diseases.

Inventing Caribbean Climates: How Science, Medicine, and Tourism Changed Tropical Weather from Deadly to Healthy
By: Mark Carey
Osiris, Vol. 26, No. 1, Klima (2011), pp. 129-141
The University of Chicago Press on behalf of The History of Science Society