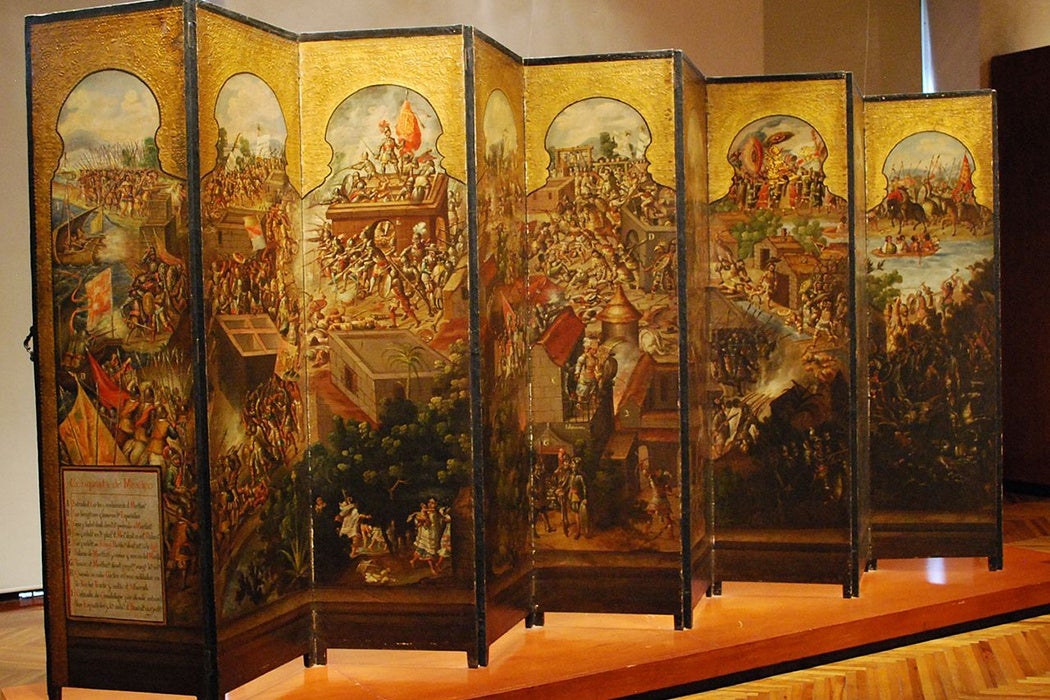 The Los Angeles County Museum of Art recently hosted an event featuring art historian Barbara E. Mundy entitled, “The Death of Aztec Tenochtitlan, the Life of Mexico City.” In her talk, she explored the Spanish myth that the Mexica, more commonly known as the Aztecs, simply disappeared after Spanish conquest. In fact, as she argued, “[w]hat the Spanish proclaimed as their colonial capital was, in fact, a vibrant Aztec city through the sixteenth century.”

History is often written by the victors; imperial expansion is shaped into a narrative of triumphant victory and catastrophic defeat. The Spanish version of the Mexica conquest is no exception. But Mundy analyzes art to show how the two cultures lived alongside one another.

In Mundy’s 2011 article “Moteuczoma Reborn: Biombo Paintings and Collective Memory in Colonial Mexico City,” Mundy looks to seventeenth-century biombo paintings in Mexico City in order to explore the collective memories that exist in the artworks, revealing a thriving indigenous culture living alongside the Spanish.

Indigenous Mexica dances, or mitotes, were depicted alongside the Catholic celebrations.

On the two-sided Biombo de la conquista de Mexico y vista de la Ciudad de Mexico (1690), one side shows the empty city, likely influenced by decorative European maps. In it, the streets and buildings of Mexico City stretch out three-dimensionally, without narrative, so that viewers can “implant their personal memories of this place onto the ordered grid that stretched out before their eyes.” On the other side, a more focused narrative depicts pivotal scenes of Spain’s conquest of Mexico, moving through the city spatially rather than temporally, and told from the Spanish victors’ accounts.

In studying the celebrations depicted on the narrative side, Mundy points to pivotal moments of conquest and conversion of the Mexica and república de indios. For example, Mundy explores the depiction of processional garlands, most commonly associated with the month-long Catholic celebration of Corpus Christi. The garlands that appear throughout the biombo are symbolic of the holiday, but they also are emblematic of indigenous people’s “grueling economic subjugation within the Spanish city.”

These garlands were difficult to make and the Spaniards relied on indigenous labor to provide hundreds of garlands, each measuring almost 30 feet. In 1790, the government even ended this practice of such garlands because of the “burdensome nature” of the production. So references to the garlands could speak to the celebration of Corpus Christi, while nodding to the history of indigenous subjugation and the struggle for improved rights.

Additionally, indigenous Mexica dances, or mitotes, were depicted alongside the Catholic celebrations. “The mitotes may have also been important vehicles for social reproduction as well as recollection.” These dances were very intentionally passed down only to select Mexica dancers, preserving the performance and passing down a collective oral and performative history.

Through the mitotes and the depictions of the dances themselves, indigenous people could “assert their political vibrancy” and identify “with the great lineages of pre-Hispanic rulers.” The images, histories, and dances depicted in the biombos record a complex history of Spanish, Mexica, and other indigenous populations blending to create a rich and fluid culture. 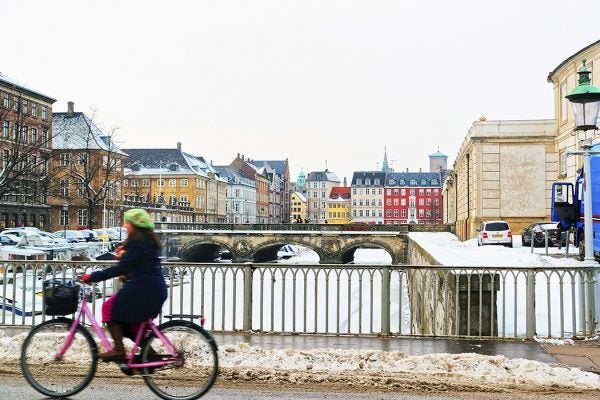 The Cozy Linguistics of Hygge and Other “Untranslatable” Words

Why English speakers love "hygge" and other "untranslatable" words about emotional states.