The bowling desegregation movement began during World War II, but wouldn’t end there. 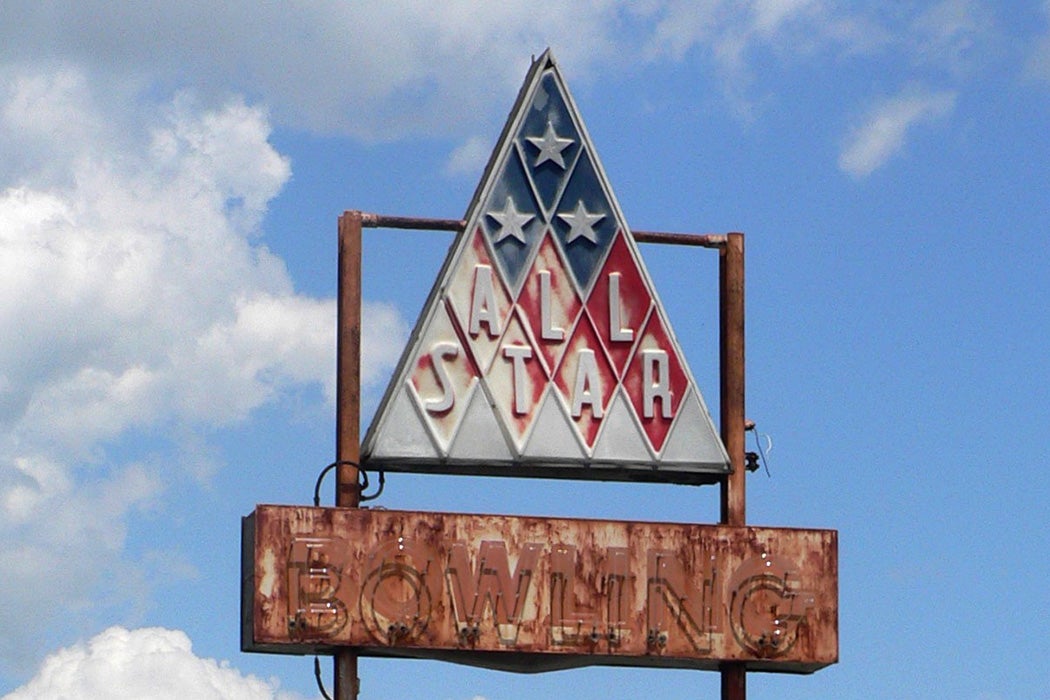 The fight for civil rights are part of American memory: student sit-ins at segregated lunch counters, Freedom Riders through the South, marches through city streets. But Jim Crow era America also restricted Black freedom in spaces that aren’t always as remembered. One of the most significant fights for integration was in bowling alleys. But, as communication scholar Patricia L. Dooley explains, with the exception of Black newspapers, early fights to integrate bowling alleys went largely unreported. The bowling desegregation movement, Dooley explains, began during World War II, but wouldn’t end there. Several incidents, including the Orangeburg Massacre in 1968 that resulted in three deaths and 27 injuries, marked bowling alleys as a pivotal site in the fight for equality.

In the late 1930s and early 1940s, bowling was taking a hold of America’s leisure time. Among Black bowling fans, the sport’s popularity saw the launch of the National Negro Bowling Association (NNBA), which held its first tournament in 1939. The organization had two missions, Dooley explains, “promoting bowling among African Americans and fighting to end racial discrimination and exclusion in the nationally organized sport of bowling.” In its first three years, there were over 1800 members and 300 teams formed, and “[s]ince the NNBA included women and people of all races in its teams and tournaments, this added to its appeal.” By 1945, Dooley explains, bowling became one of the nation’s “most popular pastimes. In each year in the early 1940s, an estimated 16-20 million people went bowling in approximately 75,000 lanes.”

But many of these lanes remained segregated, and the fight to desegregate bowling alleys continued well past the World War II era.

The scene erupted in chaos, and the police began beating the students with clubs.

In 1968, students from South Carolina State College, a historically Black college in Orangeburg, attempted to enter a segregated bowling alley in town. The alley was closed by police for the night. The students returned the next day, finding the doors locked and guarded by police. When the doors opened to let one of the officers in, students rushed in, resulting in fifteen arrests. As news of the arrests spread, a crowd began to form outside of the alley. (More contemporary reporting can be found in Reveal Digital’s open access Campus Underground newspaper collection on JSTOR.)

As researcher Reid C. Toth writes, “a crowd of approximately 300 students gathered. […]  By this time the Orangeburg city police had been joined by South Carolina Highway Patrol troopers.” The police agreed to release the arrested students if the crowd would disperse. After their release, a firetruck pulled into the parking lots, and as Toth explains, the students “immediately became agitated, apparently believing that officials planned to use fire hoses on them.” The scene erupted in chaos, and the police began beating the students with clubs. Toth continues, “[r]eports were later made of females being held by one officer while being beaten by another.”

After three days, with no action being taken against the police for the violence, the students staged a protest on campus. And while accounts of what started the violence differ, the result was that police fired on the students, and “all but two of the injured students had been shot in the back, side, or through the soles of their feet.” Nine of the officers were tried but acquitted for the shootings.

Jim Crow laws affected all aspects of Black public life, and efforts to desegregate sports and their facilities were, as Dooley writes, an example of what Black Americans “would no longer accept in the realm of amateur sports and leisure-time activities.”