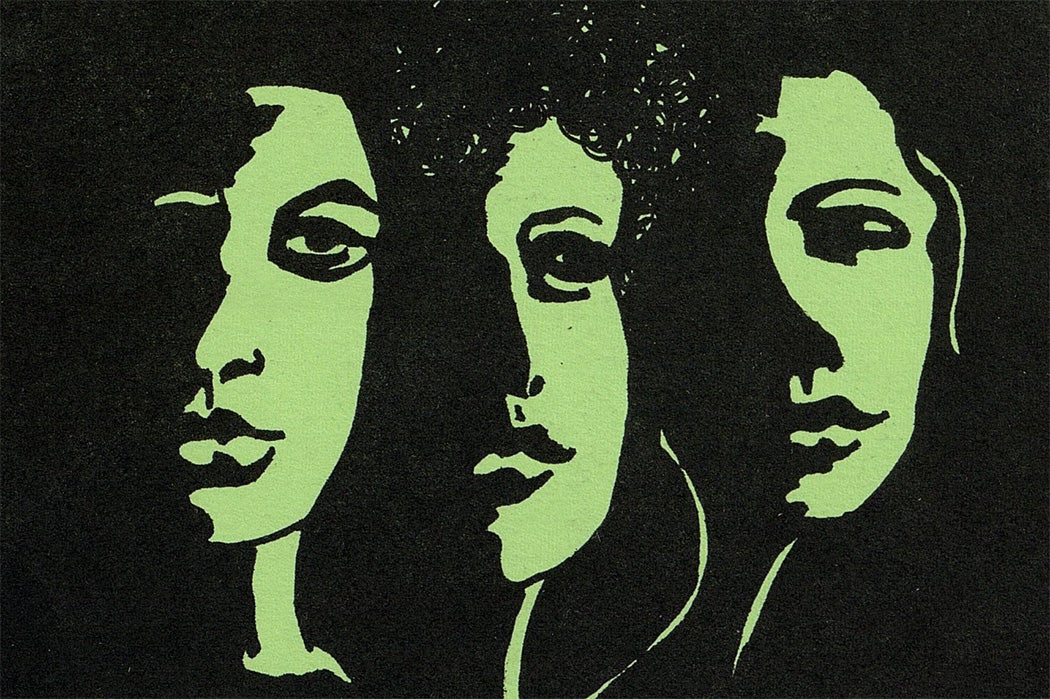 An illustration from the cover of The Lesbian Tide, Volume 1, Issue 5, 1971
via JSTOR
By: Ashawnta Jackson
3 minutes
Share Tweet Email Print

Though identities in the 1950s were just as diverse as they are now, that decade was “an age of cognitive dissonance: millions of people believed in ideals that poorly described their own experience,” argues historian Ruth Rosen in her book The World Split Open. What this split between ideals and lived reality looked like varied, but for many gay and lesbian Americans, that experience included secrecy. As historian Marcia M. Gallo explains in OAH Magazine of History, if they were discovered, in addition to harassment and possible arrest, they were “dismissed from federal employment, fired from private industry, and deprived of custody of their children.”

But there were those who tried to carve out space to be themselves. On September 21, 1955, Del Martin and Phyllis Lyon, a San Francisco couple, joined three other lesbian couples to discuss forming “a social club for gay girls.” Out of this initial meeting came the Daughters of Bilitis (DOB), the first lesbian rights organization in the United States.

DOB “performed a careful balancing act between visibility and secrecy.”

The idea was a revolutionary one, but it was still the 1950s, and as Gallo explains, DOB “performed a careful balancing act between visibility and secrecy.” They hosted a living room series, “Gab ’n’ Java,” featuring topics of interest to the lesbian community, but meetings weren’t exclusively for lesbians—they were open to any woman who was “interested in learning more about the ‘problems’ of homosexuality.”

The name for the new group came from a poem, “Songs of Bilitis,” which was “supposedly written by a mythical female lover of the legendary Greek teacher and poet Sappho.” For those who knew, the name was beacon; for those who didn’t, it was just another women’s club.

They opened an office in San Francisco, sharing space with the Mattachine Society, a similar organization for gay men. Though they did have conferences and events, the group may be best remembered for its publication, The Ladder, a monthly magazine that ran from 1956 to 1972. They were aided in its launch both by Mattachine and gay rights organization, ONE, Inc.

As Gallo explains in an issue of off our backs, “Through The Ladder … artists and organizers helped develop a new lesbian identity.” The Ladder was a lifeline. For women who wanted to connect with community, the best resources were “the drugstore or the bus station,” she writes. That’s where cheap “pocket books” were, with their covers featuring seductively posed women. But The Ladder was different, it “provided visual as well as verbal portraits of lesbians, expanding the range of possibilities.”

The magazine was one of the few that published work by lesbian and feminist artists. Two notable pieces (actually long letters to the editors) that appeared in it were signed “L. H. N., New York, New York,” and as Gallo notes, “within a few years, their author, playwright Lorraine Hansberry … would cause a sensation with her searing drama on American race relations, A Raisin in the Sun (1959).” Local branches of the DOB also entered the publishing business. The Los Angeles chapter, for example, launched The Lesbian Tide in 1971.

Though the group was an early and exciting force in lesbian activism and community, by the late 1960s, there were splinters over “the growing importance of feminism to the lesbian rights movement,” made sharper by the increasing generational divide among the members. As sociologist Kristin G. Esterberg explains, younger lesbians not only had more options than DOB (and many were living their lives more openly than older members), they looked to organizations that worked in the intersections of women’s rights, civil rights, and the anti-war movement. In short, “the DOB’s goals and tactics seemed to some quaint and old-fashioned.” The national organization ultimately dissolved in 1970, with the last local chapter closing in 1995.

The DOB was a revolutionary organization. As Gallo writes, “The Daughters’ mix of personal support and political debate brought women to activism who never would have defined themselves as agents for change.”

Different Daughters
By: Marcia M. Gallo
OAH Magazine of History, Vol. 20, No. 2, History of Sexuality (March 2006), pp. 27–30
Oxford University Press on behalf of Organization of American Historians
Celebrating the Years of “The Ladder”
By: Marcia M. Gallo
Off Our Backs, Vol. 35, No. 5/6, 35 years of off our backs (May–June 2005), pp. 34-36
off our backs, inc.
From Accommodation to Liberation: A Social Movement Analysis of Lesbians in the Homophile Movement
By: Kristin G. Esterberg
Gender and Society, Vol. 8, No. 3, This Issue Is Devoted to: Sexual Identities/Sexual Communities (September 1994), pp. 424–443
Sage Publications, Inc. 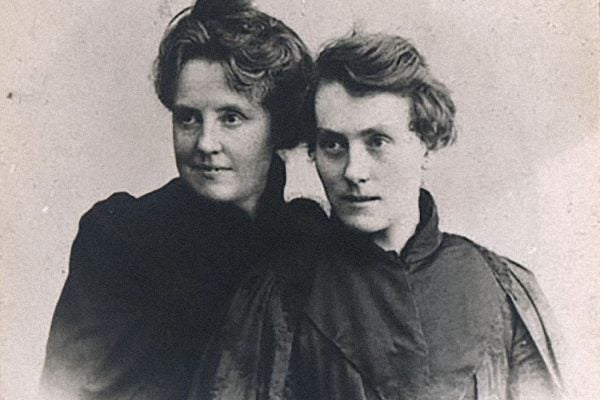 One Name, Two Writers: The Story of Michael Field

Katherine Bradley and Edith Cooper worked within the constraints of Victorian society, building a writing career and a relationship under an assumed name.