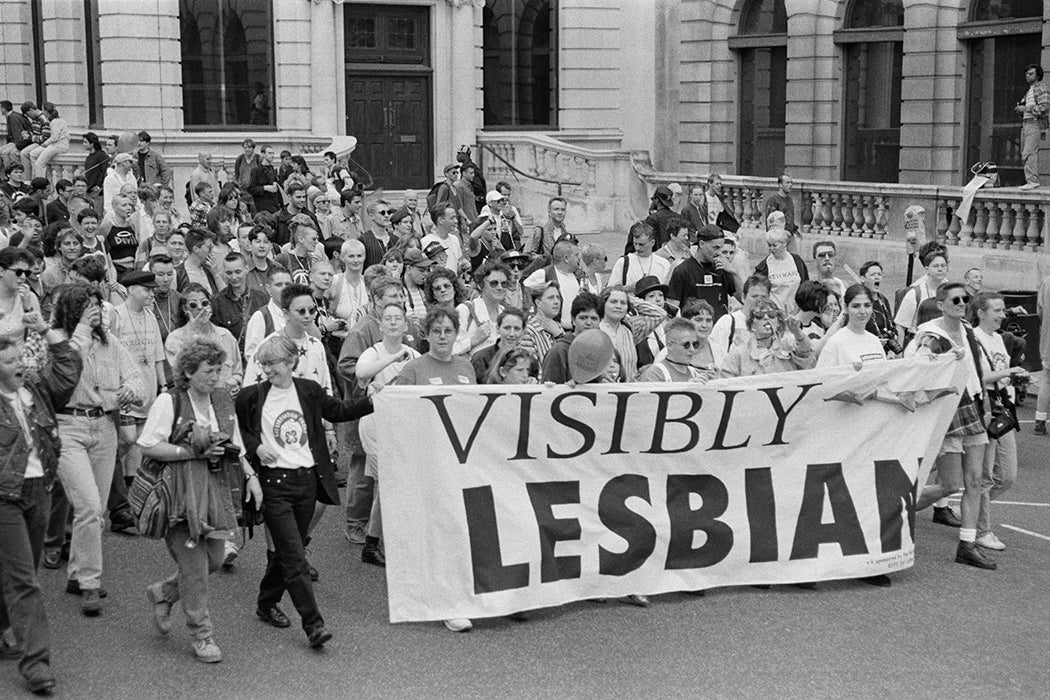 Are lesbian rights women’s rights? Fifty years ago, the National Organization for Women (NOW) agreed that they were. But as historian Stephanie Gilmore and sociologist Elizabeth Kaminski write, it took a lot of pushing from lesbians within the organization’s local chapters to make that happen.

NOW got its start in 1966. During a meeting of the President’s Commission on the Status of Women, twenty-eight women met in the hotel room of Betty Friedan (author of The Feminine Mystique) to talk about the problem of workplace discrimination against women. Contrary to some later depictions of the movement, Gilmore and Kaminski write, the group was diverse in terms of race, class, sexual orientation, and political ideology. On the spot, they each chipped in $5 to start a new organization.

Within a year, NOW had hundreds of members and was sprouting local chapters around the country. Among the local organizers were many lesbians, who frequently had experience in political organizing. Del Martin and Phyllis Lyon, a couple from San Francisco, had founded the lesbian group Daughters of Bilitis in 1955. When they heard a NOW organizer on the radio, they later recalled, their reaction was “oh, thank god, the heterosexual women are finally getting it together.”

Lesbian members who called for the recognition of lesbian rights as a feminist cause found themselves pushed out of leadership positions.

But, Gilmore and Kaminski write, Martin and Lyon soon encountered homophobia within NOW. The organization had created a couple’s membership with the intention of involving more husbands in the feminist movement. When Martin and Lyon attempted to renew their membership at the couples’ rate, the local San Francisco leader accepted it. But, they recalled, “Betty Friedan had a fit.”

At New York City NOW, lesbian members who called for the recognition of lesbian rights as a feminist cause found themselves pushed out of leadership positions. In 1969, Friedan notoriously referred to lesbians as a “lavender menace” to the movement. She and some other NOW leaders argued that publicly supporting the right to same-sex relationships would hurt the group’s mainstream credibility and hand a weapon to its opponents.

In response, Gilmore and Kaminski write, some lesbians left NOW chapters and formed their own lesbian feminist groups. But others stayed, and pushed for recognition. In a 1970 letter to Friedan, Martin argued that “fear of the Lesbian taint and refusal to cope with it is what can be disastrous to the women’s movement.”

In 1971, NOW formally recognized lesbian rights as “a legitimate concern for feminism” at its national convention. This wasn’t the end of the matter, though. Local chapters and the national group continued to debate how to prioritize different issues and how to include women of all sexual orientations. But the leading feminist group in the country was no longer on the sidelines of lesbian rights.

“Rank and file members, rather than national leaders, were key to promoting the resolution on lesbian inclusion in NOW,” Gilmore and Kaminski write. “More to the point, these same members also worked to determine who was ‘us’ and who was ‘them.’”

A Part and Apart: Lesbian and Straight Feminist Activists Negotiate Identity in a Second-Wave Organization
By: Stephanie Gilmore and Elizabeth Kaminski
Journal of the History of Sexuality, Vol. 16, No. 1 (Jan., 2007), pp. 95-113
University of Texas Press