Zen was a conservative form of Buddhism in Japan that eventually became a way for Americans to find inner peace. 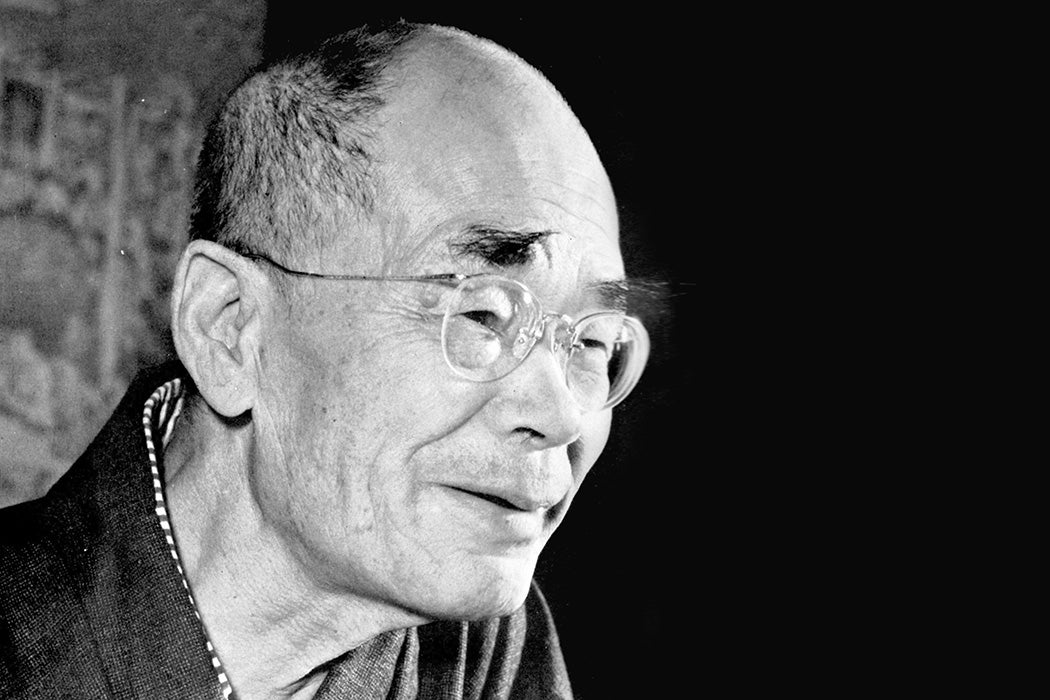 If you’ve ever wondered about the potential of Zen meditation to improve your life, or described keeping cool in aggravating circumstances as “being Zen about it,” you’ve been influenced by Daisetz Teitaro Suzuki. Born on October 18, 1870, D.T. Suzuki was the key player in bringing Zen Buddhism from Japan to America. In the process, as religion scholar Inken Prohl writes, he also reformulated what “Zen” means.

Prohl describes Zen Buddhism as it existed in Japan for much of the nineteenth century as “a small, rather conservative Japanese religion.” Zen monks conducted funerals, performed rituals for the good of the emperor and the nation, and worked in government administration. As Japan increased its international trade and cultural exchanges after the 1868 Meiji Restoration, Japanese intellectual leaders created what came to be called “Buddhist modernism.” They rejected dogmatic, hierarchical religious structures and “superstitious” folk beliefs. Instead they focused on rational arguments, textual analysis, and Buddhist ideas that complemented Japanese nationalism and modern science.

Suzuki built on this focus on meditation, stressing self-development in a way that was compatible with American notions of individualism.

Suzuki was a scholar and practitioner of Zen Buddhism with a Buddhist modernist outlook, eager to learn from both Asian and European-American thought. When he arrived in the United States for the first time in 1897, he worked for Paul Carus, a philosopher and world religions scholar. He also translated the work of Swedish mystic Emanuel Swedenborg and exchanged ideas with American Transcendentalists and Theosophists. He returned to Japan and became a professor of Buddhist studies, but maintained contact with the U.S. In the 1950s, he joined Columbia University and became the premier teacher of Zen in America, focusing on the significance of direct experience in Zen Buddhism in a way that mirrored western mystical traditions.

Prohl notes that not all Zen teachers of Suzuki’s time placed a heavy emphasis on sitting meditation. But in the U.S., it proved to be extremely popular with students. Suzuki built on this focus on meditation, stressing self-development in a way that was compatible with American notions of individualism.

Like many religious traditions, Zen Buddhism points to a truth that cannot be pinned down or described in words. It uses paradox, insult, and other language-twisting techniques to gesture at something beyond words. Zen koans, for example, are intentionally irrational. (A monk asks, “What is Buddha?” and his teacher responds, “Three pounds of flax.”) But Prohl notes that this also means the language of “Zen” is easy to co-opt for various ends.

“Anything can be proclaimed ‘Zen,’” she writes, “including the arts of archery, dieting, falling in love, becoming an emotionally balanced manager or CEO, or living a stress-free, joyful life.”

It may be easy to mock the transformation of a Japanese religion, through Suzuki’s Americanized teachings, into something broad enough to include branding for self-help books. But Prohl suggests that it’s a mistake to police the “authenticity” of religions, which are continually transformed in new contexts through creativity and innovation.

“To think that ‘Zen’ is somehow an exception to these processes would be to misinterpret thousands of years of religious history,” she writes.