Whatever Happened to the Samurai?

Warriors rarely give up their power, but the samurai of Japan dwindled away rapidly after the Meiji Restoration and the modernization of the country. 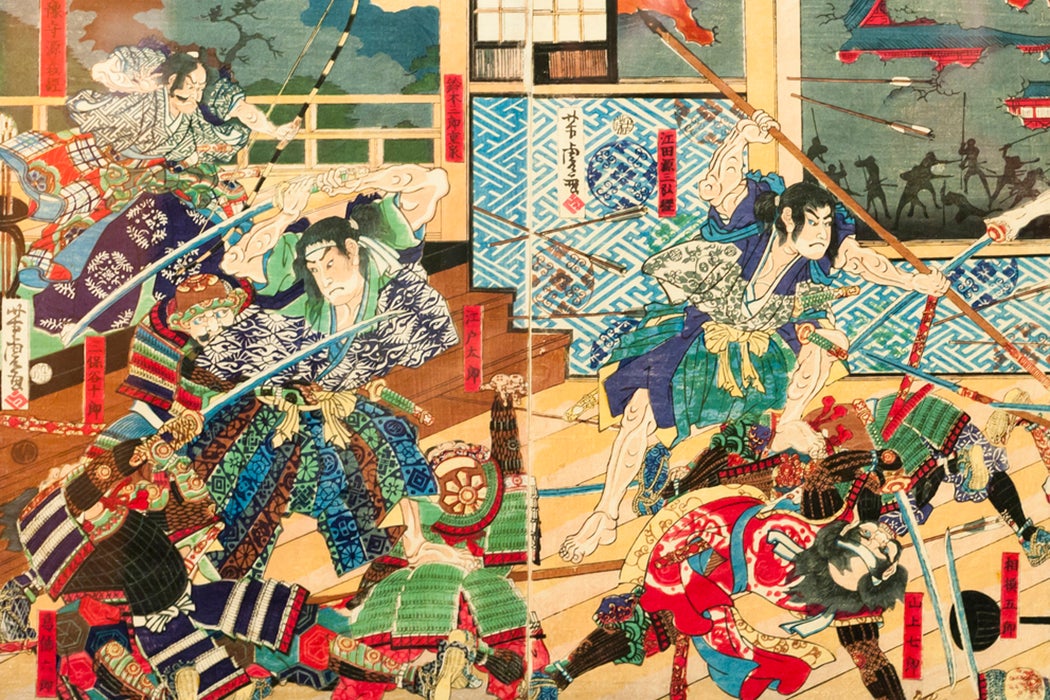 This January marks the 150th anniversary of the Meiji Restoration in Japan. In 1868, the Emperor Meiji (the name means “enlightened rule”) replaced the Tokugawa Shogun as leader. Essentially a figurehead, he oversaw a cadre of ambitious young men who led Japan’s crash course in modernization.

The impetus for this “restoration” was the threat posed by American and European efforts to colonize the fragmented Japanese polity. By the end of the Meiji period in 1912, the reformers had radically changed Japan. The isolated feudal state beset by warring factions, forced at gunpoint to make treaties with Western powers, was now an industrialized world power in its own right. A world power with muscle: to the surprise of many, Japan defeated the Chinese in 1894 in Korea. In 1904-1905, the Japanese defeated Russian forces on land and sea, shocking many Westerners who viewed Asians as inferior to Europeans. Japan had rapidly made itself itself into a colonial force.

The Meiji period saw incredible social transformation. One of the these was the virtually bloodless end of the aristocratic warrior class known as the samurai. For generations, these men had lorded their status over farmers, merchants, and craftsmen. But modernization and reorganization meant they lost their class privileges. In 1870, a military academy was institutionalized. In 1876, the wearing of samurai swords was banned. Yet the collapse of Japan’s old regime was surprisingly peaceful, especially when compared with the long and bitter struggles over feudalism in Europe.

Why did the samurai disappear so easily? Hidehiro Sonoda examines the explanations offered by historians. He notes that the samurai class was far from monolithic: there were over one hundred classifications of rank in samurai society. There was room for new thinking in this mixture. Moreover, the Tokugawa warlord system, which lasted some two centuries, had progressively transformed samurai into what Sonoda calls “civil servants.” They had already lost their status as independent warriors by the mid-nineteenth century. Sonoda calls this process a transition from “feudal vassal to patrimonial bureaucrat.”

“The bureaucratization and demilitarization of samurai society gave Japan’s historical development features conspicuously different from the knights of Europe,” Sonoda writes. And after the 1840s, the notion of a national military began to take shape. Then Matthew C. Perry’s forcible violation of Japanese isolation in 1853 lead to the 1854 treaty that “opened” Japan to the West.

Younger samurai realized how technologically behind they were in comparison to Western military power. Perhaps more importantly, they also understood that military organization was as important as weaponry. They wanted to reform the whole concept of military power in Japan. Their “self-interpretation” as samurai was already well underway by 1868.

“The decline of the samurai class was the direct outcome of military reform enacted during the last days of the Tokugawa regime,” writes Sonoda. With the class went the hierarchical estate system that had propped it up. Egalitarianism, at least in law, became the engine that took Japan to a parliamentary monarchy with a high rate of literacy.

Some samurai were at the forefront of calls for reform. In fact, some of those bright young men of the Meiji Restoration were ex-samurai. In addition to forming the new Japanese military, ex-samurai also became civil servants, teachers, merchants, and even farmers. Sonoda calls it “a self-transformation from samurai estate to modern office holder.” Most were more than willing to cut off their distinctive topknots and join the bourgeoisie.

The Decline of the Japanese Warrior Class, 1840-1880
By: Hidehiro SONODA
Japan Review, No. 1 (1990), pp. 73-111
International Research Centre for Japanese Studies, National Institute for the Humanities 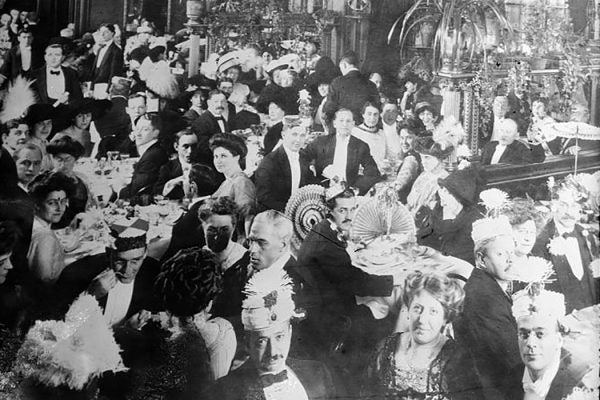 The colonial Dutch tradition of making social calls on New Year's Day in New York was no match for 19th-century-style partying.