The colonial Dutch tradition of making social calls on New Year’s Day in New York was no match for 19th-century-style partying. 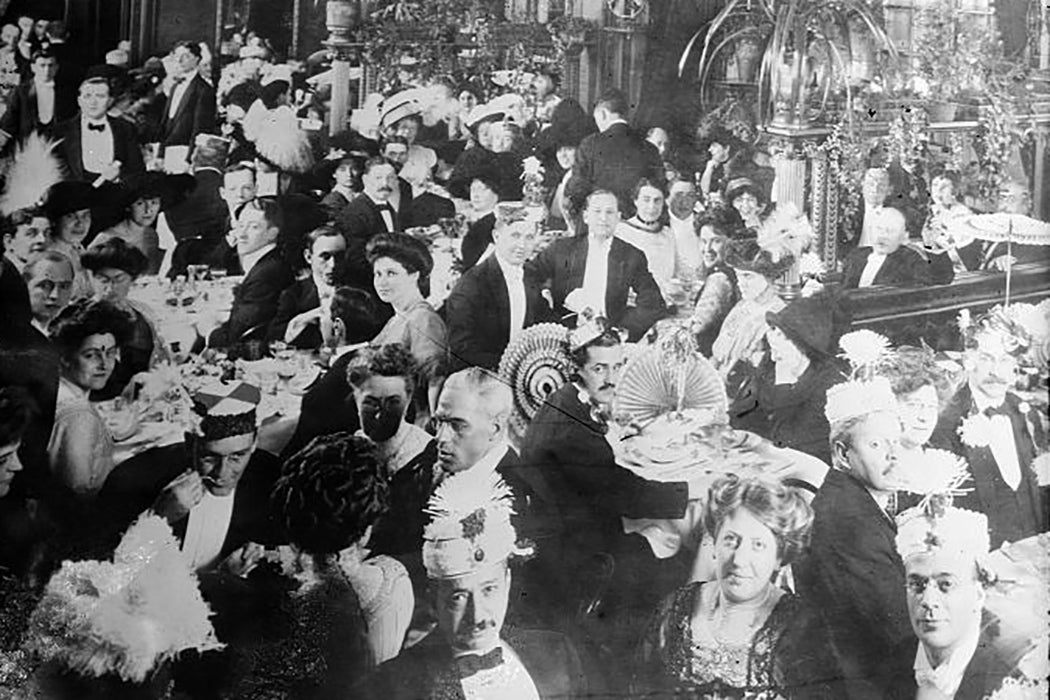 Will you be calling on friends today to wish them a happy New Year and raise a glass of fine old Madeira “as soft as rain water and as delicate in flavor as the texture of the glass from which it was sipped”?

Once upon a time, New Year’s Day calling—that is, formally informal visits to friends—marked the social start to the new year in New York. Yet times change: the Dutch colonial tradition was already being lamented a century ago as a habit of previous generations. In a 1916 issue of The Lotus, published by the Metropolitan Museum of Art, the magazine looked back:

From old Dutch times to about 1880 New Year’s Day in New York was devoted the universal interchange of visits. Every door was thrown wide open. It was a breach of etiquette to omit any acquaintance in these annual calls, when old friendships were renewed and family differences were amicably settled. A hearty welcome was extended even to strangers of presentable appearance.

As that last line suggests, this was very much a class-based festivity. The wealthy weren’t slumming on New Year’s Day, and it’s doubtful butlers would let in strangers of a not so presentable appearance. (The New Years Day activities of other classes go unrecorded here.)

The party-hearty atmosphere of New Year’s Day transferred itself to the eve before.

There were “great feasts spread in many houses, and the tradition of tremendous Dutch eating and drinking were faithfully observed.” Particular houses were known for their eggnog, rum, oysters, or that old Madeira. Everybody had cake “in the form of an Egyptian cartouche.” No explanation of that particular design is given, so we may surmise that Egyptomania, born of Napoleon’s Egyptian campaign of 1798-1801 and subsequently fostered by the Victorians, was still going strong.

By the mid-1800s, these calls were also a chance for single young men to meet single young women. It was a good way to scout out the possibilities on both sides of the marriage market. But by the 1880, “the garish empire of the nouveaux riches” marked the beginning of “more degenerate days.”

The situation devolved to groups of young bucks racing around town in open barouches “drawn by steaming horses and with drivers more or less under the ‘infloo-ence’ of the day.” Hostesses were beset by lightning visits by these boors, who would down a glass and race out the door to the next free one. Thus it was that “a wild and unseemly riot of visits led to the finishing of the custom.” Isn’t it always so?

The party-hearty atmosphere eventually transferred itself to the eve before New Year’s Day. This too, had Old-World precedents. The Lotus notes that in Frankfort, Germany, from time immemorial the residents would open their windows or stream into the streets to toast the new year at the stroke of midnight.

So, whether you do it New Year’s Eve or New Year’s Day, may the “infloo-ence” of a new day carry you into the new year. 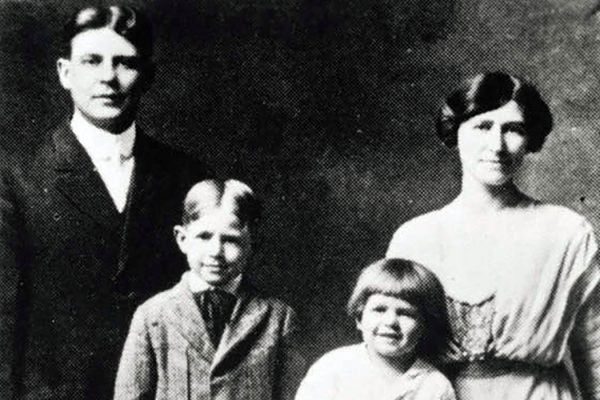 How Ronald Reagan Was Affected by his Father’s Alcoholism

Robert E. Gilbert argues that the key to understanding Ronald Reagan is knowing that he was the child of an alcoholic.