Cosmopolitanism (and Racism) at the 1909 Alaska-Yukon-Pacific Exposition 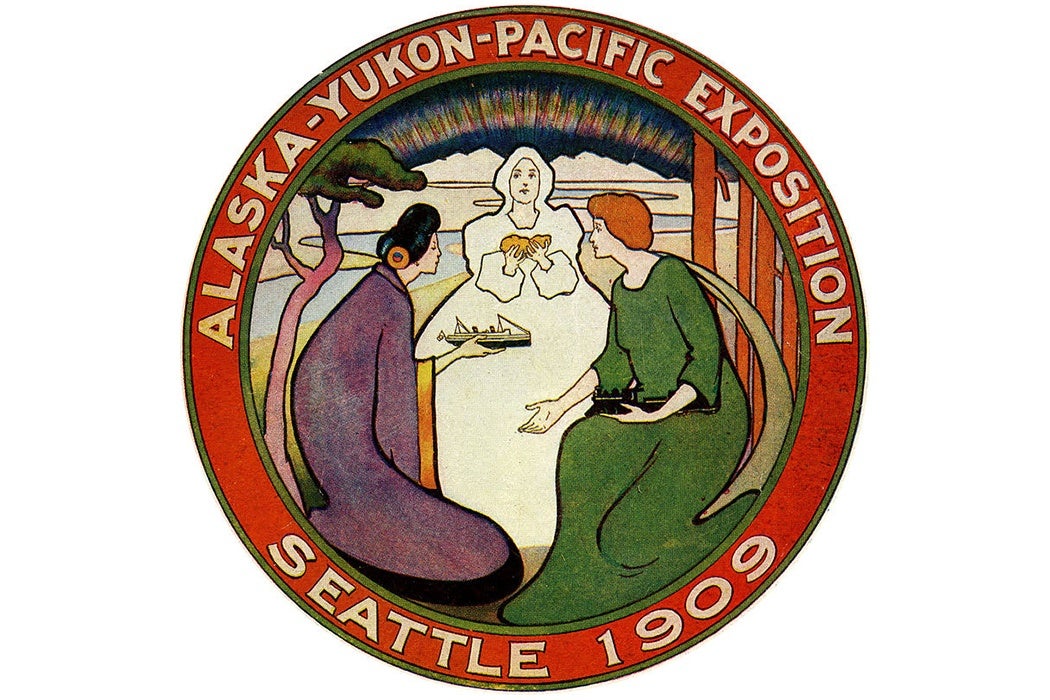 As a nation, should the United States celebrate our economic and social ties to other countries, or resist them? That’s a longstanding issue that has revealed itself in different ways at different times. In a 2007 paper, Shelley S. Lee looks at a time and place when our contradictory impulses toward cosmopolitanism were particularly on display: early twentieth-century Seattle.

Lee writes that one of the city’s economic advantages was its location, which facilitated trade with Japan and other Asian nations. As commerce between Japan and the U.S. grew at the very end of the nineteenth century, Seattle’s ports saw an eightfold expansion in just five years.

The expo’s vice president explained in a statement, “While we all admire the Japanese, we cannot for a moment approve of their becoming citizens of the republic.”

The city celebrated its status as a cosmopolitan metropolis in 1909 with a World’s Fair style event called the Alaska-Yukon-Pacific Exposition (A-Y-P). Lee writes that these kinds of World Fair events celebrated progress and intercultural connections, but also “depicted a white mastery that reduced non-white, non-western people and cultures to quaint attractions.”

At the A-Y-P, Pacific Northwest Indian tribes got to attend the event for free, but only if they lived in tepees and wore their “native costumes,” presenting a static, “authentic” image for white visitors. A report in the American Review of Reviews reveals the patronizing attitude U.S. whites held toward non-white participants in the exposition, as well as the ambiguous place reserved for the Japanese:

…they were all on hand, slant-eyed Chinamen, gazing about always in their child-like innocence of manner, turbaned Hindus, dusky natives of the Pacific islands, unassuming gentlemen from the South American coast, and predominating among them all the sturdy little brown men of Japan, neatly dressed, courteous, intelligent, seemingly more thoroughly American in manners and tastes than many an American who gazed curiously at them.

White Seattle elites walked a fine line in promoting partnership between the city and Japan. The A-Y-P’s organizers celebrated the city’s small Japanese-American community as a sign of cosmopolitanism, but also quietly accepted immigration restrictions that had been put in place two years earlier to keep Japanese laborers out of the country. As the exposition’s vice president explained in a statement, “While we all admire the Japanese, we cannot for a moment approve of their becoming citizens of the republic.”

Seattle continued to balance internationalism with anti-immigrant sentiments over the following decades. In the 1920s, the city was still selling itself as the “Gateway to the Orient” with support from the local Japanese-American community. Yet, at the same time, state and the federal governments were limiting the rights of Japanese immigrants to own land and become citizens, and some local white business people formed an Anti-Japanese League to squeeze out Japanese-American entrepreneurs.

Lee writes that the Seattle Japanese-American community continued to find signs of acceptance from local players like the Chamber of Commerce, alongside widespread racism, until the 1941 attack on Pearl Harbor brought a new, unprecedented wave of anti-Japanese sentiment.

The Contradictions of Cosmopolitanism: Consuming the Orient at the Alaska-Yukon-Pacific Exposition and the International Potlatch Festival, 1909-1934
By: Shelley S. Lee
Western Historical Quarterly, Vol. 38, No. 3 (Autumn, 2007), pp. 277-302
Oxford University Press 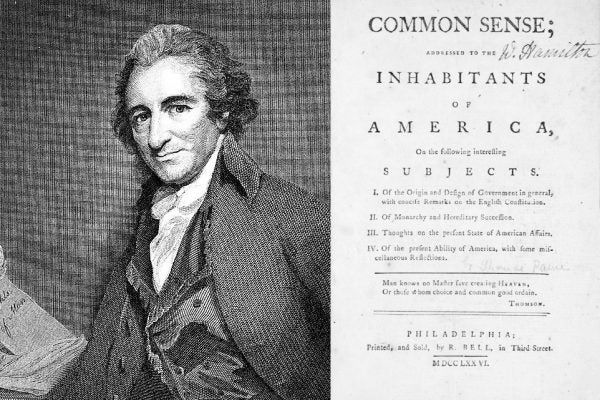 How Thomas Paine Marketed the Revolution

Thomas Paine's Common Sense presented the case for American independence in a way that spoke to the average person.