Chronemics and the Nonverbal Language of Time

Through the lens of chronemics, we can examine why time appears to have a different essence at, well, different times. 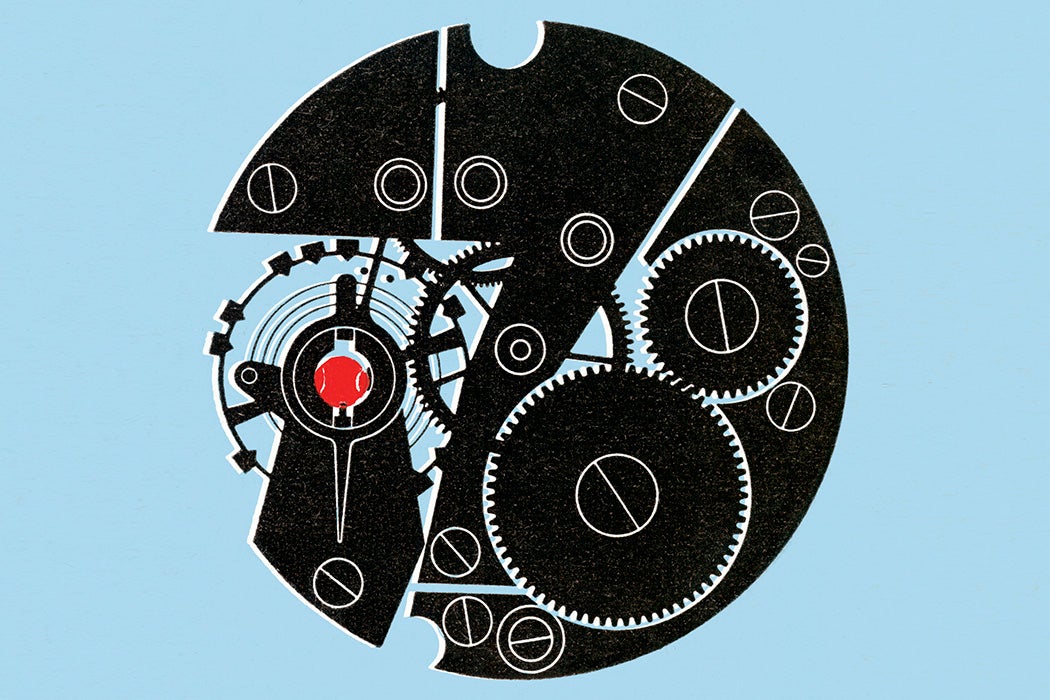 What is time, and how do we talk about it? Aristotle defines time as “the calculable measure of motion with respect to before and afterness.” In the English language, an abundance of expressions exists to talk about time, phrasal verbs being among the most numerous. Their formulas consist of a few words in a string comprising a verb and particle, e.g., “We ran out of time, so we scheduled a follow-up meeting.” These phrasal verbs are tricky to memorize for second language learners of English dialects; a missing, stray, or incorrect element can throw off the meaning and result in a humorous or harmful gaffe, and at the least, charming miscommunication, as in “We ran up to time, so we scheduled a follow-up meeting.” Native speakers of English may not think about using phrasal verbs consciously, yet they are everywhere we speak. Staying with the example of time, we: make, use, and put in time; have it to spare and also run out of it; carve it out; spend, waste, and save it; take a time out; and take time off. More poetically, we set it aside, and idle, while, and fritter it away. Time is money. It flies, and it heals all wounds.

Verbal expressions about time can be quite playful. During COVID, social media users parodied our perception of time’s length: days of the week and dates took on amusing monikers such as “Blursday”; it’s February 44th!; March had 32 days this year. At work, the day drags, it flies, or is a slog; math or language arts class makes junior high school slow as molasses.

Beyond the verbal expression of time, the expanse of our nonverbal communication systems is vast and fascinating, especially when viewed across cultures. From the perspectives of monochronic (fixed) cultures, time is linear and universal. From those of polychronic (adaptable) cultures, time is cyclic and relative. Although both frameworks can exist on the same continents, this dichotomy may aid us with intercultural communication, especially in understanding what is expected from the other party. Dolce far niente—in Italian, the sweetness of doing nothing—might seem wastefully idle to more monochronic-leaning cultures, who value time as something more linear, goal-oriented, and productive. The opposite—time is money —may seem far too rushed and focused on a live-to-work model to polychronic cultures.

Pointing at our watch-less wrists with questioning eyebrows and shoulders, we can, even silently, ask a stranger what time it is.

As we understand and measure time in limitless ways, we use it to communicate in as many frames and contexts: commuting, school drop-offs, train schedules, pregnancy months, New Year’s Eve countdown seconds, the moments among weapons firing in a war, the spaces between notes of a song and movements in a symphony. So little and so much can happen in 10 seconds; some years seem like a blink, and others seem to move like mercury. Whose grandmother did not say, “Time goes much faster when you’re old?” And whose child does not ask, “Are we there yet?” We may drum our fingers on the table or wiggle our feet, signaling impatience at the passage of time or awaiting someone’s arrival. In a line or a queue, and depending on the country, we might look around to make sure we’re in the fastest line or that no one has cut in front of us. Pointing at our watch-less wrists with questioning eyebrows and shoulders, we can, even silently, ask a stranger what time it is.

Chronemics is the study of the relationship between time and communication, or as Dawna Ballard of the University of Texas at Austin describes it, as it is bound to human communication. Through the lens of chronemics, we can examine why time appears to have a different essence at, well, different times.

During the Covid era, for example, time seemed to have a different rhythm or pace born of adding all the tasks we never had to consider before and the anxiety, vigilance, and new habit-forming that ensued, such as making sure a mask was close at hand or waiting in a “physically distanced” line that may have stretched out the door and around a building. All these new inputs seemed to actually quicken our daily pace. Furthermore, concurrently yet paradoxically, they caused a sense of overall slowness to emerge from a density of new demands.

In addition, the dismantling of what was “normal” and the repositioning and prioritizing of balance and routines now described as remote, hybrid (a blend of in-person and virtual), or school back in unmasked session, we’ve had to relearn, readjust, or redefine what our former markers of time used to dictate. Perhaps a twice-weekly flight for consultants is now monthly, or seeing a healthcare professional or therapist might remain in a virtual space. Working several jobs and scrambling to find and afford childcare shifted into a new iteration of those challenges.

Yet another image (among a multitude of potential illustrations) of chronemics as it relates to interpreting nonverbal communication is offered in the realm of computer-mediated communication (CMC). How often have you sent a text message and then stared at the screen waiting for that quick response? And then, if too many seconds, minutes, hours, days, or weeks pass by in the interim, what then? What profound meaning can be assigned to such spans of time in this space now. Although text messages may not offer the same nonverbal cues as those of a human in the presence of another, they do include time stamps; markers of messages sent; read receipts; and often “last seen online” options (the infamous WhatsApp, Signal, and Telegram ticks come to mind, signaling whether a message has been received, opened, and/or read). If the read receipt option is turned on, for instance, the sender of a message, while waiting to receive a response, can not only see whether the recipient has opened it, but when s/he has actually read it, thereby participating in a time-stamped cycle of send-wait-interpret-receive-reply-wait again.

In this age of immediate and global connection, the sense of time and urgency is greatly influenced by the ease of sharing message and response; the technology and romance of handwritten correspondence echoes faintly. This current pacing stands in opposition to the experience in the more romantic days of yore, during which a letter on stationery delivered by horseback riders, stagecoach, steamboat, Pony Express, railroad, airplane, or postal worker might create anticipation and a certain yearning or excitement (depending on context, of course; a letter from a beloved or close friend being quite different than a notice about rent being due or a rejection letter from a lover or a creditor).

General semantics, a discipline created in the 1930s by Alfred Korzybski, may offer some explanation to the perception of time and pacing. The discipline maintains that humans are limited to what they know by the structure of their nervous systems and the structure of their languages. They experience the world only through the nonverbal expression of their abstractions. Within the realm of general semantics exists a concept called time binding, through which human progress and developments in technologies such as SMS and the postal system can be viewed as examples.

Sending a letter overseas three centuries ago took many weeks; the first transatlantic contract service was initiated by the British government in 1702, conveying mail between the West Indies and Falmouth, England. One penny was given to the ship captain for each letter delivered to the post office. Across the Atlantic, Benjamin Franklin served as colonial postmaster, working much of the time remotely in England in the 1750s (using the mail system to do his job) before he was appointed first Postmaster General in 1775 back in the American colonies. Subsequently, he established the Post Office Department, the predecessor of the United States Postal Service, in the process dismantling Britain’s Royal Mail. Until the telegraph in the 1840s, the invention of the telex service in Germany in 1933, and subsequent telecommunication systems in the 20th century, it was understood by default there would be weeks spanning letter dispatch and reply. A literal stamp on a stamp upon arrival shows the time posted, the post office or mailbox door squealing open with the heightened enthusiasm of the recipient, about to consume the emotional and reflective discourse emerging from the letter.

In the 20th century, SMS (Short Messaging Service) would emerge from the radio telegraphy in radio memo pagers, conceived in 1984 at the Franco-German GSM corporation. Fast forward to the 21st century, when billions of text messages are sent daily and instantaneously, leading us to a different kind of time stamp altogether: a digital one. Imagine if a sending and receiving a text message suddenly reverted to the time it took to send a letter across a country or an ocean.

In the present day, the digital time stamp nuances text communications, as demonstrated in a study by Walther and Tidwell (1995). Within the SMS code of chronemics, a message can be perceived quite differently depending on the time stamp; e.g., a message sent by a superior to a subordinate during the day was perceived as less intimate but more dominant than that of a message sent at night. Perceptions of the social cues and socioemotional orientation of the communicators are revealed by the time of day a message was sent and the time lag until a reply was sent.

Other layers of complexity exist in different contexts. In an interpersonal setting, perhaps there is a perceived expectation of immediate or quick response, an inherent sense of strategy with regard to time, emoji use, and even punctuation. All combine to create fluctuations in the tension of anticipation and dopamine flow. In a more transactional context, it’s just that: yes or no… what time… did you get coffee from the market? The new digital “postal service” provides yet another opportunity to reflect on time and how we use it and talk about it, at the very moment it is being redefined. Our nonverbals are reappearing and presenting themselves apace with unmasking and in-person communication, a real and present shift for all: the skillfully textual, the socially awkward and agile, the introverted and extraverted, the traveling and more homeward bound, all of us moving fast and slow.

Come what come may
time and the hour runs through the roughest day.
—Shakespeare, Macbeth 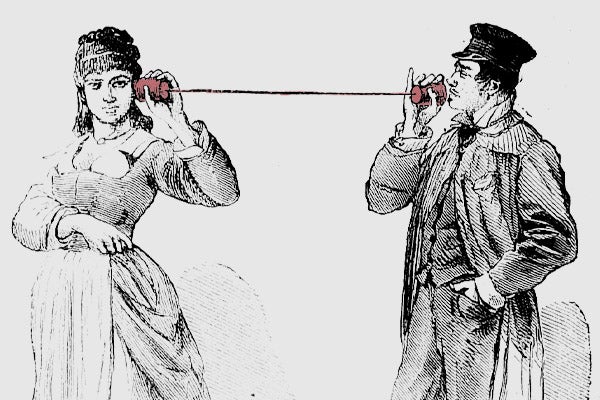