After World War II, scientists began studying the internal clocks of animals in earnest. They discovered that mammals and other creatures are ruled by their own, internal body clock, what is commonly referred to today as a biological clock. The German physician and biologist Jürgen Aschoff wondered if this might also be true of humans. In the early 1960s, as head of a new department for biological timing at the Max Planck Institute for Behavioral Physiology, Aschoff and his research partner Rütger Wever designed an experiment to find out.

To study the inner workings of human biological clocks, Aschoff built a soundproof underground bunker in the foothills of a mountain deep in the Bavarian countryside, just up the road from the well-known beer-brewing monastery Kloster Andechs. Through a series of investigations that included 200 subjects and spanned two decades, Aschoff’s bunker experiments would become a pioneering study in the field of chronobiology, changing the way we think about time today.

Free of any watches, windows, or alarm clocks, participants spent several weeks living a timeless existence, away from any temporal cues or signals from external factors, known as “zeitgebers”—such as the Earth’s cycle of day and night—that might hint at what time it was outside. To test whether or not one person’s body clock can influence another, scientists investigated subjects both individually and in small groups.

The bunker’s self-contained apartments were equipped with a bed, sitting room, kitchen, and bathroom, enabling subjects to cook their own meals, control the temperature in their rooms, and live independently for weeks on end. A typical stay in the bunker lasted around three to four weeks, though many stayed even longer.

Living in total isolation, letters between themselves and the experimenters were the subjects’ only communication with the outside world. Through a double-door system involving a magnetic catch that permitted only one door to be open at a time, subjects passed “wish lists” to scientists, who then delivered food and other necessities to the bunker, including a daily bottle of Kloster Andechs beer.

“After a great curiosity about ‘true’ time during the first two days of bunker life, I lost all interest in this matter and felt perfectly comfortable to live ‘timeless.’”

The chronobiologist Till Roenneberg was just 17 years old when he went to work on the bunker experiment with Aschoff. As an apprentice, Roenneberg told me over the phone, he made trips to the supermarket for supplies, set up the bunker pantry for subjects, collected their urine samples for scientific testing, and recorded their activity using punched paper tape, a popular method of collecting data during that time. They collected several measurements, including body temperature, activity-rest patterns, and hourly time estimations. Subjects also kept a daily log of their meals and performed a few psychological tests. Aside from that, they were free to spend their time however they pleased.

Aschoff himself was the first volunteer subject of the bunker experiment. In a Science article titled ““Circadian Rhythms in Man,” Aschoff recalled his own experience in isolation. “After a great curiosity about ‘true’ time during the first two days of bunker life,” he said, “I lost all interest in this matter and felt perfectly comfortable to live ‘timeless.’”

Many of the other volunteers were students who spent their days writing theses or studying for exams; others were there to meditate or were simply looking for some time away from the real world. In his book, Internal Time: Chronotypes, Social Jet Lag and Why You’re So Tired, Roenneberg described how a typical subject spent their time in the bunker: making a shopping list to have their food delivered, cooking themselves meals, and working—not unlike millions of people around the world today, who are working and staying at home due to COVID-19.

As subjects went about their “normal lives,” Aschoff and his team studied their behaviors, and discovered that, isolated from any time-telling devices, most people’s internal body clocks don’t run on a 24-hour cycle—most ran closer to 25 hours, although some were even longer. One participant in the experiment had a clock of around 50 hours, which included 29 hours of wake time and 21 hours of sleep.

While many volunteers were naturally hesitant about living in isolation for several weeks, by the time the experiment was over, many of them didn’t want it to end. Participants kept track of their time in the bunker by marking their “days” based on hourly estimations. For subjects whose sleep-wake cycles were longer than 24 hours, the number of marks ended up being less than the actual number of days outside of the bunker. This left subjects feeling as though they had lost several days or, in some cases, weeks.

In fact, all of the participants lost track of time by the time the experiment was finished. Even Aschoff recalled a similar experience. Before the experiment began, Aschoff was convinced he had a body clock that ran shorter than 24 hours. In the “mornings” inside the bunker, Aschoff had difficulty deciding whether he’d slept long enough. After being released ten days later, he was shocked to learn that his last waking-time was 3:00 PM.

Today we know that there are three “clocks” that control our current concept of time—the body clock, the solar clock, and the social clock.

Another major finding of the study was that, on occasion, human biological rhythms run independently from one another. For example, a subject might adopt a 33-hour activity-rest cycle. In this case, they might sleep for 13 hours and stay awake for 20. At the same time, the body temperature rhythm would keep closer to the circadian rhythm of 25 hours.

Thanks to these studies and others that followed, today we know that there are three “clocks” that control our current concept of time—the body clock, the solar clock, and the social clock. The body clock is controlled by an individual’s internal biological rhythms, based in part on their genes. It’s what makes some of us “night owls” and some of us “early birds.” The body clock is also affected by external rhythms from the solar clock, with its cycle of day and night. And by rhythms from the social clock, with its alarm clocks and work meetings. While the cycle of light and dark appears to be the most important daily synchronizing cue of human body clocks, in the absence of light, social factors can also play an important role.

In “When We Work,” published in the American Economic Review, Daniel S. Hamermesh argues that, from an economic perspective, when we spend our time, both at work and in leisure, is just as important as how we spend our time. Before the Industrial Revolution and the advent of electricity, the cycle of day and night played a bigger role in “setting” human body clocks, telling us when to wake up, when to go to work, and when to sleep. Today, most people have become less reliant on the sun to do their work—and yet, our workdays are still more or less aligned with the rising and setting of the sun. Going against our own body clocks causes physiological changes that can be linked to things like jet lag, poor health, sleeping problems, and some psychological disorders.

Roenneberg defines the disconnect between our body clocks and the social clock as “social jet lag.” According to Roenneberg, the key to living in alignment with our body clocks is simple: stop using an alarm clock and go to sleep when you feel tired. A couple of months ago, this may have been impossible for most people, whose social clocks required them to attend school or work at a specific time during the week. Recovering from the sleep deprivation caused by social jet lag could be one outcome of the “stay at home” orders happening across the globe.

As social distancing and stay-at-home orders change the meaning of free time, and as businesses and schools across the world are forced to adapt to remote learning and work-from-home models, our ideas about how and when people spend both work and leisure time will no doubt continue to evolve. As for what the lasting consequences of these forced evolutions will be, only time will tell. 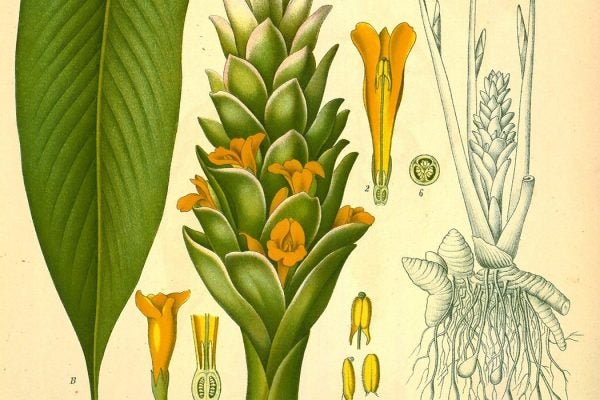 These Plants Are Ready for Their Closeup

Move over cats of the internet, here comes something greener.