Border Walls are Symbols of Failure 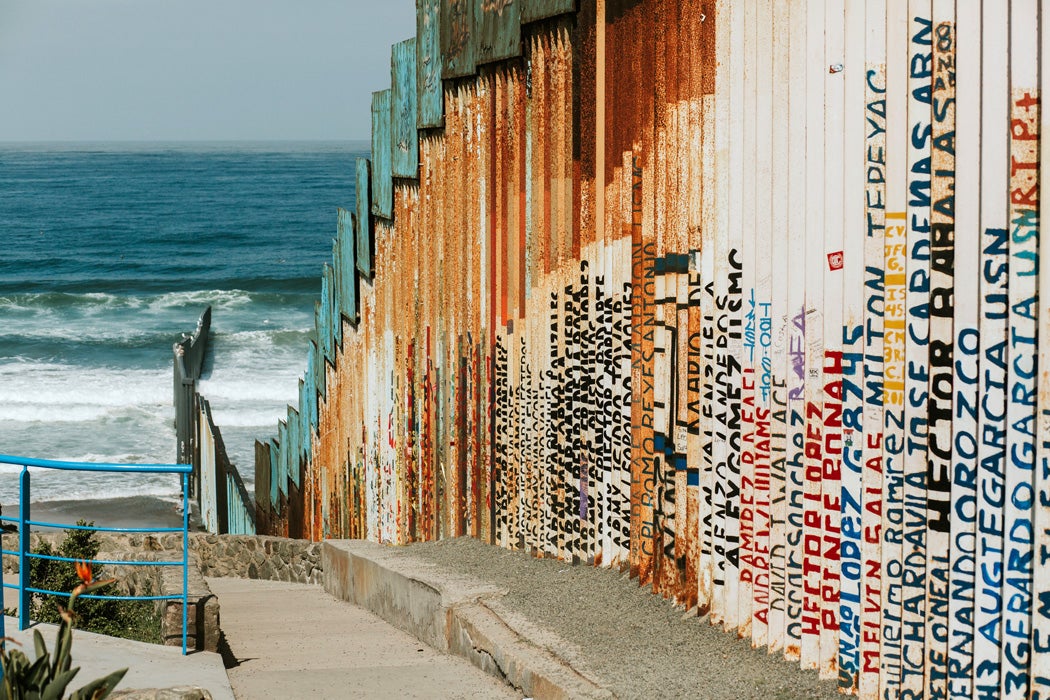 In this column, I’ve explored the idea that security ideology creates a mirror version of the world around us. Beyond any specific technology or procedure, security “works” when it makes us believe that it solves an identified problem. This is not to deny the real risks of death or injury as a result of terrorism—but only to point out that satisfying beliefs is security’s highest priority. This is why we have spent billions of dollars and uncountable hours on security theater although terrorists have killed only sixty-five Americans per year since 2002. Terrorism receives a disproportionate amount of news coverage compared to say, car accidents, which kill tens of thousands of Americans every year.

The American political system is now seized by conflict over the symbolic threat of illegal immigration. President Trump has proposed an equally symbolic solution—building a bigger border wall. Interestingly, while vilifying illegal immigrants to his supporters as violent criminals, he has not penalized the industries that rely on their labor. After settling the budget standoff that shuttered the federal government for a month, he declared a national emergency to fund wall construction, although he immediately admitted there was no emergency—that he “didn’t need to do this.”

Congress passed the 2006 Secure Fence Act with support from Senators Clinton, Biden, and Obama that expanded the border fence to 650 miles.

Despite Democrats’ current reluctance to provide any further funding for the wall, the U.S.-Mexico border fence as it stands today began as a bipartisan project. In a post-9/11 surge of security concern, Congress passed the 2006 Secure Fence Act with support from Senators Clinton, Biden, and Obama that expanded the border fence from covering about a hundred miles around urban areas to 650 miles.

This phenomenon is not limited to North America: insecure states around the globe have increased the number of border fences and walls from fifteen to seventy-seven since 1989, mostly after 9/11. Why is this happening? Many of the world’s elites have become wealthy by eliminating trade barriers in the past forty years, causing staggering wealth inequality both within their states and between powerful and weak states. Work opportunities in wealthy states are attracting migrants as agricultural depressions and ecological collapse are pushing them off their land.

Erecting physical barriers is much easier than addressing the economic and political causes of migration under duress. Barriers do not work. In fact, they are a symbol that the system has already failed.

The wall was one of the premier technologies of the feudal era. In an age of fractured sovereignty, with aristocratic privilege confronting mass poverty, a fortress was a fitting defense for the main tool of politics—violent force. This was an era of smaller polities, towns, and cities that could be completely surrounded by walls. Prior to the invention of gunpowder, these walls could actually keep out invading forces, and with adequate resources, withstand sieges.

Yet according to archaeology scholar Ross Samson, walls were just as useful symbolically, in an era that placed huge importance on physical signs. Walls sharply delineated the territory of feudal manors from that of the city, with its distinct social and fiscal regimes. Walls defined the special in-group status of private communities such as town guilds and monasteries.

Just around the time artillery made the walled city obsolete, market capitalism spread to the countryside and the wall became another potent symbol—the enclosure of what the lords and gentry now considered their private property. Yet, with the exception of fences to keep livestock in place, walls today seem to represent a failure of the public to recognize the legitimacy of that private property.

European empires’ success at introducing capitalism around the world seemed to make border walls a thing of the past. The nineteenth century was thus the greatest era of migration in human history, as the railroad and steamship drew workers to areas with abundant natural resources like the Americas and Asiatic Russia. But this process also unleashed nationalism and communism, both of which rejected free trade and migration. These exclusionary ideologies led in part to the Holocaust and other genocides and forced migrations in twentieth century wars. With the establishment of the United Nations and creation of nuclear weapons, territorial change by force became illegitimate. What has remained is diplomacy—and when that fails, security walls.

The construction of the Berlin Wall in 1961 represents the endpoint of a long line of failures. The most notable was the polarization of the United States and USSR after World War II and their resulting inability to settle a peace treaty that reunited the Eastern and Western zones they occupied in Germany. The standard of living improved more quickly in West Germany, which received Marshall Plan aid, compared to East Germany, from which Russia removed industrial equipment and other capital as war reparations.

As a result, East German migration to West Germany increased to the hundreds of thousands by the early 1950s. Stalin ordered the “inner border” between East and West Germany closed in 1952, making the crossing into West Berlin a loophole for migrants. Although Stalin’s death relaxed tensions for a while, by the late ’50s, migrants were arriving in increasing numbers as fears mounted that the loophole would finally be closed.

Historian Pertti Ahonen argues that the wall, rather than solving East Germany’s problems, became a thirty-year site for symbolic ideological justification. As East-West tensions reached their height in the early ’60s, East German authorities claimed the wall would prevent the infiltration of “fascist” instigators and their schemes of “human trafficking.” West Germany also turned to Nazi imagery in denouncing the East German wall; West Berlin Mayor Willy Brandt compared the barrier to a “concentration camp.”

By the 1970s, West Berliners could visit East Germany with relative ease. The ideological work the wall once did lost its meaning long before it crumbled in 1989.

One of the appeals of walls is that they reconstruct physical reality. This is certainly the case with the West Bank Barrier, which Israel constructed mostly between 2002 and 2006, although they only completed about 65% of its planned length.

The history that led to this wall is well known: The failure of Great Britain and the UN to negotiate the decolonization of Palestine Mandate resulted in its partition and a series of wars between Israel and the Arab states. Much of the world acknowledged the 1949 armistice borders, which left territory in the West Bank and Gaza to Jordanian and Egyptian administration. In the 1967 Six-Day War, Israel took possession of these territories. Despite the long term ambition of Israel to annex this land, the international community recognized it only as occupied territory. The then-governing Labor Party hoped to exchange it for a lasting peace agreement.

It is now largely forgotten that during the first two decades of the occupation, Palestinian territory was integrated with the Israeli economy to a great degree. During the boom years of the 1970s, Palestinians traveled freely to work at Israeli farms and factories and in the Arabian Gulf, sending back oil sector remittances. Yet it was a fragile prosperity based on the exploitation of stateless non-citizens. When recession hit in the mid-’80s, Palestinians were the first to be laid off. Unemployment was an important factor leading to the first Intifada (uprising) that forced Israel and the PLO to enter the Oslo Peace Process. Although establishing a separate Palestinian state remains the official policy of all participants, the unwillingness of Israel to end settlements on occupied territory and ineffective Palestinian leadership have led the process to stall after less than a decade.

Israel built the West Bank Barrier during the second Intifada with the stated intention of stopping suicide bombing attacks in urban areas. Yet geography scholar Shaul Cohen notes that the wall served a second purpose of cementing and legitimizing the settlements. The wall does not actually follow the Green Line marking the occupied territories, but weaves in and out of Palestinian land, even cutting villages in two. As a result, the International Court of Justice declared the part of the wall that runs inside the West Bank—as well as the associated gate and permit regime—illegal under international law in 2004. Although there are gates that permit necessary seasonal agricultural work to be done, the West Bank and especially Gaza have become economically isolated, with soaring prices and endemic unemployment. The resulting Palestinian political instability has served the ends of two decades of right-leaning Israeli governments seeking to maintain the status quo of stalled peace.

Every border wall has a particular historical context behind its creation. Yet they all announce the same message to the world: Our diplomatic and economic relationships with our neighbors have failed, and we are unwilling to repair them. 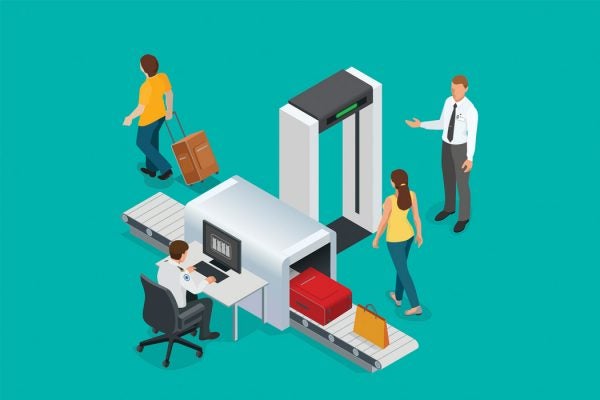 Why Can’t the TSA Just Go on Strike?

The post-9/11 expansion of federal powers over transportation security was also an extension of power over the security workforce.