Black Cowboys and the History of the Rodeo

Long overlooked in histories of the West, African-American rodeo stars also faced discrimination and erasure in that sport, too. 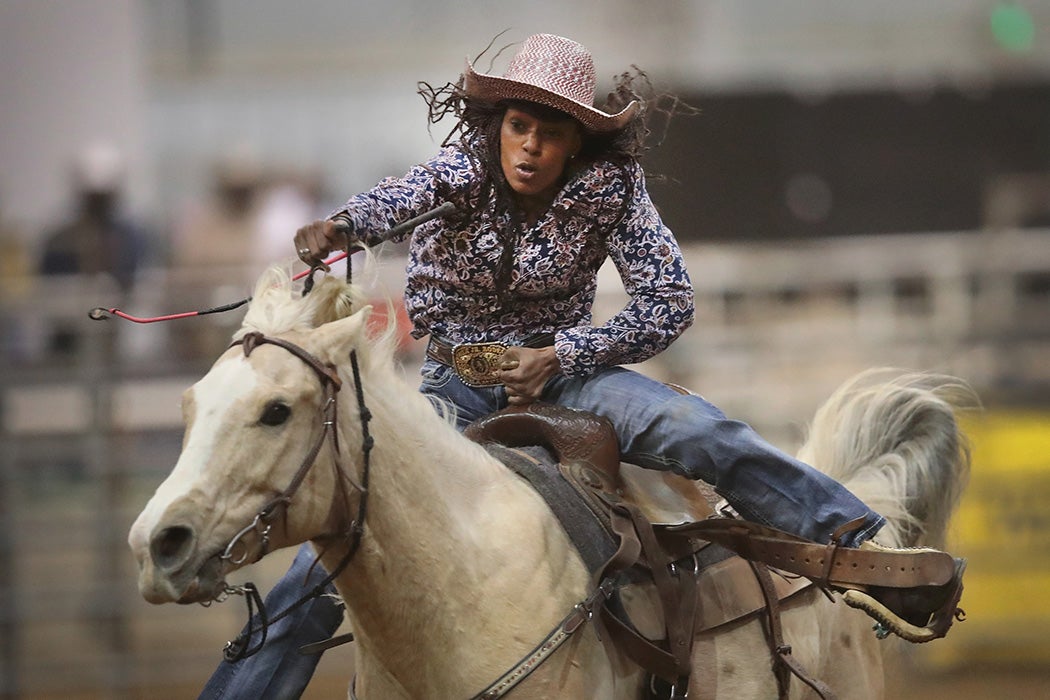 In American mythology, the cowboy is a white man. But the facts of history tell a different story. Spanish colonizers, building on equestrian knowledge introduced to the Iberian Peninsula by North Africans, brought mounted herding to the New World. The Spanish even introduced their own form of rodeo—charreadas—to Texas and California. Rodeo competitions would become a staple of cowboy culture.

As scholars Tracy Owens Patton and Sally M. Schedlock write, “Mexican vaqueros taught Anglo ranch hands the skills needed and as the cattle business moved further and further north, these skills and traditions evolved into a form of local entertainment in ‘ranch versus ranch’ competitions, now known as rodeos.”

Ironically, “cowboy” itself was once quite racially specific—and demeaning.

And not just Anglo ranch hands. Estimates of the number of Black cowboys in the post–Civil War cattle drives range up to 6,000. A quarter or more of the cowboys during the era of the great round-ups and drives were African American, Mexican, or Native American.

But ironically, “cowboy” itself was once quite racially specific—and demeaning. In antebellum Texas, when slaves were as likely to be forced to work cattle and horses as cotton, “whites were referred to as ‘cowhands’ and African Americans were called the more pejorative ‘boy’ or ‘cow boy.’”

The employment of tens of thousands of cowboys after the Civil War was a relatively short-lived phenomenon. Some of them could, however, translate their skills into entertainment in Wild West shows and then rodeos. Both of these venues employed cowboys of all types.

Patton and Shedlock highlight pioneering Black rodeo stars Bill Pickett (1870–1932), who invented the form of steer wrestling called “bulldogging,” and Jesse Stahl (c. 1879–1935), who was famed as a bronc rider. The authors note that Black women rarely competed as cowgirls, but share a 1921 photo of “Mrs. Sherry,” a “trick rider,” standing atop her horse.

“Rodeo never had an overt policy of excluding racial or ethnic minorities from the sport,” write Patton and Shedlock, but during decades of de facto and de jure segregation, “there was a covert policy that promoted exclusivity.” Lower pay, lack of promotion, racist judging, conformity with local Jim Crow laws, and other second-class treatment punished Black rodeo workers just for trying. The Southwestern Colored Cowboys’ Association (SCCA) was formed in the late 1940s to counter such treatment.

More recently, in 1967, Myrtis Dightman became the first African American to qualify for the National Finals Rodeo sponsored by the Professional Rodeo Cowboys’ Association (PRCA). Before this, he was told the best way to get in the pros was to “turn white.” Dightman also testified that he sometimes slept in his car because hotels would refuse to accommodate him.

Fred Whitfield, who was born the year Dightman rode in the PRCA, has retired from professional rodeo work with eight world champion tie-down (calf roping) titles. In a recent Canadian film, Whitfield portrayed ex-slave John Ware (c. 1845–1905), who drove cattle into Alberta and stayed to help found cattle ranching in that province of Canada.

Abe Morris, born in 1956, rode bulls for a quarter century. He remembers being told confidently at the University of Wyoming during his first year there that there was “no such thing as a black cowboy.” The tenderfoot who claimed that obviously didn’t know much about the history of the West.

LET’S GO, LET’S SHOW, LET’S RODEO: AFRICAN AMERICANS AND THE HISTORY OF RODEO
By: Tracy Owens Patton and Sally M. Schedlock
The Journal of African American History, Vol. 96, No. 4, Special Issue: “African Americans and the History of Sport” (Fall 2011), pp. 503-521
The University of Chicago Press on behalf of Association for the Study of African American Life and History 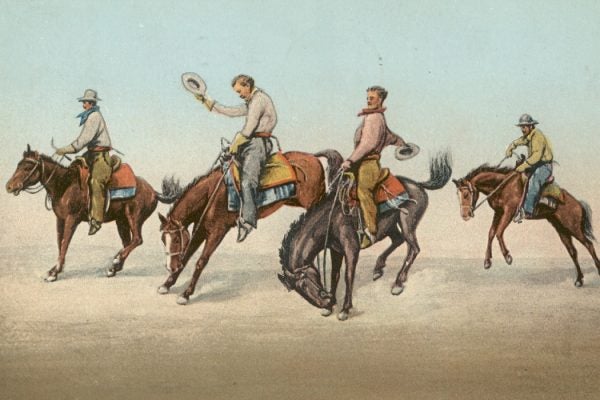