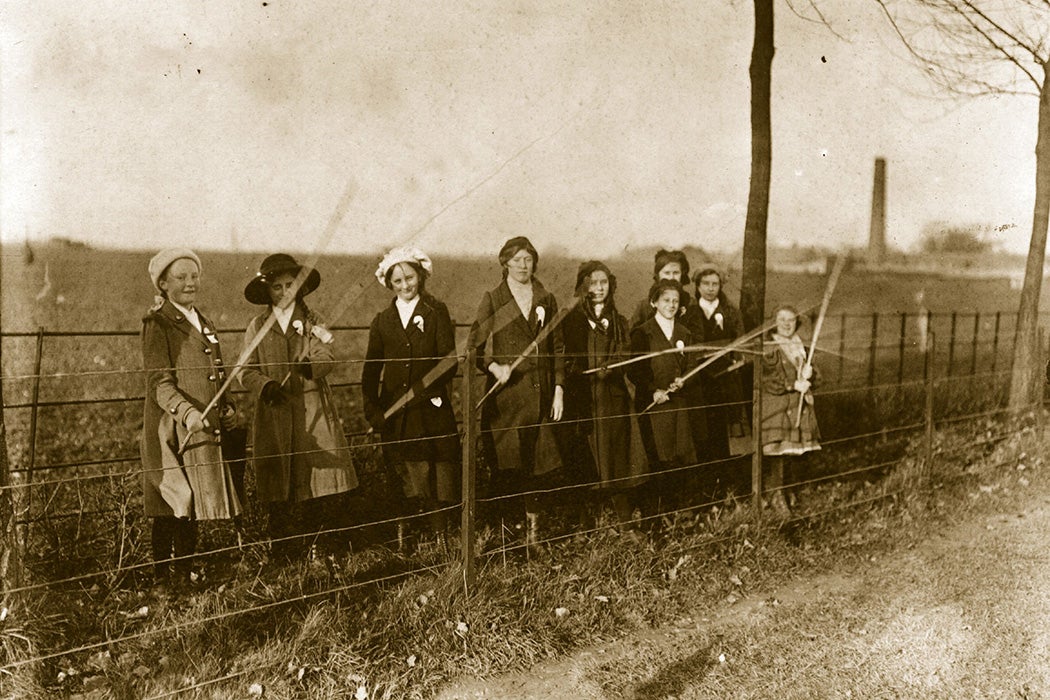 Maps are only one way of knowing the shape of a place. Before the borders of England’s parishes were definitively mapped, people learned the boundaries of their community by foot. Every year, a few days before the feast of the Ascension, the members of each parish would come together to walk the edge of their common lands.

The practice was called “beating the bounds,” and the purpose was to create a shared mental map of the parish, to ensure that neighboring communities couldn’t encroach on their land. They carried flags, sang songs, read homilies, and used slender willow-branches to swat the landmarks that separated one parish from another.

Pain was used as an aid to memory, and the form of attack was determined by the landscape.

It was the responsibility of the older members of the community to remember the boundaries, and the responsibility of the younger ones to learn them, so that they could be preserved for another generation. Pain was used as an aid to memory, and the form of attack was determined by the landscape. If they came to a stream, the children’s heads might be dunked in it; if the boundary ran against a wall, they might be encouraged to race along it, so that they would fall into the brambles on either side. If they came across a ditch, they might be encouraged to jump across it, so that they would slip in the mud. And when they came to a boundary-stone, the children would be flipped upside down, to have their heads knocked against it. In some spots, though, more pleasant memories would be created, by pausing for a glass of beer or a snack of bread and cheese. Finally, they would finish with a party on the village green.

The most practical reason for this tradition was to create a living record of the parish’s boundaries, which could serve as evidence in disputes. In one case, for instance, a 75-year-old man testified that he knew exactly where the eastern boundary of the parish lay, because he had been thrown into a heap of nettles there sixty years ago, when he was a boy. Simply asserting that he remembered the boundary would not have stood up in court; it was the vivid, visceral nature of this memory, its connection to a dramatic experience, that helped his parish win the case.

The perambulation also served to bless the crops and to draw the people of the parish together. The poet and priest George Herbert wrote that the beating of the bounds was a time for “reconciling of differences” and that anyone who stayed home would be reproved as “uncharitable and unneighborly.” The parish came into being as its inhabitants walked it: both as a geographical space, and as a community.

But, in the sixteenth century, the common lands began to be enclosed and appropriated to the exclusive use of landowners. John Taylor writes bitingly of how landowners, through enclosure, enriched themselves at the expense of their neighbors:

One man in garments he doth wear
A thousand akers on his back doth beare
Whose ancestours in former times did give
Meanes for a hundred people well to live
Now all is shrunke, (in this vaineglorious age)
T’attire a coach, a footman, and a page.

Landowners employed professional surveyors to assess the value of each acre (which quickly led to hikes in the rent) and make maps of their properties. Rather than a space to be travelled through, the land was turned into an object that could be viewed at a distance and treated as a trophy. The common lands that the people had once considered part of their shared landscape were fenced off and surrounded with hedges, and the practice of “beating the bounds” was slowly suffocated.

But the consequences of land enclosure were much more dramatic than simply destroying a colorful tradition. The common lands supported people in many ways: they were used for grazing, hunting, for digging sod, and for collecting firewood. Enclosure cut deeply into the ability of average commoners to support their families, and many were forced to uproot themselves and move to the cities, becoming industrial laborers.

The change was not effected without resistance. The fiery Puritan Robert Crowley called down a plague on the heads of rent-hiking landlords, writing that “when you have multipied your renttes to the higheste, so that ye have made all your tenantes your slaves to labour… then shal death sodaynly strike you, then shall God wythdrawe his comfortable grace from you…For your own conscience shall judge you worthye no mercye, because you have shewed no mercy.”

Others protested more subtly, by simply insisting on continuing to use the common land as they had always done, pushing past or pulling down hedges and leading their cattle onto the green. Most fascinating, however, are the cases in which protestors made use of the same festival spirit that characterized the beating of the bounds: leaders of anti-enclosure riots took up the mantle of “Lady Skimmington,” a cross-dressing character used to publicly shame people who committed antisocial acts. In her petticoats, she led rioters to tear down the enclosure hedges and reclaim the common lands. 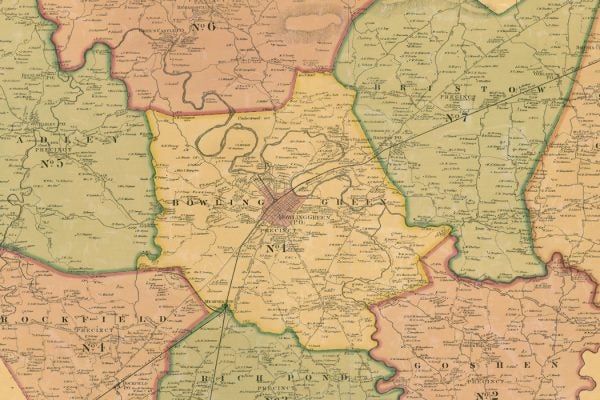