Why do the pages of shelter magazines for women seem so pristine? The answer is not what you think, according to one scholar. 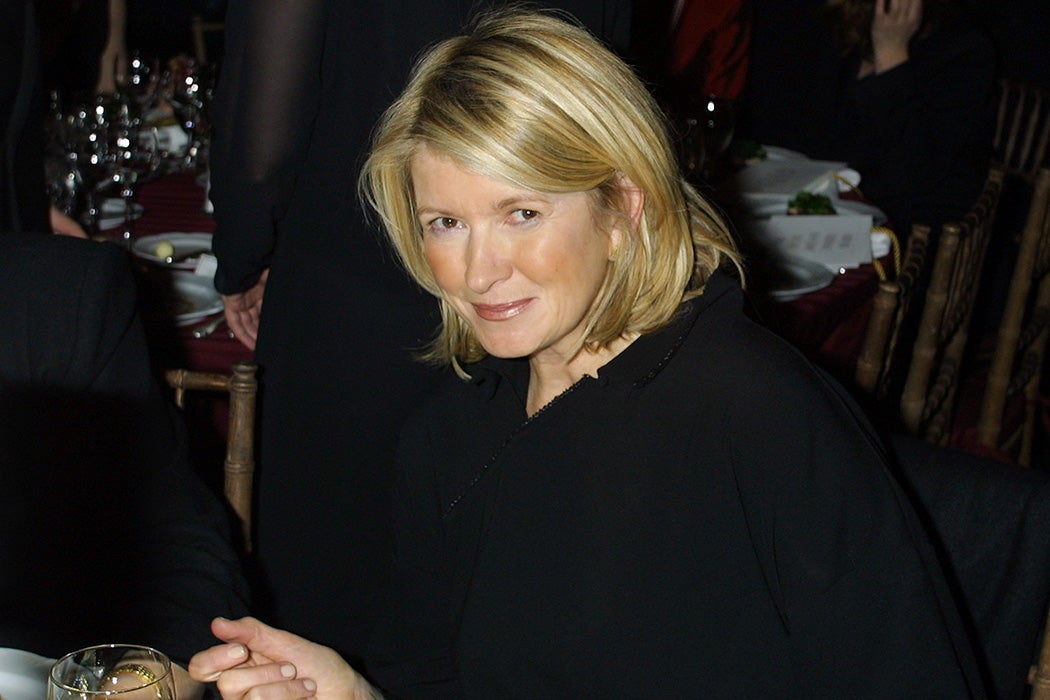 Domestic goddesses are a familiar phenomenon. They smile serenely from the covers of their self-named publications, demonstrate their oh-so-simple recipes on TV, and hawk their bounteous, aesthetically pleasing, and on-brand homes. But a rebellious streak runs through the blood of some of America’s favorite “shelter writers,” according to scholar Susan Fraiman—and their brands challenge ideals of selfless, wifely domesticity, even as they sell readers on the fantasy of perfect housekeeping.

Fraiman finds an unexpected sense of liberation in the works of Dominique Browning, editor of House Beautiful magazine between 1996 and 2007, and Martha Stewart, whose fame is unparalleled among others of her genre. This liberation is rooted in its heroines’ divorces. Together, she posits, these divas “[sever] women’s domestic experiences from normative marital roles,” reinventing domesticity not as drudgery, but as “service to self.”

Women’s unhappiness in marriage has long found vent next to recipes and time-saving tips aimed at making women better housewives and consumers.

Women’s domestic writing has existed for centuries. But a sense of discontent has always bubbled from its pages. From turn-of-the-twentieth-century tales of unhappy housewives to the famous Ladies’ Home Journal column “Can This Marriage Be Saved?,” women’s unhappiness in marriage has long found vent next to recipes and time-saving tips aimed at making women better housewives and consumers. Fraiman calls this “bad-girl domesticity”: offering advice to other women on home-based perfection even while running against society’s grain.

Advisers like Browning and Stewart tap into home decorating’s ability to serve as a distraction, an ideal, and a way of containing life’s tragedies. “The allure of shelter magazines may be tied to their images of pristine family homes—unsullied by the presence of family,” Fraiman writes. Their signature interior landscapes are beautiful, controlled, and free from the clutter of daily life and its plodding chores.

Around the House and in the Garden: A Memoir of Heartbreak, Healing, and Home Improvement, Browning’s 2003 book, tells the story of the editor’s recovery from her divorce. That recovery shifts her relationship to her own home, as she bakes, reorganizes, and decorates her way from tragedy to personal power. Browning claims the home as a site for single women, too, Fraiman notes.

And then there’s Martha, whom Fraiman dubs “The Hillary of homemaking, the Madonna of domesticity.” She describes Stewart’s personal life as a disaster and her role that of the “high-flying entrepreneur and fallen woman.” Despite breaking from nearly every traditional domestic ideal, Stewart managed to seat herself as America’s arbiter of all things domestic. And, writes Fraiman, she sells American women a slyly seductive vision of “oppositional domesticity.”

Stewart might be viewed as a potential outcast from the Eden of domestic bliss. But Fraiman sees her as a kind of exile, someone who has reclaimed the grand stage of the staged home as a place for unlikable and unruly women. Her homescapes are conspicuously devoid of children, playing into women’s taboo fantasies of childless leisure; her “virginal” designs include impossibly white fabrics and countertops that would be ruined by the tiniest stain. Martha Stewart refuses to look “sexy.” She revels in her business acumen. And she recognizes and celebrates the monotonous labor of tasks like pruning roses and scrubbing bathtubs.

Stewart, Browning, and their ilk are guilty of putting themselves first. Along the way, Fraiman suggests, they show the rest of us how to do that, too.

Sex Panic at the Department Store

Were shopgirls selling more than scents at the perfume counter? Three investigators were determined to find out.