Sex Panic at the Department Store

Were shopgirls selling more than scents at the perfume counter? Three investigators were determined to find out.

A century ago, many social reformers were deeply concerned with women’s sexual purity. And, as sociologist Val Marie Johnson writes, one den of iniquity they targeted was the department store.

Johnson writes that this was a time when many young white women were going to work as retail clerks. Reform groups warned that low pay in the industry could drive them to supplement their incomes—either through outright sex work or by letting men take them out for meals and entertainment. In May 1913, the chief investigator of the Chicago Vice Commission published a pamphlet describing stores where “salesmen, buyers, managers, foremen, and even proprietors are constantly placing temptations before the weak and yielding girls.”

Miller advocated for a single standard on sexual morality, permitting women the same right to sex outside of marriage that men were implicitly allowed.

In an effort to refute these charges, Johnson writes, Macy’s proprietor Percy Straus went to a New York City antiprostitution group, the Committee of Fourteen, for help. The committee launched an “independent” investigation. A young woman named Faith Habberton went undercover at Macy’s in New York, posing as a regular shopgirl.

Habberton did find evidence that some shopgirls were part of the sporting world. In her reports, she presented “Miss Miller” as “typical of a large and growing class of girls that ‘go wrong.’” Miller advocated for a single standard on sexual morality, permitting women the same right to sex outside of marriage that men were implicitly allowed. But Habberton was quick to insist that this attitude had nothing to do with Miller’s employment at Macy’s and that she had “not heard such a principle even suggested” by any other worker there.

In fact, Johnson writes, Habberton found that many of the workers were eager to distance themselves from stereotypes that suggested all shopgirls were “of the ‘low-down’ kind.”

Meanwhile, doing the job of a shopgirl each day, Habberton eventually found herself concerned with the low wages and difficult working conditions of the job. She wrote that even though she had more money than the real shopgirls, she developed a “strong sense of the hopeless and helpless position of the girl in the ranks” and came to “hate everything and everybody connected with department stores.”

Soon, the Committee of Fourteen hired a second undercover investigator, then a third, apparently seeking less information about labor conditions and more on the workers’ private lives.

“I wish again to emphasize the point that you are to look for the moral and sex sides of the problem,” the organization’s general secretary wrote to the third investigator, Natalie Sonnichsen.

Sonnichsen did manage to gather more dirt. One woman told her about her relationship with her boyfriend. Another shared how she and other shopgirls exchanged information on birth control, abortion, and sexually transmitted diseases.

Yet ultimately, as Macy’s had apparently intended, the investigation didn’t lay any real blame for sexual immorality on retail employers. And despite her experiences at the store, Habberton didn’t argue for higher wages or better conditions. Instead, she concluded that it would be helpful to create “a special department for beginners designed to investigate the personal life of each girl.”

"Look for the Moral and Sex Sides of the Problem": Investigating Jewishness, Desire, and Discipline at Macy's Department Store, New York City, 1913
By: Val Marie Johnson
Journal of the History of Sexuality, Vol. 18, No. 3, New Perspectives on Commercial Sex and Sex Work in Urban America, 1850-1940 (Sep., 2009), pp. 457-485
University of Texas Press 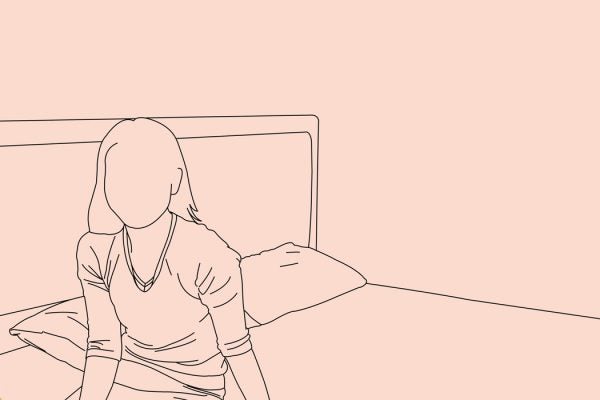