An American in Paris: Onstage and Onscreen

Whatever your thoughts on the Broadway production, An American in Paris is a big deal in the history of movie musicals. 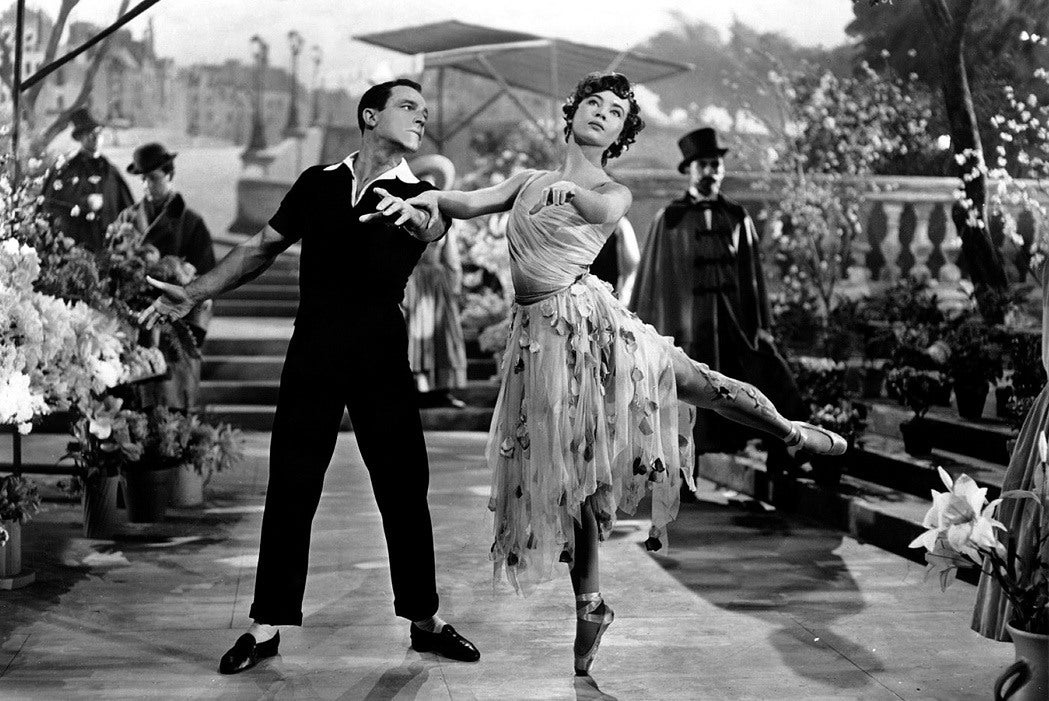 Broadway’s An American In Paris, which opened last month, adapts the 1951 MGM musical of the same name, starring Gene Kelly and Leslie Caron. The play follows the outline of the movie script: an American soldier tries to make a living as an artist in Paris and falls for a young Parisian woman who, unbeknownst to him, is engaged to his friend.

But as with most adaptations, several things have changed. First, the narrative is now set directly after World War II, rather than in the early 1950s. Second, a backstory explains the protagonists’ relationships, giving the film’s minor characters more depth. Third, additional songs have been integrated into the plot. Last, all of the choreography is new.

Purists will likely have a hard time with this stage production. They will balk that one of the most optimistic post-war American films now includes “a dark undertow” and complain that Gene Kelly’s famous 17-minute ballet is presented onstage as “an abstract piece.” Some fans who’ve watched the trailer have even remarked that the lead doesn’t dance like Kelly: he should come across as a “construction worker with grace, never like a dancer,” they say.

But more flexible fans and those unfamiliar with the original film will likely be captivated by the $11 million, 135-minute production. They will probably appreciate the aim of the creative team “not to recreate the movie for the stage.”

Wherever your loyalties lie with the Broadway production, here’s a bit of background about MGM’s An American in Paris — and why it’s a big deal in the history of movie musicals.

A Love Letter to the Gershwins

One night after a game of pool, he asked his friend and lyricist Ira Gershwin if he’d sell him the title An American in Paris, a jazz-influenced symphonic poem/suite composed in 1928 by his late brother, George. Ira responded, on one condition: “that all music in the film be George’s.” Freed said he wouldn’t have it any other way. And so, MGM paid the Gershwins about $300,000 for their songs plus another $50,000 to Ira for revising lyrics.

The film is built around ten of the Gershwins’ songs including “I Got Rhythm,” “’S Wonderful,” and “Our Love is Here to Stay.” Hardcore admirers will also hear Gershwin music playing in the background.

Repeatedly, critics recognized the film’s soundtrack in their reviews. Variety noted, “Gershwin’s music gets boffo treatment throughout.” Time claimed the film is “as hard to resist as George Gershwin’s score.” The New York Daily News mentioned the music six times in its review, claiming “Ira Gershwin’s lyrics are as great a source of amusement today as they were when first sung to brother George’s enticing rhythms.”

Based entirely on a musical composition, MGM’s An American in Paris is not only a love letter to Paris, but also to the brothers Gershwin.

Despite Her Hair, Leslie Caron Becomes a Star

Three Hollywood actresses were allegedly proposed for the role of the female love interest, but Gene Kelly wanted to play opposite an actual Parisian ballerina. He remembered a young dancer he once saw onstage in Paris named Leslie Caron. Kelly convinced the studio to fly him overseas to audition her and two other dancers. Nineteen-year-old Caron won the role and arrived in Hollywood shortly thereafter.

Not understanding MGM’s hierarchy, Caron took her onscreen appearance into her own hands. Immediately before principle production began, the newcomer cut her own hair “as short as a boy’s and straight,” wanting to resemble a contemporary Parisian model.

In Thank Heaven (2010), Caron recalls “the frantic phone calls” and “firing squad” when she arrived on set: “they fire girls for less than [a pixie haircut], you know!” Everyone would have to wait more than three weeks for her hair to grow out before they could begin filming.

Despite this (rather silly) hair incident, MGM’s casting of Caron exemplifies one of its strengths: featuring a prominent star (Kelly) while developing a new one (Caron). Caron went on to star in several movies, including the title role in Gigi (1958).

Two years before MGM’s An American in Paris was conceived, the British film The Red Shoes featured a 17-minute ballet. With its success in the UK and the US, Gene Kelly thought American audiences would be open to a similar lengthy balletic number. He and director Vincente Minnelli would set the entire thing to Gershwin’s suite “An American in Paris.”

Some backdrops for this section of the film alone clocked in at 300-feet wide and 40-feet high. More impressively perhaps, the final cost of the ballet was $500,000 — the most expensive musical number filmed up to that point.

As you can see, the ballet is creative, playful, and sensuous. It is expertly designed, shot, lit, and choreographed. And as Angela Dalle-Vacche notes, it is what Kelly and Minnelli have “at their disposal to compensate for the impossibility of Art in Hollywood.” Indeed, via this number, the two men are bringing “high” art to the masses.

One of the Most Celebrated of MGM’s Musicals

An American in Paris took five months to shoot and cost $2.7m. It succeeded critically and financially, grossing in excess of $8 million, and was “variously listed in Hollywood trade publications as either the first or third highest box office film of the year.”

MGM has always been proud of An American In Paris, especially that final ballet. The studio’s musical compilation documentary That’s Entertainment! (1974) saves the number for last, boasting it “best represents the MGM musicals.”

What’s more, the 1951 film still scores 95% or higher on Rotten Tomatoes, IMDB, and Amazon, and it opened the 2011 TCM Film Festival. Now, all eyes are on Broadway to see if it can amass similar acclaim.

A Painter in Hollywood: Vincente Minnelli's "An American in Paris"
By: Angela Dalle-Vacche
Cinema Journal, Vol. 32, No. 1 (Autumn, 1992), pp. 63-83
University of Texas Press on behalf of the Society for Cinema & Media Studies 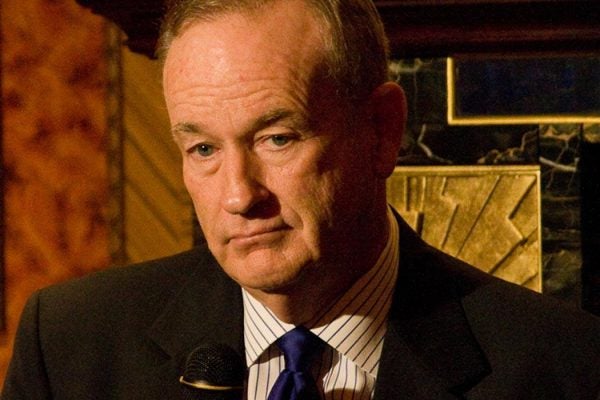 The O’Reilly Factor follows a “set of binary codes of the form sacred vs. polluted,” expressed in a number of ways according to sociologist Matthew Norton.