A Holy Trinity in Ancient Egypt

The ancient Mediterranean was full of religious expression, and Kemetic culture’s concept of a divine family influenced early Christians. 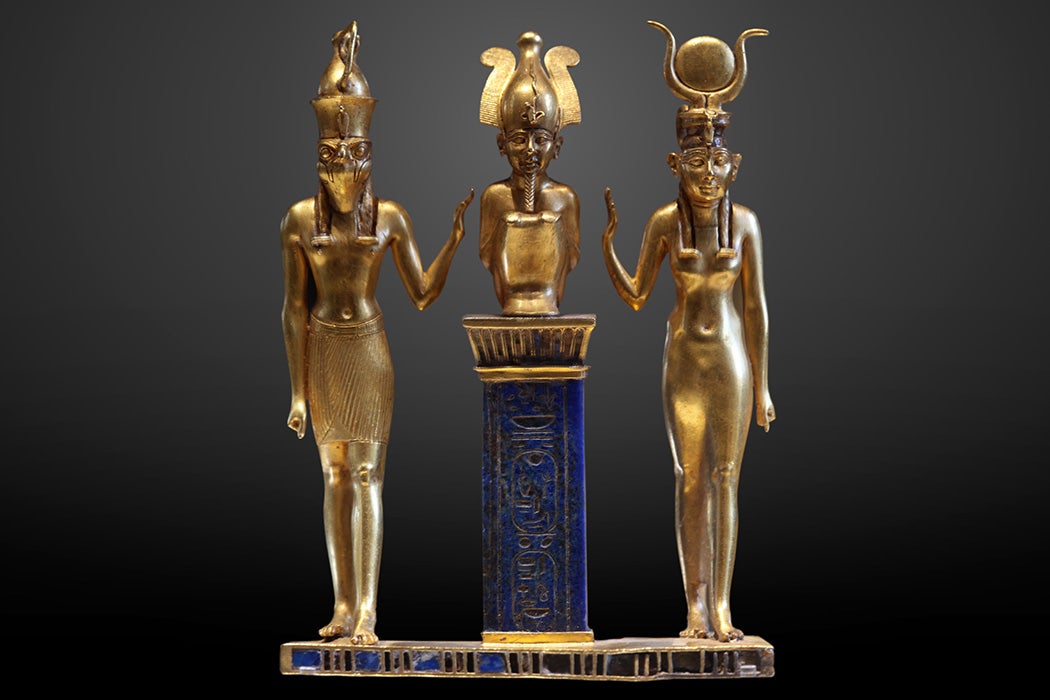 Osiris flanked by Horus on the left and Isis on the right
via Wikimedia Commons
By: Livia Gershon
3 minutes
Share Tweet Email Print

To most people today, “the Trinity” is a distinctly Christian concept, referring to the Father, Son, and Holy Ghost. But as African American studies scholar Jennifer Williams writes, this wasn’t the first religious trinity. Christianity borrowed the idea from ancient Egyptians, making some significant changes along the way.

Williams notes that early Christians found inspiration for their spiritual system in religions from around the Mediterranean. The region was full of stories involving resurrection, salvation, virgin births, and central figures who were the sons of supreme gods. In ancient Egypt—or Kemet, as it was known to its people at the time—one key concept was the relationship among three deities, Asar, Aset, and Heru. (Most Americans today know them better by the names the Greeks gave them: Osiris, Isis, and Horus, respectively.)

Like many Egyptian gods, these divine beings started out as humans. Asar was a revered king who was murdered by a usurper but became king of the afterlife, or spiritual realm. His wife, Aset, took their son, Heru, into hiding, and Heru eventually returned to reclaim the earthly throne.

Kemetic culture relied on the principle of Ma’at, or order. This included the grouping of deities in families or pairs, such as the Asar-Aset-Heru trinity.

A part of Ma’at was the complementary male and female principles, both in the universe and in human society.

“Enacting change on the tangible and intangible realms usually required more than one deity so that the essence of one deity would not overwhelm the balance of the worlds seen and unseen,” Williams writes.

A part of Ma’at was the complementary male and female principles, both in the universe and in human society. Egyptians passed property and titles down matrilineally. And while men typically occupied the formal positions of political authority, royal women also had a powerful role in decision making.

At the start of the Middle Kingdom, around 2040 BCE, Williams writes, Egypt was largely patriarchal, and celebrations often focused on Asar. But during the New Kingdom, a time of powerful queens that began around 1570 BCE, Aset gained new attention. She became known as the protector of the living and the most powerful healer among the gods. Over time, the worship of Aset spread to Greeks and Romans, particularly among women. Her identity sometimes merged with other goddesses, like Astarte and Hera.

But Aset, and the Egyptian trinity more generally, didn’t map cleanly onto the emerging Christian system.

“The roles of father and son fit Asar and Heru,” Williams writes. “However, the role of the Holy Spirit, an entity dwelling inside a believer’s or God’s body in tangible realm, does not correspond with Aset’s role in the Kemetic Trinity.”

Aset does parallel the Virgin Mary in some respects. Artists clearly borrowed images of Aset and Heru to create images of the holy Christian mother and child. But the Roman Empire, in which the concept of the Christian Trinity developed between the first and fourth centuries CE, was both patriarchal and patrilineal, and had no concept equivalent to Ma’at.

“A feminine deity would not translate into the new social-political-spiritual system centered on masculine deities which upheld patriarchy,” Williams writes.

That left Mary without Aset’s divine powers—and outside the Christian Trinity.

From Aset to Jesus: The History of the Goddess Aset in Ancient Kemet From Circa 3000 BCE Until the Removal of Feminine Salvation Circa 400 CE
By: Jennifer Williams
Journal of Black Studies, Vol. 45, No. 2 (MARCH 2014), pp. 102-124
Sage Publications, Inc. 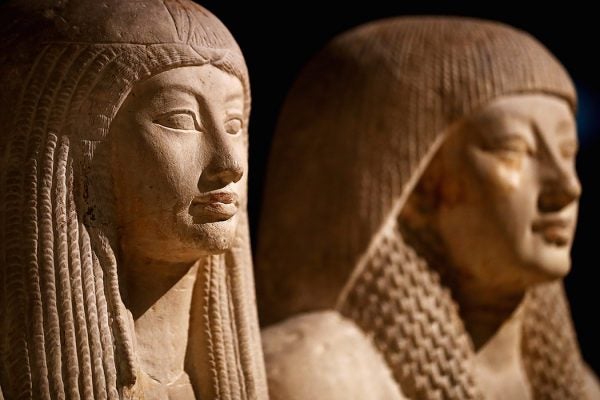 Egyptian tomb chapels depict men, women, and children of different ranks in society. What can their hairstyles tell us about their lives?