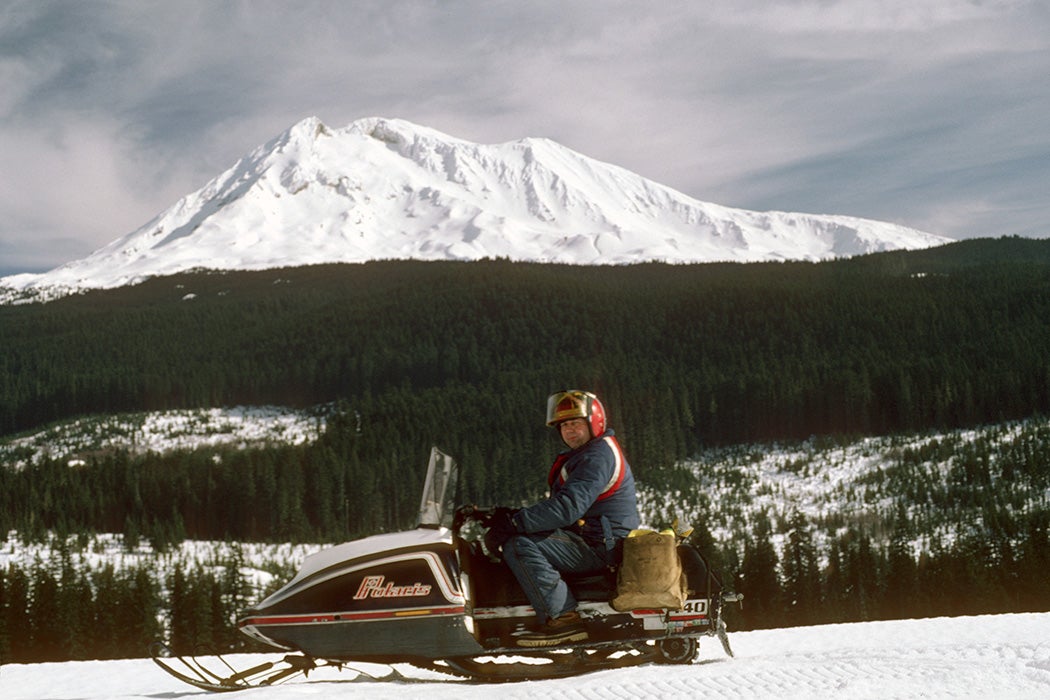 For decades, snowmobiles have been as much a part of the North American winter landscape as skis and snowmen. Technology scholar Leonard S. Reich explains how driving a motorized vehicle along snowy trails became a common hobby.

Reich writes that the 1880s and 1890s were a time of enormous innovation in wheeled transportation, including the car, motorcycle, and bicycle. Many tinkerers had the idea of adapting vehicles for use in the snow. Some used propellers, which allowed them to reach enjoyably high speeds but with a clumsiness that made them quite dangerous, to both the rider and anyone walking nearby.

The first mass-produced snow vehicle was an adaptation of the Model T Ford developed by New Hampshire auto dealer Virgil White. He added an extra pair of wheels with a tracked belt, and steerable skis attached to the front axles, and he called his creation “the Snowmobile.” White sold about 25,000 of the vehicles over five years before his factory burned down in 1928. Farmers, mail carriers, doctors, grocers, loggers, and utility companies invested in the machines to make their way over snow-covered rural roads.

Those “looking for new thrills in winter sports” would love “riding cross-country, through woods, over hill and dale…”

Following in White’s footsteps, Canadian inventor Joseph-Armand Bombardier developed a seven-passenger snow vehicle. He sold them to civilians in the 1930s, and then to the British and Canadian militaries for use as troop transports during World War II.

After Canadian provinces started plowing their rural roads, Reich writes, Bombardier found a new market. In 1956, a missionary in northern Canada asked him about an affordable winter-travel vehicle. The inventor did him one better, developing a small snow vehicle that wasn’t just relatively cheap and good for travel in rough winter conditions, but also fun to ride—the Ski-Dog, soon renamed the Ski-Doo.

Recognizing the machine’s potential beyond utilitarian purposes, in 1959 Bombardier began putting out ads promising that those “looking for new thrills in winter sports” would love “riding cross-country, through woods, over hill and dale, crossing obstacles such as snow-covered ditches, mounds, hollows, snow banks, etc.” It also placed TV ads in some locations.

Competing snowmobile manufacturers quickly emerged, Reich writes. By the end of the 1966-67 winter season, there were 200,000 snowmobiles in use in North America. Enthusiasts organized festivals, trail-grooming events, and group rides (“snodeos”, “snofaris”, and “sno-mo-cades,” respectively), as well as charity events. One member reported that snowmobile clubs “took the place of the church socials and the Grange meeting” in some small towns.

Snowmobiling convinced people who had previously spent winters mostly indoors to leave the house, and brought new economic activity to small rural towns. But they also brought noise, property damage and some terrible accidents. Through the 1970s, snowmobile manufacturers and riders engaged in a series of skirmishes with property owners, environmentalists, and regulators, eventually resulting in compromises such as slightly quieter machines and commitments to ride only on trails. By the 1980s, snowmobiles had become a mostly unremarkable fact of winter life.

Ski-Dogs, Pol-Cats, and the Mechanization of Winter: The Development of Recreational Snowmobiling in North America
By: Leonard S. Reich
Technology and Culture, Vol. 40, No. 3 (Jul., 1999), pp. 484-516
The Johns Hopkins University Press and the Society for the History of Technology 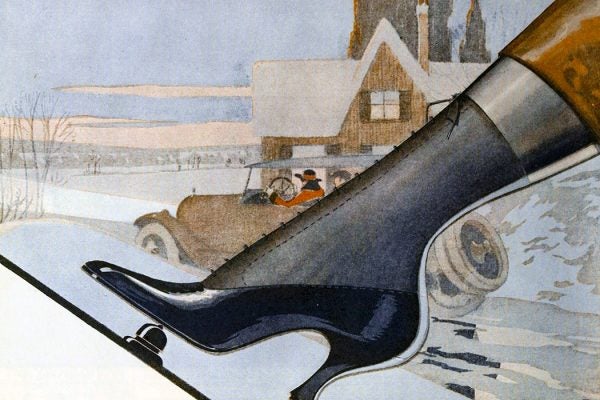