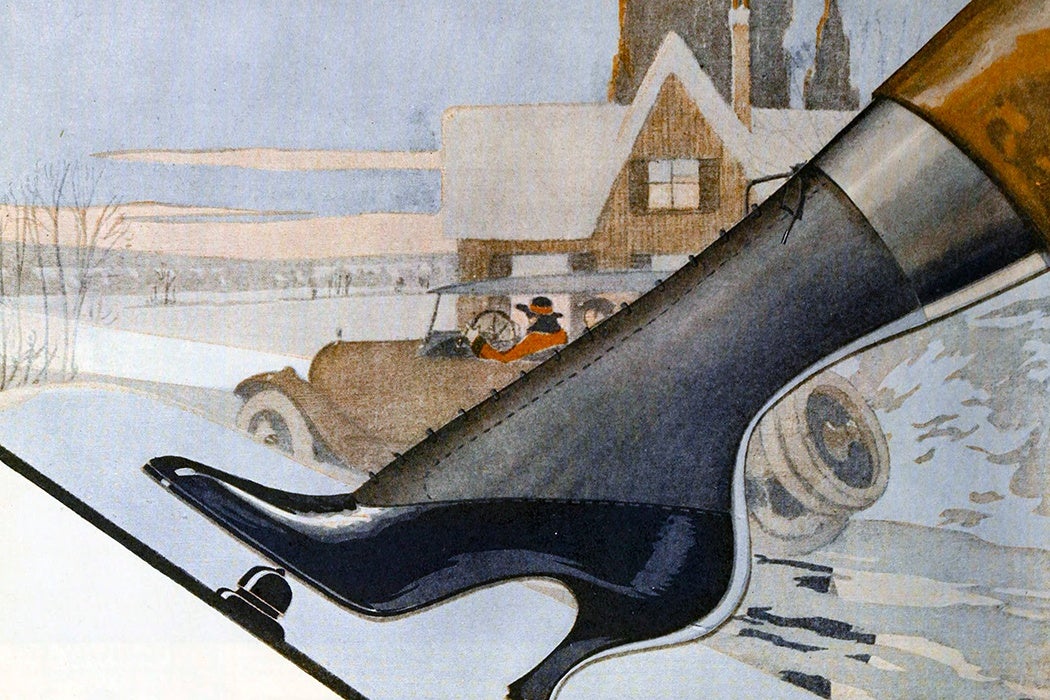 Presidents Day weekend is a traditional time to buy a car. That means it’s the season for gorgeously shot commercials showing fashionable couples zooming around mountain roads. But what do these advertisements indicate about our relationships with our cars?

These ads are a far cry from the first car advertisements. Pamela Walker Laird writes that it took decades for the automobile industry to step away from dry, stodgy advertisements. The shift in car ad trends ushered in a new era of corporate images.

It’s not as though there weren’t precedents for promoting products as fun and exciting in the early twentieth century. Laird writes that Columbia Bicycle, a predecessor to carmakers in the niche of selling transportation as recreation, became famous thanks to ads featuring “dynamic images from leading commercial artists.”

That wasn’t the path that early carmakers took. Instead, they continued in the tradition of the carriage industry, which “typically did not picture passengers or try to invoke sensations of speed or motion to appeal to customers.”

Carmakers were often drawn to the industry by the fun of their product, but that enthusiasm didn’t translate into ads. One reason Laird suggests is that flamboyant advertisements had associations with shady businesses like circuses and questionable medicines. Presumably, company executives saw that as a poor fit for complex, expensive machines that required technical knowledge to operate.

Instead, car ads might feature a profile of a company’s head engineer, detailed technical explanations of car parts, or descriptions of the way largescale production at automobile factories drove down costs. The Lexington Motor Company described its 1922 Minute Man Six in aggressively dull language as “a pre-determined product, a logical fruition of a definite program… [which] reflects everything which Lexington and its allied group of factories have been trying to accomplish for years.”

Even when ads mentioned aesthetics, they sometimes sounded oddly defensive. In 1922, the Dorris Motor Car Company promised that its car offered “wholesome beauty without a trace of freakishness.”

As late as the 1930s, Henry Ford continued to sell his cars based on a message of industrial power and economical cost, insisting that his company’s advertisements “not make the pleasure principle.” Beyond the desire to avoid flashy sales pitches that diminished the seriousness of his products, Ford seems to have been intensely proud of his economical, large-scale production process, and he wanted to put that in front of customers, even if that wasn’t necessarily what interested them.

For the industry as a whole, the 1920s were a turning point. Cars had been around for 30 years, and advertising now aimed less to attract first-time buyers than to convince people to replace their old car with a newer model. Meanwhile, car companies were less likely to be autocracies, in which one owner saw his personal identity in the brand. Instead, specialists crafted the companies’ images solely to please customers.

In an early example of the new kind of ad, the Jordan Motor Car Company described its new model, the Playboy, as the perfect car for a “broncho-busing, steer-roping girl,” with a savor of “laughter and lilt and light… It’s a brawny thing—yet a graceful thing for the sweep o’ the Avenue.”

The car ad as a joyous celebration of speed and fun and love had been born.

"The Car without a Single Weakness": Early Automobile Advertising
By: Pamela Walker Laird
Technology and Culture, Vol. 37, No. 4 (Oct., 1996), pp. 796-812
The Johns Hopkins University Press and the Society for the History of Technology 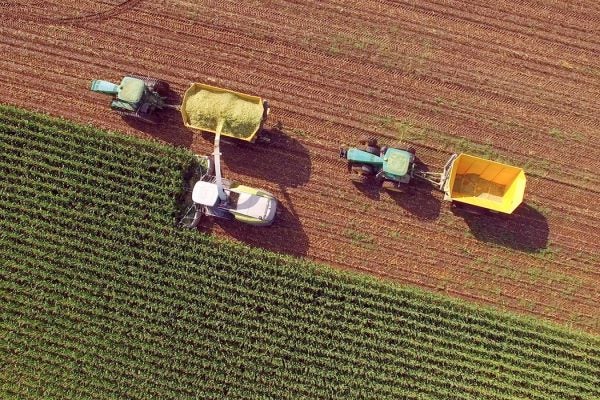 Why Do We Have “Free Trade” For Televisions, But Not For Corn?

While the U.S. opens industries to market competition at home and abroad, we give our agricultural producers a lot of protection, including big subsidies.