What If the World Were Flat and Columbus Had Fallen Off the Edge of the Earth?

What if Columbus had never made it to America? 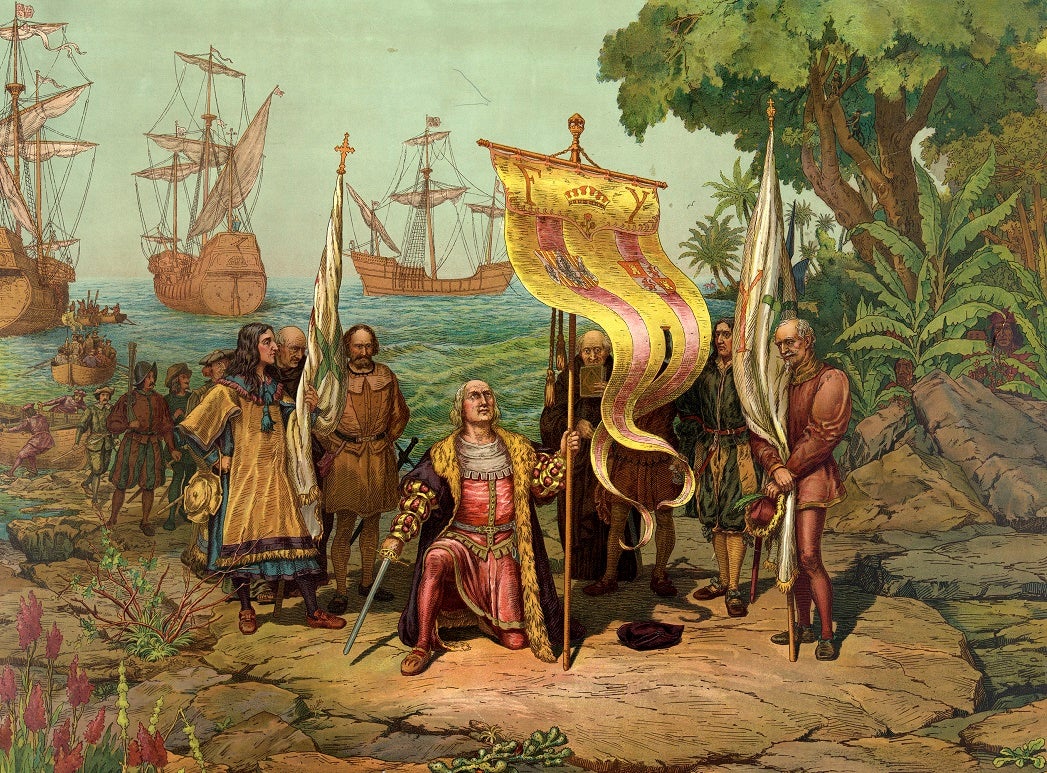 As deciduous trees shed their leaves and many of us begin to brace for the inevitable cold, Columbus Day provides a nice extra day off from work to spend with our friends and family. Some of us may use it to do something active. More of us will probably just sleep in and rejoice that for at least one week in October, we don’t have to suffer from a “case of the Mondays.”

But maybe this Columbus Day we should do something different. Instead of doing the same old thing, let’s sit back and ponder a question that economist Preston McAfee once posed in a paper published by the American Economic Review: what if the world is flat and, on his 1492 voyage, “Columbus fell off the edge of the earth?” Would America still be America? And how would that have affected economic growth?

“I construct a model of the earth, in which the implications of Columbus falling off the edge of the earth can be tested,” McAfee deadpans in one of the most respected academic journals for American economists. This “highly touted” model, he wryly continues, is called FRAPPE: “Fractured Reconstructive Autoerotic Projection Package with Econometrization.”

The FRAPPE model offers simple proof that America would have remained “relatively unchanged” had Columbus and his crew met their doom in space: “For proof, send $8.99 to Proof, Box 666, London, Canada (Canadians add $6),” McAfee writes. FRAPPE, of course, is completely made up and like the rest of the article—including laugh-out-loud footnotes filled with clear falsehoods—it is comic gold.

What on earth (flat or not) inspired McAfee to publish such a paper, especially in an academic journal?

“The proximate cause was watching the movie Animal House, which made me realize that I hadn’t done anything funny for a while,” McAfee, now the chief economist at Microsoft, said last week, more than two decades after writing the article. Underneath the irreverence of McAfee’s paper, however, his ultimate aim was to critique a strain in his profession that sought to provide precise statistical answers to impossible questions.

“Since the imaginative, pathbreaking analysis of Robert Fogel (1962), the counterfactual analysis has intrigued and scintillated a generation of economists,” McAfee begins the 1983 article, satirically praising the genre of work he’s about to skewer. Fogel, he explains, tried to answer the question, with quantitative precision, what the American economy in 1890 would have looked like had the railroad never been invented.

Fogel’s conclusion? The impact would have been only small-scale, “less than 10 percent of GDP” because he assumes canals would have been built in their stead. Of course, canals! How could we forget the economic engine that could have been an intercontinental network of canals?! McAfee, more than two decades after publishing his critique, is still incredulous.

Counterfactuals can get silly, especially if you are imagining a completely out-of-this-universe dreamland where there are no trains—or the world is flat and Columbus had never made it to America. You can invent anything, change anything, and there aren’t strong facts to back you up.

With that disclaimer out of the way (ahem), let’s suspend disbelief on this Columbus Day—and jettison any basic understanding of the laws of physics. What if the Niña, the Pinta, and the Santa María had, in fact, hurled themselves off the edge of the earth, flying into the vacuum of space never to be heard from again? How might that have changed world history?

Christopher Columbus’s landing in the Bahamas on October 12, 1492 was a massive earthquake, and we still live with its aftershocks. The historian Alfred W. Crosby coined the term the “Columbian Exchange” to describe the world-changing linkages that formed in Columbus’s wake, connecting peoples, crops, animals, and bacteria in a way unprecedented in human civilization. The Atlantic Ocean—long a barrier between the Americas and the continents of Europe and Africa—became a superhighway for commerce and migration, as well as slavery, domination, and pestilence.

Illness played the starring role in the first act of the global drama that followed Columbus’s landing. Like a tidal wave billowing down Central and South America, germs introduced by Columbus and his followers inadvertently brought diseases like smallpox, cholera, influenza, and malaria to peoples who had not built up immunities to them. What ensued was a scale of human death virtually unseen in world history.

“There was undeniably an avalanche of disease that decimated all native American peoples,” Crosby wrote in 1991. Leslie Roberts in the journal Science says estimates range between 50 and 90 percent of the entire Native American population was wiped out in the years that followed European arrival. Different scholars estimate different numbers, but we’re talking millions and millions of people who perished.

Together with superior technology and horses (which natives did not have), it becomes much easier to see how the massive Incan and Aztec empires were subdued so easily by small bands of Spaniards in the decades the followed 1492. These conquistadors, followed by waves of other Europeans over the next few centuries, proceeded to forcibly take over the entire two American continents.

Was this inevitable? It’s hard to say. If we follow the logic of one school of thought that includes Jared Diamond, Europe had the incentives to expand—and guns, germs, and steel on its side. The odds are that some other group, mostly likely from Europe, would have made the voyage later, and the same biological mayhem and man-made destruction would had ensued. In other words, if it wasn’t Columbus, it would have been someone else.

What if Columbus had never made it to America?

McAgree, while jokingly concluding in his 1983 paper that the American economy would have barely been affected had Columbus never made it, told me more seriously that he believed had Columbus and his crew perished on their voyage, “There is a reasonable chance that northern Europeans would have found the Americas. This would have made a huge difference to Spanish fortunes and perhaps Latin America would have spoken French, Dutch or English.”

If we accept this thought experiment for what it is—and ignore the small logical problem of how later European powers made it past the edge of the Earth— how much would have colonization of Latin America by a different European power mattered for indigenous societies’ fortunes?

This is actually not a silly question, because it relates to modern thought on the influence of institutions on a society’s prosperity. Each European power pursued different nation-building strategies and developed different institutions in each place they came into contact.  MIT economists Daron Acemoglu and Simon Johnson and Harvard political scientist James Robinson have been at the forefront of analyzing these institutional differences over the last couple decades.

Acemoglu, Johnson, and Robinson argue that institutions are what determine the long-term economic success of a society—not religion or geography, as generations of thinkers have argued going back to Machiavelli and Montesquieu. As proof in one of their papers, they show data that there was a “reversal of fortune” in the wake of Columbus’s arrival: Central and South America went from being the relatively richer region to being the relatively poorer one.

The reason? The North was given more “inclusive” institutions, ones that valued entrepreneurialism, egalitarianism, and political freedom–qualities conducive to creating inventions and industries that would propel these societies forward with the industrial revolution. Meanwhile, European colonialism in the South—including what later became the Confederacy in the United States—relied on “extractive institutions,” like slavery, the mita, and the encomienda, systems geared more toward the exploitation and oppression of indigenous Americans and blacks than for fostering innovation and economic development.

The identity of the colonizing power greatly influenced the subsequent trajectory of their colonies.

Once these institutions were set up, Acemoglu and Robinson believe, they persisted into the future. Had Columbus and his crew met their doom in space, and it was some other European power that came to Latin America, would extractive institutions like these—based on the exploitation of indigenous people—been much different?

One school of thought argues that the identity of the colonizing power greatly influenced the subsequent trajectory of their colonies. “Liberal” British colonialism, Matthew Lange, James Mahoney, and Matthias vom Hau argue, created economically superior institutions to “mercantilist” Spanish colonialism. This, they argue, largely explains the increased economic success of British colonies when compared to Spanish ones in the centuries to come.

But if we follow the logic of Acemoglu, Johnson, and Robinson, the answer to whether outcomes would have turned out significantly different seems to be, well…not really. They argue that extractive institutions were adopted where they were most profitable, regardless of the European power: “High population density, by providing a supply of labor that could be forced to work in agriculture or mining, made extractive institutions more profitable to Europeans,” they write. In contrast, in low-population density areas, Europeans settled and thus made inclusive institutions that served their own long-term interests.

In other words, if the British or the French or the Dutch or whoever had gotten to Latin America first, they would set up institutions according to a broadly similar logic. This points, ironically, to McAfee’s joke conclusion in his 1983 paper that things would have been “relatively unchanged” had Columbus fallen off the edge of the Earth.

Of course, coming to such a conclusion brings to mind McAfee’s broader satirical point: out-of-this-universe counterfactuals like this are a futile exercise. We will never really know.

And with that, Happy Columbus Day (or Indigenous People’s Day)!

American Economic Growth and the Voyage of Columbus
By: R. Preston McAfee
The American Economic Review, Vol. 73, No. 4 (Sep., 1983), pp. 735-740
American Economic Association
A Quantitative Approach to the Study of Railroads in American Economic Growth: A Report of Some Preliminary Findings
By: Robert William Fogel
The Journal of Economic History, Vol. 22, No. 2 (Jun., 1962), pp. 163-197
Cambridge University Press on behalf of the Economic History Association
Infectious Disease and the Demography of the Atlantic Peoples
By: Alfred W. Crosby
Journal of World History, Vol. 2, No. 2 (Fall, 1991), pp. 119-133
Cambridge University Press on behalf of the Economic History Association
Reversal of Fortune: Geography and Institutions in the Making of the Modern World Income Distribution
By: Daron Acemoglu, Simon Johnson and James A. Robinson
The Quarterly Journal of Economics, Vol. 117, No. 4 (Nov., 2002), pp. 1231-1294
Vol. 117, No. 4 (Nov., 2002), pp. 1231-1294
The Persistence and Change of Institutions in the Americas
By: Daron Acemoglu and James A. Robinson
Southern Economic Journal, Vol. 75, No. 2 (Oct., 2008), pp. 281-299
Southern Economic Association
Colonialism and Development: A Comparative Analysis of Spanish and British Colonies
By: Matthew Lange, James Mahoney, and Matthias vom Hau
American Journal of Sociology, Vol. 111, No. 5 (March 2006), pp. 1412-1462
The University of Chicago Press 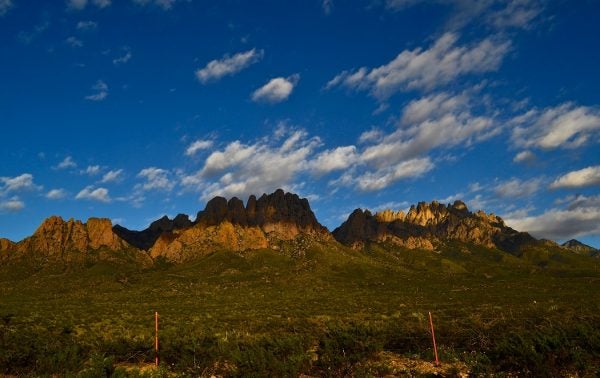 For the past two months, I have been on a researching road trip through the West and Southwest—Colorado, ...