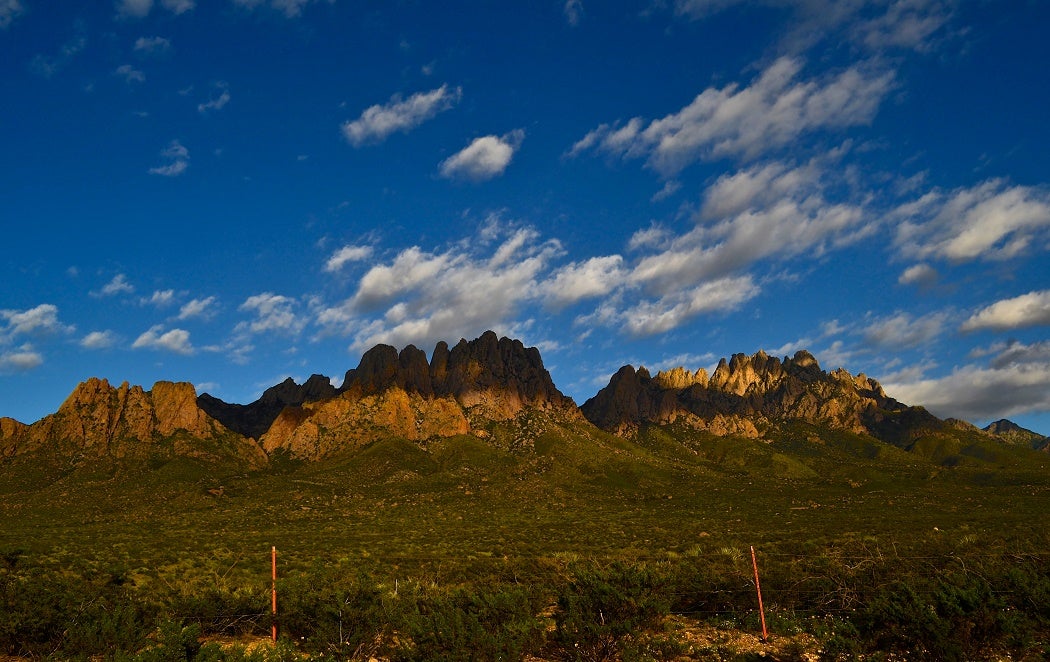 For the past two months, I have been on a researching road trip through the West and Southwest—Colorado, New Mexico, Arizona, and now Texas. As readers of this column know, I have been looking at letters, diaries, maps, lithographs, and other documents in the region’s archives; I have also been visiting historic sites.

I am not the first historian to have done this, and to write about it. And I am quite skeptical of the “hallowed ground” notion that one can “feel” the past by standing in a historic place. When I visit these sites, I’m not out to get a visceral connection to history. I’m there to get a sense of the landscape, to make links between the documents I’m reading and at the images I’m looking at, and the places in which they were produced.

I was in Las Cruces, New Mexico—and its neighboring town, Mesilla—to research an obscure event at the beginning of the Civil War. In late July 1861, the 2nd Texas Mounted Rifles under lieutenant colonel John R. Baylor defeated Union soldiers under Major Isaac Lynde in a short but intense fight in Mesilla. Two days later, those Union forces abandoned Fort Fillmore—the southernmost federal military installation in New Mexico Territory—and began a retreat through the desert to Fort Stanton, more than 100 miles to the northeast. The Union column fell apart on the road, more than half of them succumbing to dehydration and sunstroke, and Lynde surrendered his troops to Baylor (who had seen that they were on the move, and pursued) in the late afternoon.

I had read all of the reports of the retreat: from Lynde and several of his officers, and from Baylor. I had seen visual images of the area—including Carl Schuchard’s lithograph of Mesilla, which I analyzed in last week’s column—and another of his sketches depicting Fort Fillmore. And I had seen modern photographs of the Organ Mountains, which Union forces had to cross over in order to get to Fort Stanton. One of my goals during my visit was to track this event, to understand how the climate and topography created the conditions for the Union surrender.

First, I went searching for Fort Fillmore. This was trickier than I had anticipated, as Fort Fillmore no longer exists. There are some remnants of the post cemetery, but they are on private land, in the midst of pecan groves. I did manage to get hold of the landowners’ phone number, but was unable to talk to them to ask permission to trespass. And without their directions, I had no real hope of finding the site.

I tried to guess at its location, using the town of Mesilla as a guide. But then I became confused. 1850s maps of this region locate Fort Fillmore (and Las Cruces) on the east side of the Rio Grande, and Mesilla on the west side. Baylor crossed it at the ford before pursuing the federals up the Fort Stanton Road. But today, the Rio Grande is west of Mesilla, a fact that did not really register until I was there. What had happened was this: in 1862, the Rio Grande changed its course, leaping over its banks during a period of spring flooding and sending a branch around the west side of Mesilla. Twenty years later, the entire river moved along this new course.

This is an important lesson: that, as William Cronon has put it, “Wilderness is not quite what it seems.” Landscapes—and waterways—change. We are used to thinking about this kind of change as provoked by human intervention, in the context of urbanization or industrial development. But even places that appear to be “wild” or a “natural” state transform with no help from humans, over short periods of time. Union and Confederate soldiers operating around Mesilla in the 1860s would not have recognized a map of the area even a generation later.

I left the banks of the Rio Grande and drove up toward San Augustin Pass and the Organ Mountains on U.S. Highway 70. Even though I was newly skeptical of the historical maps of the area and their correspondence to maps today, I was pretty sure that this road very roughly corresponded to the retreat route the Union soldiers took on that late July day.

As I drove up toward the pass, I noted that the road inclined sharply in the first couple of miles, then leveled out—but that it continued to gain elevation (slowly) for the next ten miles. This was interesting; I had assumed that this part of the desert floor was flat. It was, in a way. It was just flat at an incline. This partially explains why the column slowed down as they progressed; not only did the sun come up and the temperature rise, but both humans and animals were struggling uphill for almost the entire march. About two miles from the summit, the road pitched up to a much steeper grade—the approach to the pass.

As I drove up this section, I spied a historical marker on the other side of the highway. I made a mental note to check it out on the drive back. At the top of the pass, I got out of the car at an overlook and spent some time pondering the Tularosa Basin. Somewhere along the road down this side of the mountains was the location of the mining town of San Augustin Springs, where Union troops staggered to a stop, begged for water, and surrendered to John Baylor. Most accounts of the retreat noted that this town was about five miles beyond the pass, near the Basin floor. I scanned the roadsides on my drive down the eastern side, but there were no indications of where the town had been. Another unsuccessful attempt to position the history of this event in place.

When I drove back over the pass and down toward Las Cruces, I pulled over at the historical marker. This took some doing, as it was partially hidden by vegetation, and the pullout was only about ten feet wide. I parked and went to look: “The Site of San Agustin Springs,” it said. What? I looked up toward the pass, about a mile up a steep incline. If this marker was correct, then the Union retreat was six miles shorter than reported, and the federals actually never made it to the pass.

The presence of this marker throws most of the historical documents of the retreat into doubt—and a number of historical maps as well—unless the marker itself is wrong. The state of New Mexico began placing historical markers along roadways in 1935; any person, group, government agency or corporation may submit proposals to place one. I am waiting to hear back from the New Mexico State and National Register coordinator regarding the history of this particular sign—when it was placed, and what texts or archaeological studies state officials used to locate the location of this town that no longer exists. The process of marker placement in general is complicated and often involves disputes; I am hoping that the New Mexico Historic Preservation Division will be able to point me to records that will help me reconcile the landscape with the historical accounts.

So it appears that a place you thought was historical may not be historical at all. My experiences in southern New Mexico made me realize that sometimes, the landscape itself elucidates written and visual texts and helps us to understand past events; at other times, it reveals the uncertain nature of historical sources.

Review: Travels to Hallowed Ground: A Historian's Journey to the American Civil War by Emory M. Thomas
By: Harry P. Owens
The Georgia Historical Quarterly, Vol. 71, No. 4 (Winter, 1987), pp. 739-740
Georgia Historical Society
Harnessing the Romance of the Past: Preservation, Tourism, and History
By: Patricia Mooney-Melvin
The Public Historian, Vol. 13, No. 2 (Spring, 1991), pp. 35-48
University of California Press on behalf of the National Council on Public History
FORT FILLMORE, N.M., 1861: PUBLIC DISGRACE AND PRIVATE DISASTER
By: A. Blake Brophy
The Journal of Arizona History, Vol. 9, No. 4 (Winter 1968), pp. 195-218
Arizona Historical Society
Reviewed Work: Narrative of the Surrender of a Command of U. S. Forces at Fort Fillmore, New Mexico, in July, A. D. 1861, with Related Reports by John R. Baylor, C.S.A., & Others by Major James Cooper McKee
By: Stephen B. Oates
The Southwestern Historical Quarterly, Vol. 64, No. 3 (Jan., 1961), pp. 421-423
Texas State Historical Association
Status and Adobe Quality at Fort Fillmore, New Mexico: Old Questions, New Techniques
By: Edward Staski and Joanne Reiter
Historical Archaeology, Vol. 30, No. 3 (1996), pp. 1-19
Society for Historical Archaeology
The Trouble with Wilderness: Or, Getting Back to the Wrong Nature
By: William Cronon
Environmental History, Vol. 1, No. 1 (Jan., 1996), pp. 7-28
Oxford University Press on behalf of Forest History Society and American Society for Environmental History
The Case of Historical Markers in the Twenty-First Century
By: GARY WALRATH and ROBERT WEIBLE
History News, Vol. 61, No. 1 (WINTER 2006), pp. 19, 21, 23-24
American Association for State and Local History 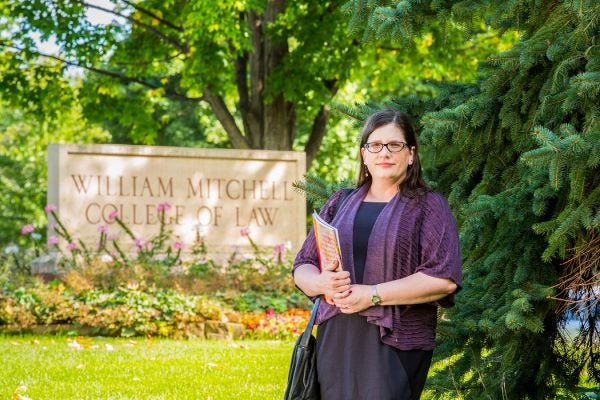