A 2017 study for an 80-story wooden structure in Chicago was an opportunity to examine the potential for the building material’s future. 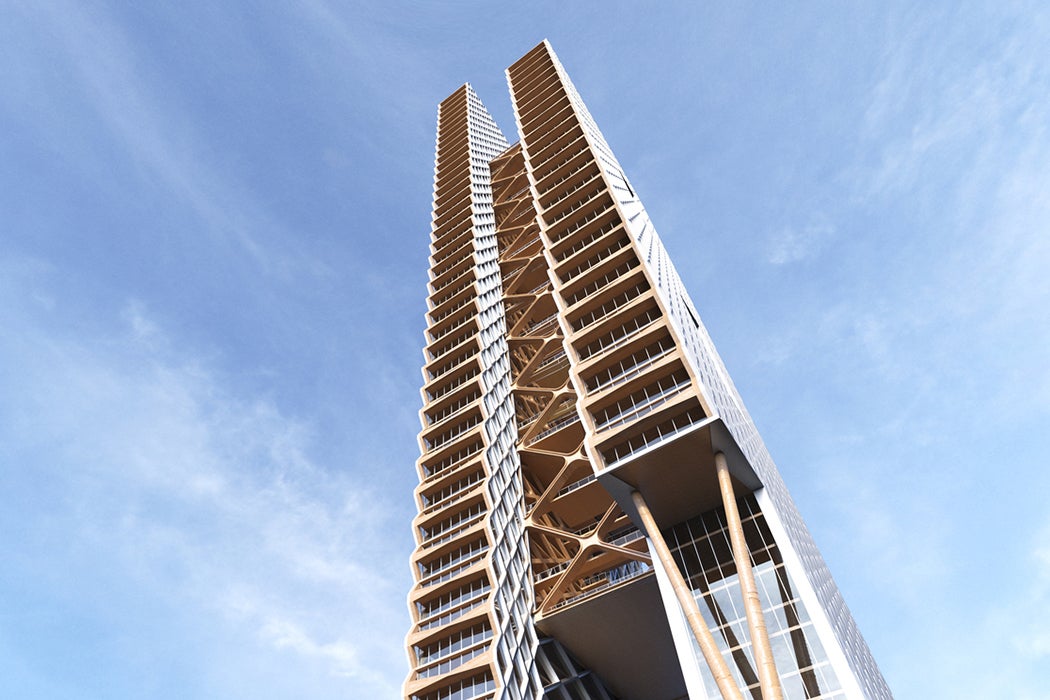 Wood is one of the oldest-known building materials, its use dating back 10,000 years. But in recent history, other materials have been favored, such as steel, cement, and plastic components. A new movement is seeking to bring wood back, and build taller with timber.

A 2017 study, led by architect Jeff Sanner and a team of designers, engineers, and researchers, examined the efficiency of using wood in skyscraper construction in Chicago, seeking to identify the strengths and challenges of building with wood in a modern city structure.

While the River Beech Tower wouldn’t be the first wooden tower in the United States, it would be one of the tallest.

The study’s area of interest, a proposed building in Chicago, would be the tallest wooden tower in the United States, if completed. The River Beech Tower is a collaborative project between architects, the city of Chicago, and the University of Cambridge’s Centre for Natural Material Innovation. Designed to be a residential, eighty-story-high structure on the south branch of the Chicago River, its height is similar to that of other residential buildings in the city. While the River Beech Tower wouldn’t be the first wooden tower in the United States, it would be one of the tallest.

Europe is already a leader in wooden building, with completed timber and hybrid timber projects in Sweden, Norway, Italy, the United Kingdom, and other countries. Most of these completed structures range from seven to fourteen floors, but proposed projects around the world seek to build up to thirty-five floors.

Sanner and his team confirmed that the proposed design of the River Beech Tower–two narrow, connected towers–is advantageous to the natural properties of wood, and would create a stable environment. (A wooden tower would need to be more narrow than one made of steel, due to the properties of the building material.) “This connection couples the structures together to act as one, maximizing the superstructure’s performance and minimizing member stresses.”

The study also found that the builders and architects should expect to use more timber than if they were building with steel or concrete. This is partially because building with mass timber requires cross-bracing, a technique that enhances stability and is considered a favorable design. (Mass timber refers to wood products that are engineered to be as strong as concrete and steel via manufacturing.)

The authors highlight further material-specific considerations when building with wood, such as fire- and wind-proofing. There are several different avenues to bring contemporary wood structures up to building-code safety specifications, both time and cost-intensive but also essential.

Despite these challenges, this exploratory study suggests that the benefits of building with wood could have lasting positive impacts on the environment and society.

The authors conclude that “[t]he increased value of timber that is expected to result from its use as an engineered construction product is likely to confer increased value on well-managed forestry. This is less critical in Europe and North America, where there is a long tradition of responsible forest management—but in many parts of the developing world, this may be a key driver towards better long-term forestry practice.” 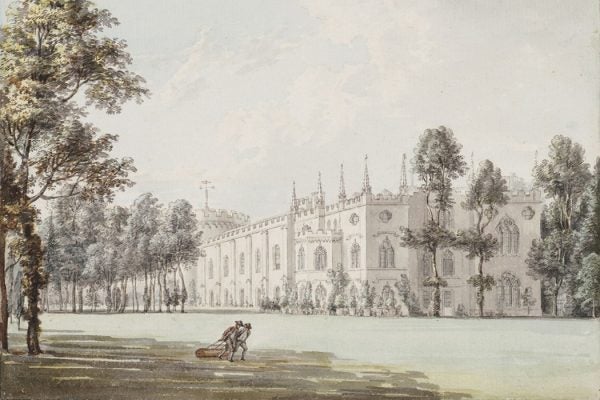 Is This a Gay House?

The British aristocrat Horace Walpole's villa Strawberry Hill was said to be evidence of his "degeneracy."