Is This a Gay House?

The British aristocrat Horace Walpole’s villa Strawberry Hill was said to be evidence of his “degeneracy.” 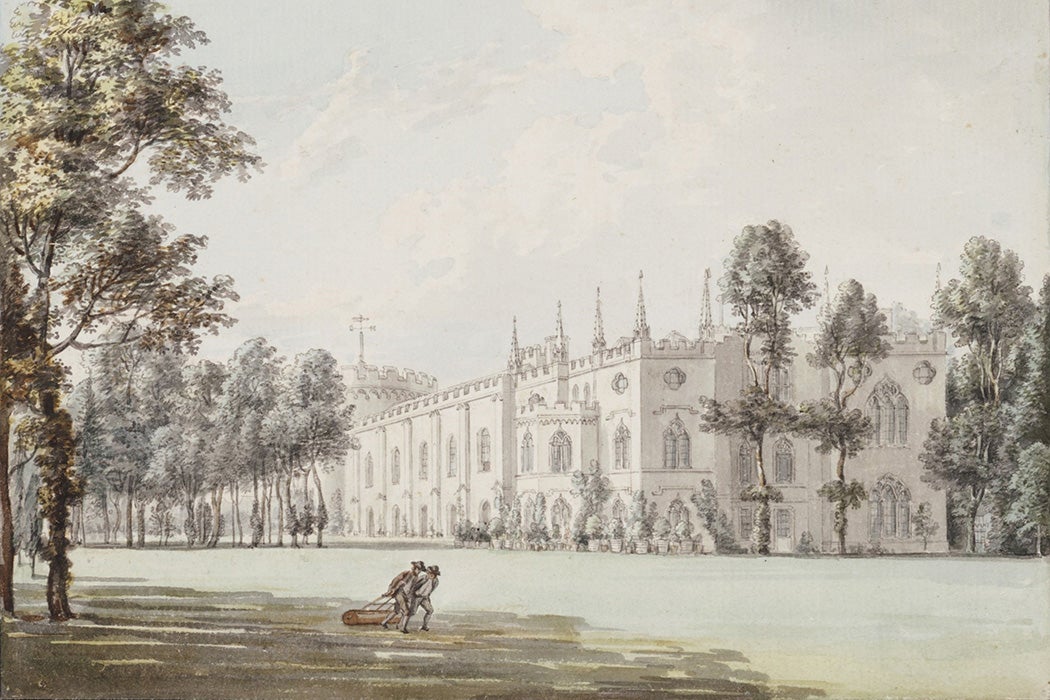 The eighteenth-century British aristocrat Horace Walpole’s villa Strawberry Hill, a Gothic confection near London, is a highlight of any introduction to Western architecture. But it also says a lot about Walpole and his “sexual subjectivity,” according to scholar Matthew M. Reeve.

The prominent historian Thomas Babington Macaulay said that the “grotesque house with pie-crust battlements” was the product of Walpole’s “diseased and disordered mind.”

This was a “third sex” that was “neither male or female.” Reeve argues that it foreshadowed “the modern category ‘homosexuality.’” It was based “in part on the perception of a mixture or corruption of genders: the adoption of ‘female’ manners rendered males effeminate, a regular adjective for men of the third sex.”

In his time, critics of Walpole and Strawberry Hill merged architecture and sexuality in a discourse of “degeneracy.” The prominent historian Thomas Babington Macaulay said that the “grotesque house with pie-crust battlements” was the product of Walpole’s “diseased and disordered mind.” Another typical critic ascribed Walpole’s architectural and personal “whim and foppery” to his very “nature.” Palladian classicism, meanwhile, was, in the words of one of its most famous practitioners, Inigo Jones, “masculine and unaffected.”

The “licentiousness” attributed to Horace Walpole referred to his villa, his fantasy of the Gothic Age, and his sexual self. Walpole would essentially be “outed” in 1764 in William Guthrie’s Reply to the Counter Address, which revealed Walpole’s love for his male cousin. After this, Walpole tried to make himself, as he put it, “more manly,” to counteract the political, moral, sexual, and aesthetic attack launched against him.

“The relationship between patron and building can now be usefully understood as a doubling of Walpole’s self: a projection of Walpole’s ego that was the subject of his narcissistic desire, while also ensuring his immortality after his death,” writes Reeve.

Strawberry Hill, which Walpole called his “closet” more than once, underwent a major renovation at the turn of this century and is open to the public (in non-pandemic times). We will never know whether Walpole’s bid for immortality will ultimately be successful, but this particular monument has now lasted more than two centuries. 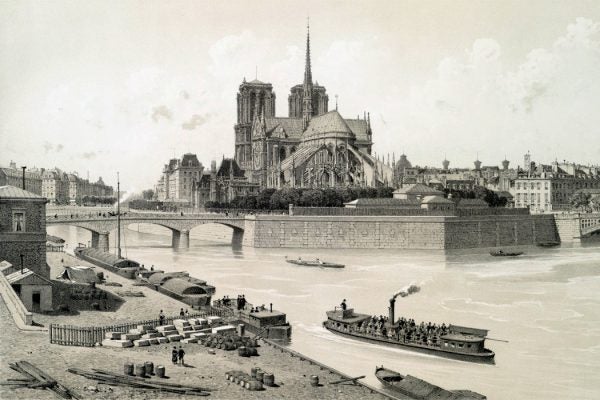 The famous Paris cathedral was built over many centuries, reflecting the growth and evolution of Paris itself.