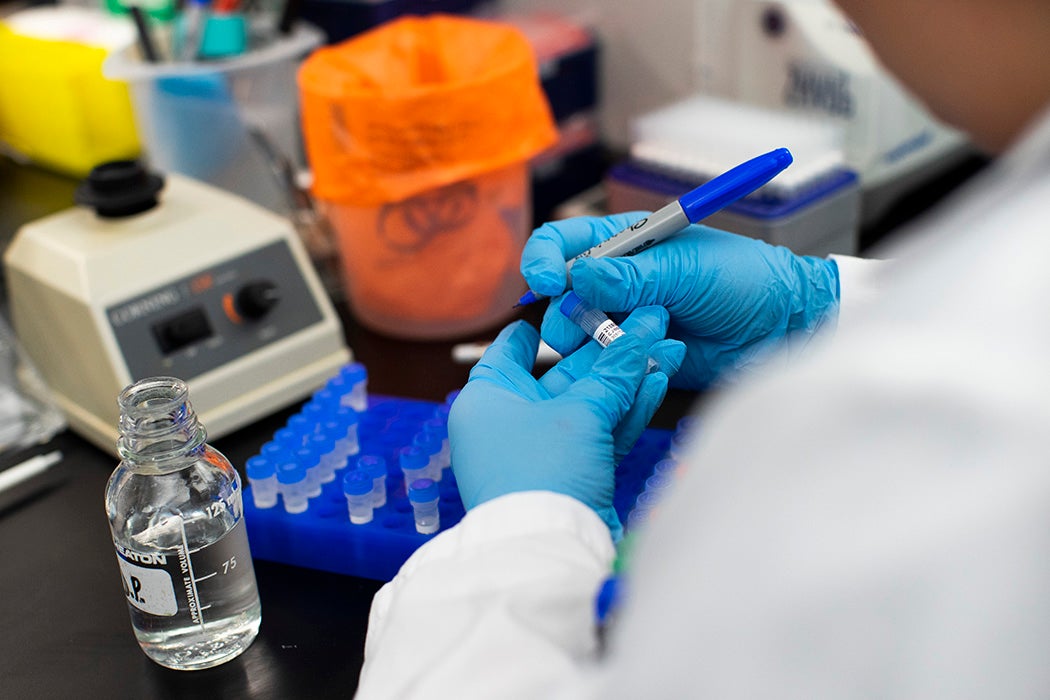 A researcher works in a lab that is developing testing for the COVID-19 coronavirus in New Jersey
Getty
By: Eric Schewe
7 minutes
Share Tweet Email Print

The world faces an increasingly serious medical threat from the novel coronavirus known as SARS-CoV-2. The virus causes a respiratory disease dubbed COVID-19 that appears to be much less deadly than the earlier incarnation of SARS that spread worldwide in 2002-2003. This has increased the likelihood that it could infect a much larger population, as many people are able to incubate and transmit it with no symptoms. Although it has an estimated mortality rate between 0.5% and 3% in countries with widespread testing, if the coronavirus spreads to the population at large, it could kill millions. People older than 60 and those with preexisting health problems are particularly vulnerable.

The speed with which it has spread and the seriousness of this crisis has surprised many—but not virologists. As the world economy has globalized, the risk that a new infectious disease can break free of regional quarantines has increased. Epidemics have often occurred in other historical eras of expansion, such as the smallpox plagues that afflicted the Roman Empire.

As globalization has ushered in an era of prosperity for the middle and upper classes, there’s been a disinvestment from scientific studies and government programs designed to mitigate epidemic disease. The current administration has been caught unprepared for the coronavirus, and seems to have suppressed information from the CDC about its failings. Moreover, the CDC is also preventing medical labs from using the coronavirus tests they have in their possession. Critics claim this is to keep numbers of confirmed infections artificially low.

It is not, I would argue, that the Trump administration has politicized coronavirus. It is that the coronavirus scare proves that scientific research has a political component. Whether or not certain research programs have immediate, profitable applications or are merely pure research, who they benefit, and whether they have a savvy public relations effort all determine whether they get public support and funding. Results that threaten the economic or political interests of powerful groups run the risk of being actively suppressed. The science of coronavirus and its containment pose immediate political issues related to the freedom of information, civil liberties, and human rights.

When Information Is Politicized

The spread of coronavirus is a scientific fact. It is a real organism with a genome that has been mapped (although it is also continually mutating). Yet the way medical and scientific institutions, the news media, state agencies, and interstate organizations test for the virus, gather statistics, and share or suppress news about it is political. These actors have to process new information and fit them to their often competing goals. Language, down to a single word, can have a powerful impact on the effort to suppress diseases.

The World Health Organization, for instance, waited until March 11 to name the spreading coronavirus disease a pandemic. The WHO defines a pandemic as the “worldwide spread of a new disease” that infects significant populations. This definition allowed the WHO to shape its discourse and press releases based on political factors. Clearly it faced political pressure to prevent the spread of a different sort of infection—mass panic, which could affect economic and political stability. Yet complacency seems to have encouraged individual states not to begin preparations until it is too late to prevent community spread among large populations of infected people—the precise reason it finally decided to make the announcement.

Sudeepa Abeysinghe argues the WHO struggled over classifying the spread of H1N1 in 2009 and 2010 in a similar fashion, failing to communicate to the public functional information about the event. At that time, the WHO had a graded risk alert system for contagious illness outbreaks with six “phases” ranging up to the final phase and an announcement of “pandemic.” The definition of the phases were tied to geographic spread, without taking into account more nuanced factors like the severity of the illness or intensity of local spread.

This uncertainty led the WHO to refrain from declaring the sixth “pandemic” phase, even when the geographic spread of H1N1 alone would have warranted it. The scheme was based on expectations of influenza contagion and mortality pegged to the most serious historical cases, such as the 1918 Spanish Flu. In response, rather than further refine the gradations between seasonal flu and novel viruses, the WHO has abolished graded systems altogether. The need for political flexibility is often given priority over scientific precision in public communications. As of March 11, the WHO appears to be committing to a position calling world governments to take stronger and more immediate measures to stop the spread of coronavirus.

In the past few weeks, China has reported fewer new cases of the novel coronavirus, after it spread quickly through the country from Wuhan in late January and early February. It is apparent that the decline in cases has occurred because of China’s willingness to impose strict quarantines on the movement of people. But equally important is its control over the flow of information. The level of surveillance extended to the point that the government used mobile apps AliPay and WeChat to track and stop the movement of infected individuals.

The range of public opinion about the Chinese strategy has been extremely broad. Many articles, such as the one cited above, implicitly praise its effectiveness while stating “it may not work” in countries with more freedom. Others point out that concerns over COVID-19 may be enabling China’s authoritarian tendencies by giving license to habitual civil liberties and human rights abuses. These include wide censorship, the harassment of political advocates, and racism and xenophobia against ethnic minorities and expatriate groups.

How many restrictions can governments ethically impose on their populations?

In democracies, particularly federal ones like the United States, the central government does not have the power to impose such wide-ranging controls. The political scientists P. Edward French and Eric Raymond, writing in the Public Administration Review, present the many ethical dilemmas a serious pandemic would pose for local governments.

How many restrictions can governments ethically impose on their populations? Can they prevent people from going to work? Even the decision to close schools can impose significant hardship on working families. New York City has recently announced it would not close public schools, which provide meals and basic services to poor and homeless children.

If governments eventually deem strict quarantines necessary, the authors argue that the most ethical thing for them to do is to be transparent about their planning and decision-making with the public, as early as possible. This would allow populations the time to adjust their habits to the new regime. Further positive steps would be to impose new state or private sector welfare regimes that support people staying at home, such as paid sick leave.

The coronavirus has put a very fine point on an argument climate activists have been making for a long time: we are all in this together. If wealthy people and powerful countries do not extend help to the most vulnerable populations and poorest countries, they will increase the likelihood the infection will spread throughout the world. Yet our societies are riven with inequalities that seem far too difficult to overcome on such a short timescale.

Moreover, the authors found plans implicitly expressed the elite interests of the authors. “Countries have been quicker to develop policies for protecting those who may become disadvantaged by a pandemic than they have been to address the needs of those who are already disadvantaged,” they argued. In the case of mass poultry culling to stop avian flu, this included readily supporting the insurance industries that compensated industrial farmers, while not planning compensation for small farmers.

The biggest inequality in pandemic planning the authors found was not in any given domestic plan, but in the difference between wealthy and poor countries. It is contentious enough to assert that the state should provide any vaccine to the public at a low price or for free in countries with for-profit pharmaceutical and health industries. Which country or countries would undertake to manufacture and distribute vaccines to entire countries across the global South? International organizations like the WHO, which largely play a diplomatic and informational role, simply do not have the resources at present to bridge this gap.

Depending on the virus’ spread in the coming months, and its recurrence in the winter of 2021, the world will face stark questions about the role of local, national, and world governance in maintaining public health. It may be time for a new social contract that reaches across national borders. The alternative is difficult to comprehend. 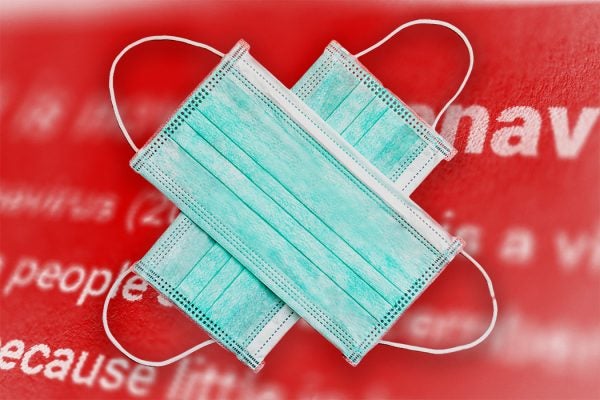 How do innocuous words become insidious in the face of a public health emergency?