Will Optimistic Stories Get People to Care About Nature?

Research shows that negative messaging is not the most effective way forward. 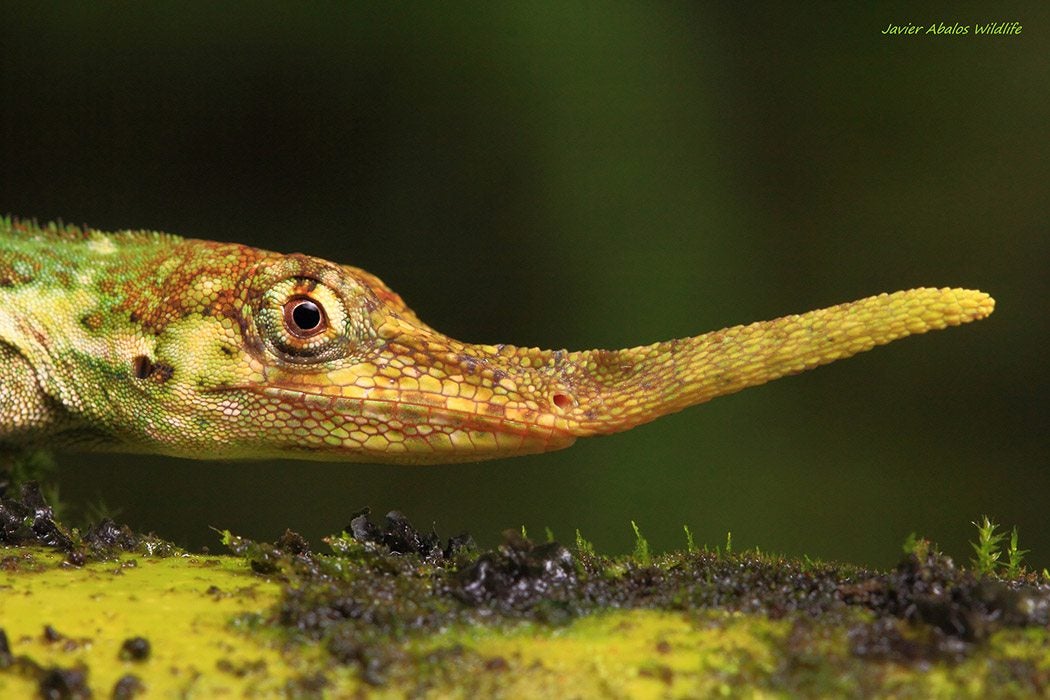 The Pinocchio anole lizard (Anolis probiscis) was first described in Ecuador in 1953, then believed to have become extinct until it was rediscovered in 2005.
via Javier Abalos Alvarez/Flickr
By: Diogo Verissimo
4 minutes
First Appeared on The Conversation
Share Tweet Email Print

Nature doesn’t make the news often these days. When it does, the story usually revolves around wildlife on the brink, record-setting climate extremes or ruined landscapes. However, that is not the whole story. There is also good news, but it often receives little attention.

It is easy to see how bleak accounts of the state of the planet can overwhelm people and make them feel hopeless. What is the point of even trying if the world is going down the drain anyway?

To muster public and political support on a scale that matches our environmental challenges, research shows that negative messaging is not the most effective way forward. As a conservation scientist and social marketer, I believe that to make the environment a mainstream concern, conservation discussions should focus less on difficulties. Instead we should highlight the growing list of examples where conservation efforts have benefited species, ecosystems and people living alongside them.

The power of positive messages

This question is not new. Professionals in many fields have to consider how to frame their messages to maximize their impact. For example, public health agencies can make positive recommendations that emphasize benefits of being disease-free, or use negative messages that focus on the consequences of disease. A 2008 meta-analysis of 60 health communication studies concluded that messages focused on loss were less likely to be effective than positive messages.

Another study examined ads designed to persuade income support recipients to report their incomes. It concluded that messages focused on fear, shame or guilt could generate emotional backlash, in which people rationalized decisions to protect themselves from feeling ashamed of their behavior. This approach also caused emotional saturation that led people to “switch off” from the message because of its negativity.

Environmental advocates also confront this challenge. Much discussion has centered on the issue of climate change, where a number of scholars and advocates assert that doom-and-gloom messaging has not been effective. Yet until recently, we have not asked the same question about how we frame nature conservation.

Today a growing number of scholars and activists are working to create a positive vision for protecting wildlife and wild places. One key effort started in 2014 with the launch of a marine conservation movement called Ocean Optimism, which works to “create a new narrative of hope for our oceans,” and by doing so, to help move towards “a sustainable future for our seas.”

In April 2017 the Earth Optimism Summit, organized by the Smithsonian Institution, brought together environmentalists, scientists, industry and the media to shift the global conservation movement’s focus away from problems and toward solutions. What started as a single event in Washington, D.C. soon turned into a truly global movement, with about 30 sister events in countries including Colombia, New Zealand and Hong Kong.

This effort has kick-started a range of initiatives that are all about communicating conservation bright spots to as many people as possible. One, which I co-founded, is the Lost & Found project, sponsored by the Society for Conservation Biology and the British Ecological Society. This online storytelling initiative focuses on a particularly inspiring kind of good news: rediscovering species that once were thought to be long extinct. After all, what can be more rousing than recovering something unique that you thought was lost forever?

Every year numerous species thought to have disappeared are rediscovered. Over the past century more than 300 species have been rediscovered, mostly in the tropics. On average, these species were missing for about 60 years before being rediscovered. Most rediscovered species have restricted ranges and small populations, which means they are usually highly threatened.

Our goal is not only to tell good stories, but also to showcase the dedication and determination of adventurers who lead these improbable quests and rewrite the history of species they care deeply about. While not every reader may be interested in a red-crested tree rat or a golden-fronted bower bird, all humans are curious about other people.

Lost & Found is making content available in various formats, including text, comics and soon, video animations. This helps make the stories more accessible to people who are not instinctively inclined to read about nature. Currently we have 13 stories freely available online that feature diverse species, from squirrels and toads to bats and birds. They cover a wide geographic range, from Latin America and Oceania to North America and Southeast Asia.

The response has been tremendously positive. More than 1,000 people from over 50 countries visited the website in its first 10 days. Some of our more popular stories, such as the Bulmer’s Fuit Bat and the Cave Splayfoot Salamander, are animals that would commonly not be considered particularly charismatic.

Getting these inspirational rediscoveries into the hands of as many people as possible is a first step toward creating a more positive vision for Earth’s future. The timeless principles of storytelling seem like the right place to start. After all, who doesn’t love a happy ending? 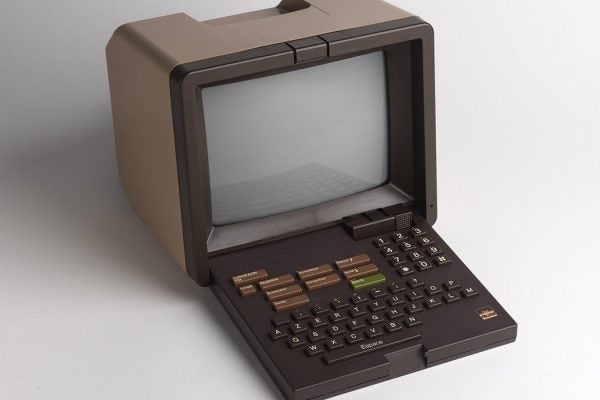 Thank Minitel for the French Election

Minitel gave the French a very specific experience of the digital realm, compared with other places where networked information arrived via the internet.