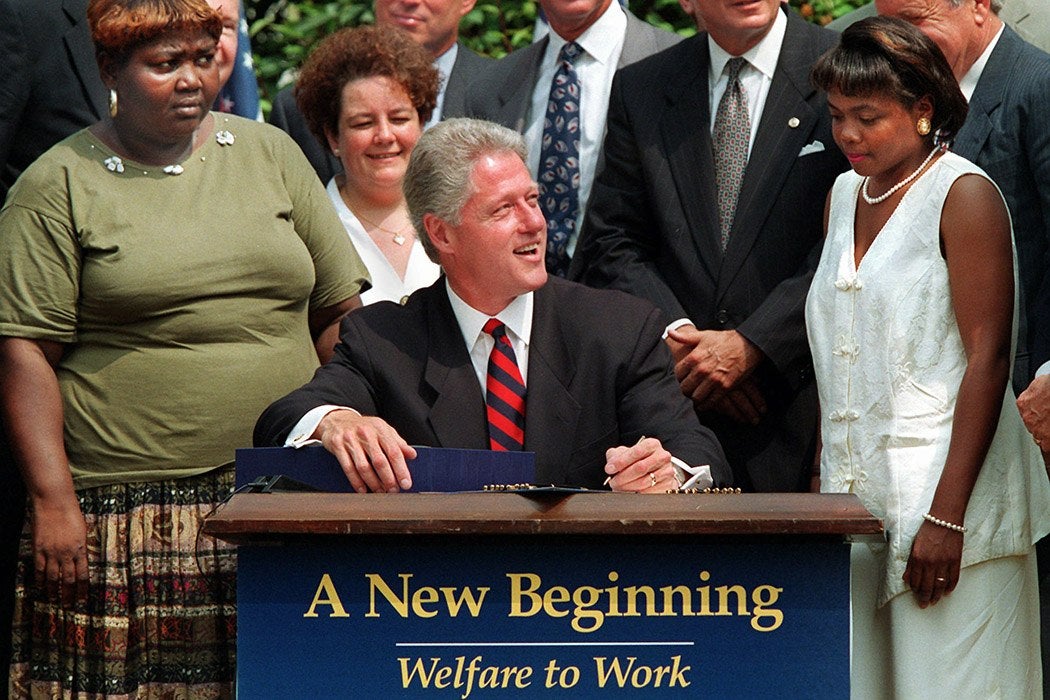 It’s been 20 years since Bill Clinton signed the law to “end welfare as we know it.”

At the time, many Democrats saw the US cash welfare system not only as a deeply flawed program but also a political liability. As Joe Soss and Sanford F. Schram explained in a 2007 paper, some pundits and politicians argued that anti-poverty programs had become a wedge issue that drove white, working-class voters away from the party. These voters were understood to oppose welfare because they associated it with an unwillingness to work—and, particularly, with a stereotype of lazy black recipients. The idea was that by firmly backing a welfare reform agenda centered on work, “New Democrats” like Clinton could regain these voters’ confidence and convince them to support anti-poverty programs.

The reform law did encourage welfare recipients to seek work, while making it much more difficult for people to receive benefits at all (and leaving many people in deep poverty). The number of families receiving cash assistance dropped from a peak of 5.1 million in 1994 to just over 2 million in the early 2000s.

But Soss and Schram found that public attitudes toward welfare didn’t really change. In 1989, 64 percent of the public thought “welfare benefits make poor people dependent and encourage them to stay poor.” In 2003, 71 percent agreed with a similar statement.

Twenty years after welfare reform, public perception of its recipients hasn’t changed much.

In the post-reform era Americans were not any less likely to associate anti-poverty government policies with the term “welfare,” or any less likely to blame poor people for their poverty. Links between anti-welfare and anti-black sentiments also remained strong. And, despite the bipartisan nature of the 1996 welfare reform law, the public continued to associate welfare closely with the Democratic Party.

Why did such a significant change in the facts on the ground fail to change people’s perceptions? Soss and Schram suggest it’s because welfare was both highly visible to most voters and distant from their day-to-day concerns.

Welfare was something everyone had heard of, and most people had strong feelings about. “It was shorthand for a liberal social-policy regime that permitted and paid for irresponsibility among the underclass,” the authors write.

Yet, even when the program was at its largest, no more than 6 percent of Americans received cash welfare, so most people weren’t actually affected by the changes within the program. Their image of welfare was less about the changing contours of the actual program than about longstanding stereotypes of the lazy poor that have existed in one form or another—think of the so-called welfare queen—since long before welfare became a big political issue in the 1980s.

“The underlying images exist as cultural resources,” the authors conclude. “They can be, and at times have been, successfully contested with alternative images and discourses. But they cannot be negated by removing any single symbol—even one as potent as ‘welfare.’” 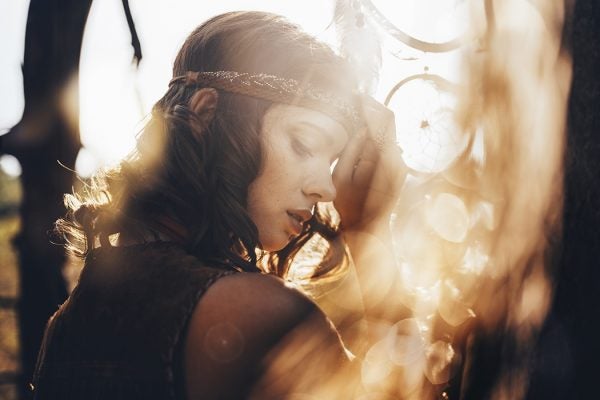 Is the New Age Movement only for wealthy white women?