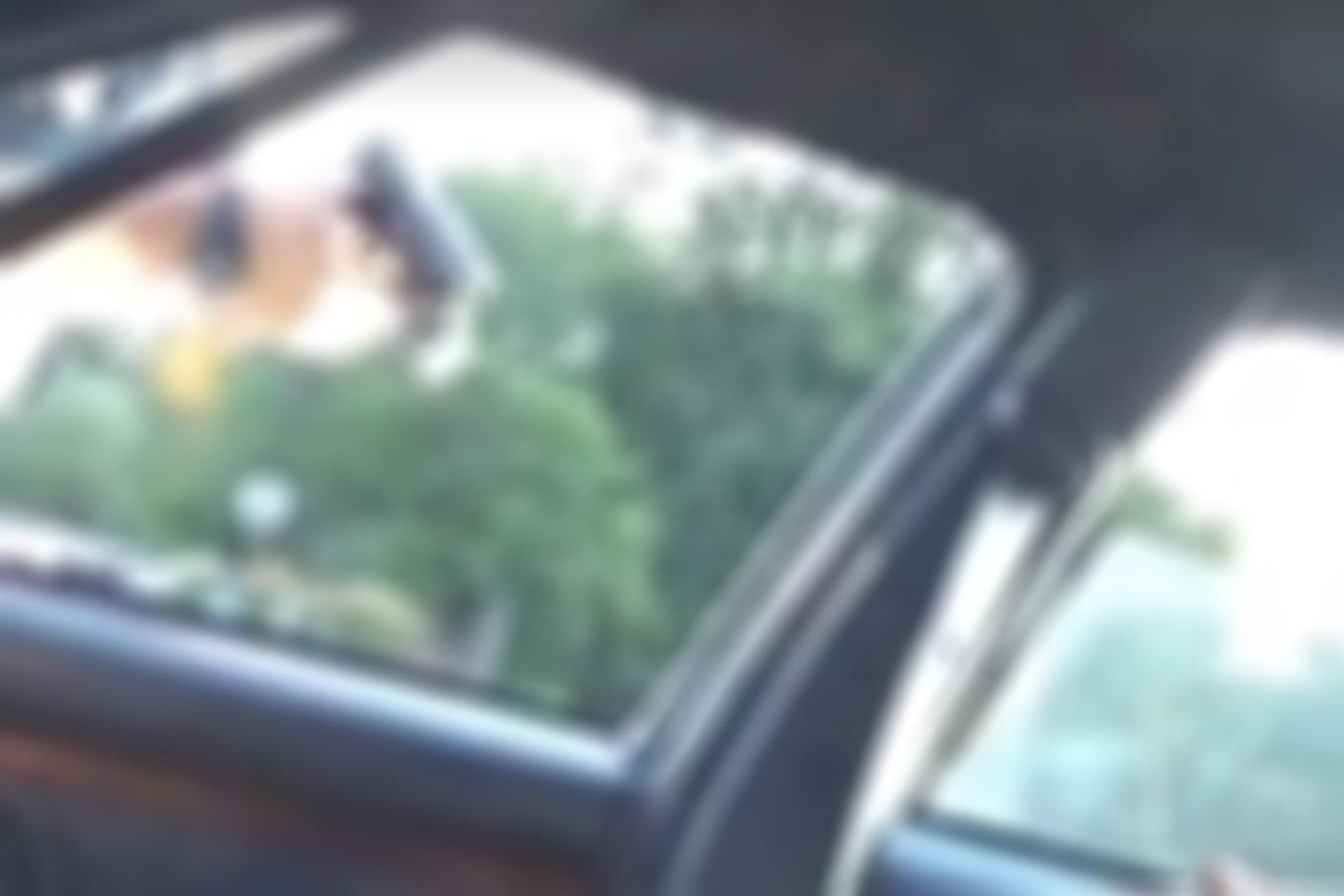 Every time a video of police violence against black citizens is posted on the internet, we are confronted with a choice: to watch or not to watch. In a recent essay published on this website, activist-scholar Alexandra Juhasz considers her own decision not to watch what she calls “viral black death.” While I respect her instinct to avoid numbness and the overwhelming despair triggered by this violence, as an attorney, African American historian, and scholar of black masculinity, I believe that we have a responsibility to #staywoke and look. We should acknowledge and absorb the pain captured in the videos, just as antiracist activists bore witness in the past to gruesome photographs of lynchings.

Ultimately, Juhasz agrees that we “must take responsibility for our own acts of looking,” and applauds Diamond Reynolds’s wise and brave decision to record, air, and document her fiancé Philando Castile’s death at the hands of police. Indeed, Juhasz’s years of scholarship and activism enable her to recognize the humanity of black victims. But I contend that most Americans need to look at viral black death to internalize another perspective, removed from the narratives of white (oftentimes male) authority figures.

To understand why, we might turn to W.E.B. Du Bois’s philosophy of double consciousness, which posits that black images are viewed through a “white supremacist gaze.” As Shawn Michelle Smith reminds us in her essay, “’Looking at One’s Self Through the Eyes of Others’: W. E. B. Du Bois’s Photographs for the 1900 Paris Exposition,” most white Americans at the turn of the century derived their views of blacks “from the racist caricatures of Sambo, Zip Coon, and Jim Crow, stereotypes that fueled white fantasies of natural racial superiority.” For the 1900 Paris Exposition, Du Bois’s photographs of the “American Negro” exhibited portraits that subverted the dominant and negative perceptions of blacks in visual media and challenged the discourse and presumption of “black criminality”—the idea that all blacks are assumed to be criminals. Even today, racially charged rhetoric is used, as Shawn Michelle Smith says, “to demonstrate the imagined inherent inferiority of African Americans, and to justify increasing social surveillance, segregation, and violence.” When confronted about police brutality today, the police deploy and the media publishes “black criminality” narratives to excuse racial profiling, solicit the public’s empathy, and explain away deaths like Eric Garner’s or Castile’s.

On the 20th anniversary of the Million Man March, Charles D. Ellison asked for my reflections. I said that “the black male image remains the most demonized yet commoditized image in America . . . The justice system profits from the surveillance, scrutiny, and fear associated with black skin.” Diamond Reynolds subverted the distorted narrative of the black male image with her video narration, offering an alternative explanation of the often misunderstood, multi-complex truth of how and why blacks die at the hands of the police. In doing so, she defied a century’s worth of malignant representations. By creating a sense of marginalized black manhood that is neglected in the conventional narratives of police killings, Reynolds compelled the media to tell stories reinforcing Castile’s humanity, to write about him as an individual, rather than a caricature of the dangerous, criminal black everyman.

Not looking at videos like Reynolds’s allows us to claim ignorance of the legal injustice experienced by minorities. Ignoring the specific videos of Castile and Alton Sterling’s deaths is akin to them dying in vain, denying them postmortem acknowledgement as human beings. Saying their names and others (via social media hashtags), such as #PhilandoCastile, who have died by the hands of the police is a roll call for justice. When people alienate their gaze away from viral video, a society has the potential to wallow in impotence. No action is taken, responded to, or implemented by the public or grassroots activists who pressure for police reform.

The Legacy of Lynching

Photographs of public lynching from the 1900s to 1960s documented the horror of an unjust Southern society and the complacency of Northern whites. As Keisha N. Blain explains in “Ida B. Wells, Police Violence, and the Legacy of Lynching,” various scholars assert that the police killings of Castile and Sterling “represent the continuation of lynching culture in the United States. Today, black Americans die at the hands of police at a rate that is almost equivalent to the number of documented lynchings during the early twentieth century.” Without Ida B. Wells, the anti-lynching crusader and her denunciation of this white supremacist practice, “the implementation of federal policies that would protect black lives” may not have been legislated. Moreover, without the documented graphic depictions of tortured black bodies for white amusement and public shaming of blacks, complacent Northerners and Southerners who condoned the practice may have kept these heinous crimes an open secret. Wells forced America to look at itself and its morbid tradition of domestic terrorism, and forced white leadership to condemn the practice of lynching.

Amanda K. Frisken pays homage to the legacy of Wells in “A Song Without Words”: Anti-Lynching Imagery in the African American Press, 1889-1898.” As the editor of her newspaper, Free Speech, Wells challenged the lynching narrative and rebuked accepting it without any evidence or trial. Various other African American presses also published the disturbing pictures and postcards of “shooting, hanging, burning, and dismembering” of black bodies to prove that lynching happened, present visual critique, and redefine “the meaning of lynch mobs and their victims, and laid the groundwork for later forms of visual activism.”

But a real cultural shift came in 1955, when Jet magazine published an open-casket photo of Emmett Till, a 14-year-old boy murdered by a white lynch mob. Time magazine recently honored his mother, Mamie Till, in an article whose title speaks volumes: “When One Mother Defied America: The Photo That Changed the Civil Rights Movement.” Mamie Till, like those before her, exposed America’s racism when she granted permission for Jet to publish David Jackson’s photograph of Emmett’s body, which had been beaten, shot, wrapped in barbed wire, and discarded in the Tallahatchie River. According to Time, videos of Walter Scott, Tamir Rice, and Eric Garner in 2014 and 2015 evoke the same imagery of pain, sadness, and outrage as Emmett’s photograph, compelling Americans “to address, once again, the pervasive and inherent racial inequalities that still exist across the country.” Until Mamie Till altered the narrative of white innocence and black invisibility by forcing Americans to look and acknowledge the “brutality of American racism” and stop denying what “they couldn’t see,” blacks were lynched with impunity.

Sadly, violent images must be viewed by a diverse spectrum of Americans to mobilize social change. In Kenneth Bindas’s “Re-Remembering a Segregated Past: Race in American Memory,” when questioning blacks, interviewees welcomed the opportunity to talk about their daily struggles with racism. Conversely, white interviewees became uncomfortable and denied “responsibility or complicity for the past injustices” and remembered segregation through a nostalgic lens. Thus, the collective memory of blacks and whites differed in the early to mid 20th century due to their diverse experiences and the images they have viewed during their lifetime.

Historically, even when society viewed images of police violence on their televisions, there was a presumption of police innocence and assumption of black criminality. Everyday black narratives of oppression have never been entirely believed. Conversely, when that police abuse narrative is coupled with video, documented and systemic oppression depicting black persecution becomes more credible. Without this video validation, decades of claims were seen as nothing more than black criminals creating excuses for their resentment of the police. Videos provide the victim’s postmortem testimony and help root out bias in police accounts. In Sandra Bland’s case, for example, Brian T. Encinia was charged with perjury for making false statements in his police report, which contradicted the arrest dash cam video.

Given the ubiquity of cell phones and computers, whites and other allies have the opportunity to racially and collectively share the same societal pain as blacks and negate the one-sided narratives of black criminality after police shootings. Viral black deaths transport these murders out of the neighborhoods and globally shame those who attempt to cover up the unfavorable details of police abuse.

When viral black death transforms the white cultural gaze from perceived black criminality toward shared racial empathy, interracial efforts for reforming policing in America seem within our grasp. Without bearing eyewitness (even via video) to injustice, society does not offer itself the opportunity to transform and reconcile the frayed race relations of the past and present.

Even Ferguson, Missouri’s new African American police chief, Delrish Moss, believes the police should not be threatened by citizen videos because “they are forcing us to rethink some of our policies and some of our practices.” Since people want officers, police services, and fairness, Chief Moss insists that police need to get “thicker skin” and not perceive challenges to their practices as absolute opposition: “There would never have been a need to say ‘black lives matter’ if people didn’t feel that black lives didn’t matter prior to that.”

#BlackLivesMatter activist and journalist Shaun King is in the process of publishing a 25-point plan for police reform. For point 13, he insists that political activism must result in changes to the law. After viewing many of these viral black death videos, he’s convinced, like many black and white Americans, that a more educated police force, retraining, community-style policing, and deescalating violence is necessary for significant reform. But, in addition to reducing police violence, appealing police brutality cases to the Supreme Court is necessary.

Psychological health testing identifies and screens out “potentially violent individuals” and safer and more effective police departments, says researcher Michelle Travis. She concludes that those psychological tests would be more reliable if they “focus on addressing the job-related stress and other situational factors that may trigger police violence.” In Philando Castile’s video, the officer’s rapid-paced voice is alarming, as if his adrenaline is pumping to the beat of his voice inflections. Once the officer made an irreversible assumption of black criminality, the impulsivity ended an innocent man’s life.

Any civil-minded society should be concerned when police become judge, jury, and executioner without recourse or investigation into the circumstances. That’s why viral videos unite like-minded Americans who want to heal a century’s worth of troubled race relations. By acknowledging that resentment of authority derives from a history of black neighborhoods witnessing state-sanctioned violence, such as public lynching and police brutality, and understanding that there are a multitude of whites, after repeatedly viewing these viral videos, who are also now advocates of police reform, we may transform into a more just society. Perhaps we can build an America that is hopeful and not deteriorating on the inside from a centuries-long practice of anti-black racism.

That is, unless, we choose (not) to #staywoke and (not) look.