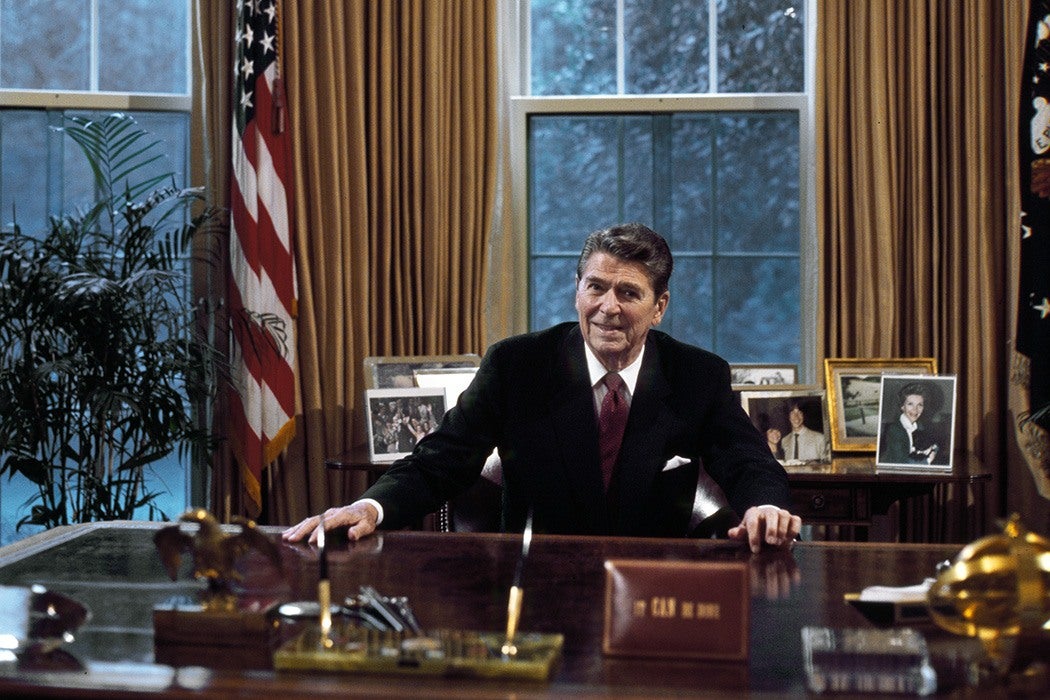 Some in conservative business circles are celebrating the idea that Republican control of congress and the presidency will bring the biggest rollback of regulations since the Reagan years. But how did deregulation, and related ideas about how to run the economy, become so central to American politics in the 1980s?

J. Craig Jenkins and Craig M. Eckert take on this question, starting not with Reagan’s election but in the early 1970s, when a group of business-backed organizations began building up new policy ideas. These groups included think tanks like the Heritage Foundation, the Hoover Institution, and the American Enterprise Institute (AEI), as well as organizations like the Chamber of Commerce of the United States (CCOS), the Business Roundtable, and the National Organization of Manufacturers (NAM), which do lobbying work and build policy consensus among their members.

The groups were united by a central idea: that “stagflation”—the unusual combination of inflation plus economic stagnation that took hold in the 1970s—was the result of Keynesian economic policy. Among their proposed solutions was a shift from bureaucratic regulations to “market-based” solutions.

A concerted campaign by business organizations and think tanks paid off under Reagan.

This wasn’t the only direction that business-backed groups could have taken. In fact, Jenkins and Eckert note, the Brookings Institution and Committee for Economic Development were also politically active, corporate-backed policy engines. But, unlike the deregulators, they tended to favor Keynesian policies.

The anti-regulatory groups advanced their plans cooperatively. They had interlocking boards of directors and coordinated their policy campaigns. For example, AEI produced studies arguing that new environmental and workplace regulations were to blame for up to a half of the era’s inflation and reduced economic growth by 2 to 4 percent a year. Then, when President Jimmy Carter sought to create a new Consumer Protection Agency, the CCOS, NAM, and Business Roundtable mobilized their members and helped defeat the plan, drawing on the studies to back up their agenda.

In the 1980s, the Reagan administration advanced the business group’s ideas, reducing the budgets of the Environmental Protection Agency, the Department of Energy, and the Occupational Safety and Health Administration by a quarter, Jenkins and Eckert write. Only the Democratic-controlled Congress prevented the president from abolishing them altogether.

“Although popular support for conservative policians may have accelerated these changes, these policy ideas had to be developed by the conservative BPOs,” they write.

Why did the conservative business groups succeed while the more liberal ones failed? In earlier eras like the 1930s and 1960s, Jenkins and Eckert write, policy generators like Brookings might have joined forces with popular protest movements to advance their agenda. But, with those forces less active in the ‘70s and ‘80s, the conservative business establishment tended to carry policy debates.

The lesson? A concerted campaign by the business right can have a lot of success, particularly if there’s little counterbalancing action from outside the business world. 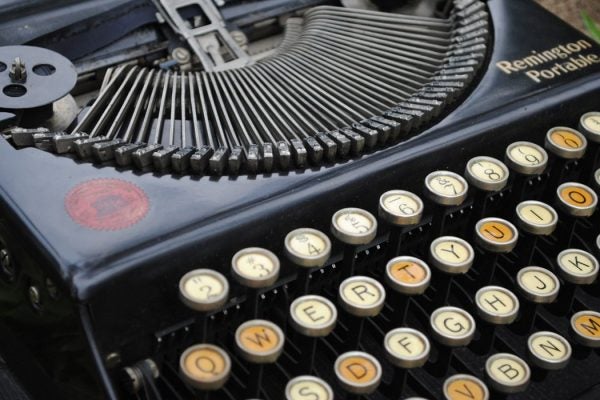 How did the QWERTY keyboard became the gold standard? The answer is probably not what you'd think. Welcome to the economic concept of "path dependence."