How did the QWERTY keyboard became the gold standard? The answer is probably not what you’d think. Welcome to the economic concept of “path dependence.” 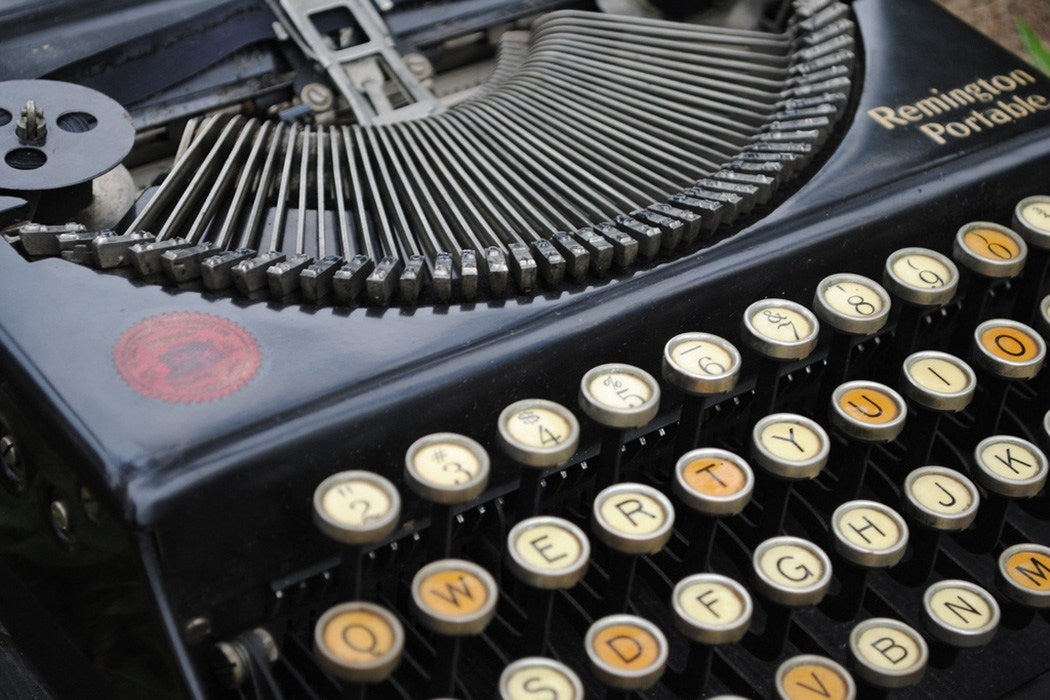 The contemporary human spends more time than ever before tapping out messages on keyboards, whether on computers or smart phones. And most of these keyboards are set up in the classic QWERTY configuration. The way letters are set up on our keyboards feels so natural most of us can type quickly without looking (right, grownups?). We don’t even have to think about where letters are, but rely on muscle memory and a sort of sense that “q” for example is a very upper-lefty kind of letter, while “m” is clearly a lower-righty sort of character.

After all, the technology around us has developed along an inevitable pathway, inexorably heading toward the best of all possible, Panglossian worlds, right? Which is why each new iteration of our computers and phones seem to work so intuitively—once we get used to them, anyway?

Or could it be that “historical accidents” control the making of the things of our world? Could it be, in fact, that some technologies become the standard simply because they are first to market, or championed by the more powerful marketing force?

Remington mechanics adjusted the keyboard so that “all the letters which a salesman would need to impress customers” were in one row: TYPE WRITER.

Welcome to the concept of path dependence. Paul A. David engagingly outlines the idea in his classic article “Clio and the Economics of QWERTY,” first published in 1985, a time of much keyboard-related upheaval. The way David tells it, the QWERTY keyboard was developed by Christopher Latham Scholes, a Wisconsin printer and tinkerer, who “was the fifty-second man to invent the typewriter” and filed for a patent in 1867. But the type bars in early “up-stroke” machines had a tendency to clash and jam up if operated too quickly. For six years Scholes struggled with the design, changing the alphabetical key orders this away and that, trying to perfect the typing experience. (Alternate histories have emerged, mind you, including these Japanese researchers who suggest that telegraph operators had more to do with creating QWERTY than is often acknowledged.) David notes that finally E. Remington and Sons, the famous arms makers, bought the rights for the machine. Their mechanics adjusted the keyboard so that “assembled into one row [were] all the letters which a salesman would need to impress customers, by rapidly pecking out the brand name: TYPE WRITER.”

Yes, friends, it was a sales gimmick. But it wasn’t quite enough, and the economic downturn of the 1870s threatened the machine’s success, as did competitors flooding the market with more efficient and intuitive keyboard setups. Keep in mind that most typewriters were used not by individual consumers but by business firms. These business firms began to train their typists in “touch typing,” based on the QWERTY keyboard. Guess who trained these typists? The Remington Company, of course!

Once the typists in the employment market were all trained to touch type on QWERTY, no business wanted to pay to retrain their hired fingers to learn a new system. Thus was QWERTY’s reign established, imprinting its pattern into our fingertips and synapses. As David puts it, “competition in the absence of perfect futures markets drove the industry prematurely into standardization on the wrong system…Outcomes of this kind are not so exotic.”

I believe there are many more QWERTY worlds lying out there in the past, on the very edges of the modern economic analyst’s tidy universe; worlds we do not yet fully perceive or understand, but whose influence like that of dark stars, extends nevertheless to shape the visible orbits of our contemporary economic affairs.

It kind of makes you wonder about all those other QWERTY worlds out there, alternate shadow dimensions full of the manufactured rain and pneumatic subways that almost took hold in our world, having influenced our economics—indeed, our lives—without us ever once considering them.

A new book is getting a lot of attention in the literary world right now…although its author died ...